Next week will mark the 15th anniversary of the genocide in Rwanda. It was on April 6, 1994, shortly after 9 p.m., that the plane carrying Rwandan President Juvenal Habyarimana went down in flames. Habyarimana , President Cyprian Ntayamira of Burundi, and six others were victim of a rocket fired by perpetrators whose identity and purpose remain unclear to this day. Some believe the order came from Rwanda's current president, Paul Kagame, who was then leader of The Rwandan Patriotic Front, a Tutsi-controlled rebel group. Others place the blame at the feet of radical Hutus, who supposedly planned to use Habyarimana's death as a pretext for ethnic cleansing.

Whoever gave the order, the consequences were tragic. The assassination ignited an orgy of violence. Somewhere between 800,000 and a million Rwandans perished -- well over a tenth of the population -- as the world looked on in horror; and did nothing. Work on "Against the Odds," my public radio documentary series, has taken me to Rwanda twice in the last year. I was trying to understand how a country copes with an implosion of such unimaginable magnitude. What I found is that, on the surface at least, the country is coping very well. There are few visible signs of the slaughter. Even the Hotel des Mille Collines (which became famous as "Hotel Rwanda") is now just another big, luxury hotel. During one visit, as I sipped a cocktail by the pool, an African visitor serenely did laps; it was hard to imagine a more peaceful scene.

Yet, clearly the past is not yet buried. When I was in the country, almost exactly a year ago, I stopped by the Kigali Memorial Center. The memorial opened in 2004, on the tenth anniversary of the genocide. Some 258,000 bodies, or parts of them, are buried on its grounds. Rugenera Pierre Desire, a Rwandan TV journalist, went with me to the memorial. The guard at the gate recognized Desire from his TV work; so we chatted with him briefly before entering. We had been inside maybe ten minutes when a terrible explosion shook the building. We later learned that someone had tossed a grenade at the site, instantly killing the guard we encountered only moments earlier. 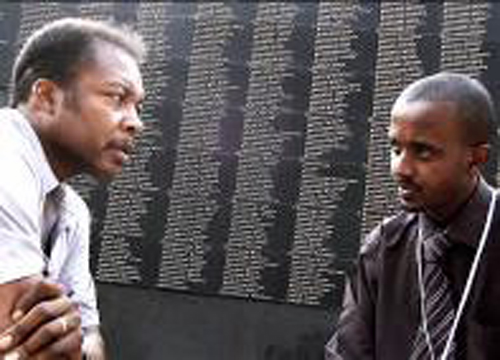 The culprit has not been caught. During my more recent visit, Desire speculated that a disgruntled Hutu may have tossed the grenade. "They are not happy that we... remember our relatives" during the official week of mourning, he said.

"After the plane" is a common phrase one hears in Rwanda, where memories are divided into two periods: the world before the plane went down and the world after. For in a country as tiny as Rwanda, virtually everyone was personally touched by the genocide. Virtually every family lost members -- or saw brothers turn into killers. As Anglican Bishop John Rucyahana told me: "Almost everybody knows someone who died, and knows somebody who killed somebody...We are dealing with the [still] fresh hurt of our people."

Bishop Rucyahana, who has opened a boarding school for orphans of the genocide and who also ministers to perpetrators in Rwanda's prisons, believes Rwandans have no choice but to reconcile: "We have to do it now...those of us who have ... suffered both the loss and the guilt. If we don't reconcile and live the witness to the generation coming after us, our children shall have no reconciliation in the next generation either. It's not an issue of waiting until the pain is over. It's now."

Rucyahana's point, of course, is that the past does not have to be forgotten or buried for one to move on; that sometimes life demands that you simply learn to live with the pain, and perhaps even embrace those who have caused it. 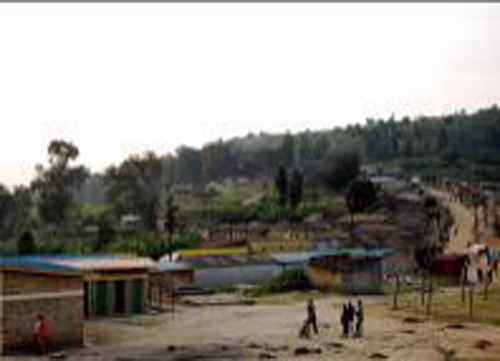 If there is one lingering impression I have of Rwanda, it is of a beautiful yet tortured country, trying very hard to manage its pain. And once a year, during the official week of mourning, there is an attempt at a collective release as Rwanda--with fanfare and music, with sobs and moans--solemnly remembers its dead. At a memorial service in a place called Bugesera last year, President Paul Kagame declared, "We have been wronged more than we have wronged."

The statement was part of Kagame's attempt to answer critics who had accused his men of complicity in post-genocide atrocities; but it was also an attempt to make a larger point; that Rwanda had to fight its way back from hell and that lots of hands (including those of the putative good guys) got bloody in the process. But in the end, he seems to be saying, Rwanda did what it had to do; it did it essentially on its own; and, all things considered, the result has not been so bad.

Rwanda has not yet fully recovered and it is not exactly reconciled; but it does seem to have learned the collective lesson that embracing the future does not necessarily require comprehending or coming to terms with the past.

Listen to Ellis' radio program and read more about the situation in Rwanda at www.elliscose.com