Whenever I tell people here in the United States about WiSci, they tend to struggle with comprehending what I did. When you hear about an American going to Africa, most people believe it is for a mission trip. I guess in some aspects I was on a mission, a mission for gender equality, but this trip wasn't about me feeding children or building a church. It may be hard for people to understand that I basically studied abroad in Rwanda, due to Rwanda's history and the stereotypes there are about the continent of Africa. When I tell people that I went to Rwanda, the first thing they ask me is if I was safe. I proceed to tell them that the only danger I felt was due to the bugs, not to the people. Then people ask something along the lines of "Was everyone there okay?" When they ask that, they are referring to the aftermath of the genocide that occurred in Rwanda in 1994.

Wherever I went in Rwanda, I felt safe. The country didn't look war-torn, things seemed peaceful. I spent time in both the city of Kigali, and in rural areas. Coming back to the United States made me realize how poorly informed many Americans are when it comes to their knowledge of Rwanda. I find it insulting that people will hold on to the stereotypes of unrest in Rwanda due to the genocide, but ignore the progress that the country has made since. Their constitution requires that women hold at least 30% of senior political positions, and since then Rwanda's female enrollment in parliamentary positions has grown higher than 50%, higher than any other country on the planet. I myself learned more about computers and being a leader during my three week stay in Rwanda than I have in my entire life. I'm proud to say that for three weeks, Rwanda was my home. 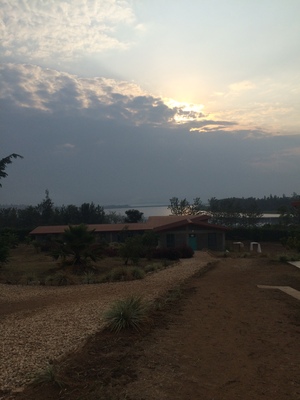 After returning to my true home, the United States, I realized that there are a few things America could learn from Rwanda, such as the government's impressive empowerment of their female citizens. Like I stated earlier, I learned much about computer sciences and leadership qualities while at the Gashora Girls Academy of Science and Technology. Women from a local business helped me to become acquainted with computer software, people from Microsoft and Intel introduced me to programming, and my counselors were the most ambitious and powerful group of women I have ever seen. They ran workshops about combatting stereotypes, creating networking skills, and serving our own communities. My own counselor, Vicky, was like a sister to me. That is why, after I returned to the United States, I feel it is important that I educate those who ask me about Wisci, about what is occurring in Rwanda. That the country is achieving in innovations with STEM, and they are allowing women to be rightfully equal to their male counterparts. That the country fostered 120 young girls from nine countries, and trained them to become the future leaders of the world. I learned so many lifelong lessons while in Rwanda, the place I called home for three weeks. 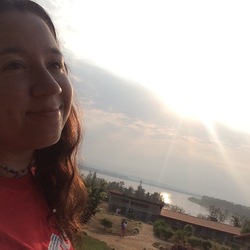 Ava Marie Lopez is a student at Fleming Island High School. She has been involved in her school's Girl Up club for over a year. She also holds a leadership position at her church's youth group. Girl Up has inspired her to become a better leader and to care for her community.