As Americans celebrate the Fourth of July and our independence from foreign domination, we might be surprised to learn that Rwanda celebrated its day of independence on July 1.

Americans are fiercely proud of this heritage, and so is Rwanda. The difference in Africa is that "independence" is an ongoing struggle against a backdrop of powerful foreign interests. 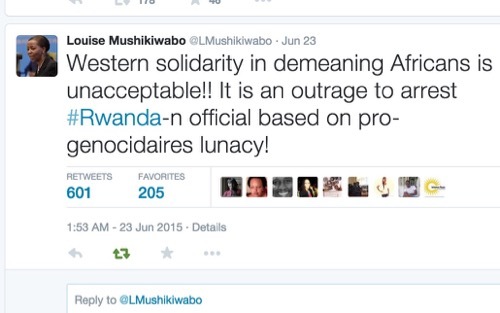 Spain is currently exercising the doctrine of universal jurisdiction in a capricious, rapacious, and illegal manner against Rwanda and, by extension, the entire continent of Africa. You won't read much analysis, if anything, about it in the American press. Of course the bare facts about the arrest and detention of Lieutenant General Emmanuel Karenzi Karake, head of Rwanda's National Intelligence and Security Service, are available. On June 20, he was detained at Heathrow Airport at the request of a Spanish magistrate. Released on £1 million bail, Karake must remain in the United Kingdom until an extradition hearing on October 29. The charge? Genocide deniers, operating under the guise of "human rights groups" have accused Karenzi Karake of participating in war crimes against Spanish civilians and Hutu perpetrators of the genocide. These alleged crimes took place during and after the time that the Rwandan Patriotic Front liberated Rwanda from the slaughter of up to one million Tutsis and moderate Hutus in 1994.

The ashes of genocide have been stirred in a painful reminder, and Rwanda is standing alone in the international community with the exception of the African Union, which has strongly condemned the arrest and detention of Karake. Meeting in Addis Ababa Ethiopia, the AU protested the detention of Karake on the basis of an arrest warrant issued by the Spanish judge. In strong language, the AU said it was not only an attack on a Rwandan national, but on Africa as a whole.

Listen to what president Paul Kagame said in response to the Spanish attack on African independence and international acquiescence.

It is a "rubbish of injustice," Kagame said.

Universal jurisdiction is a sinister cousin to the doctrine of Manifest Destiny, which allowed European settlers to decimate the indigenous people of the North America. Manifest Destiny ordained that the expansion of the United States was destined to stretch from coast to coast. In a similar manner, the doctrine of universal jurisdiction "allows states or international organizations to claim criminal jurisdiction over an accused person regardless of where the alleged crime was committed, and regardless of the accused's nationality, country of residence, or any other relation with the prosecuting entity." It would seem to be obvious that this arrest is politically motivated. How can any country, let alone the UK, which professes to have a strong relationship with Rwanda, honor an arrest warrant issued by a non-African judge? The AU considers this to be a blatant violation of the sovereignty and territorial integrity of Africa and African states.

International law is being used as a fig leaf to disguise the growing cancer of genocide denial. In recent years there has been a drumbeat, sanctioned by the United States and the United Nations, against Rwanda. It is reminiscent of the persecution of Israel after it rose from the ashes of the genocide of World War II. Success seems to breed contempt in the international community. Rwanda is the most stable and successful country in central Africa, and has achieved this stature a mere 21 years after a horrific genocide. President Obama and the Department of State seem oblivious to what happened 21 years ago. Obama has cordial phone conversations with President Joseph Kabila in neighboring DRCongo. Meanwhile, the FDLR perpetrators of the 1994 genocide have found a haven in eastern Congo and continue to wreak havoc on the Tutsi population there.

As Africa continues to throw off the shackles of European colonialism and emerges as a significant global power, it is remarkable that the African Union is coming together in defense of Rwanda. The United States and the United Nations should stay out of it completely, or at the very least, react in an intelligent and diplomatic manner. Supporting the deniers of genocide is an immoral stance, and should be vigorously condemned by people of good conscience.

The timeline of the Spanish indictment is troubling and requires some analysis.

On the surface, the storyline goes back to 2008, when Spanish judge Fernando Andreu Merelles issued an indictment against Karake and 39 Rwandan military officers. You can read the indictment and rationale here, and please take the time to do so. Remember, this was issued in 2008 and basically repeats the disingenuous anti-Rwandan Patriotic Front rhetoric of the post genocide years of the 1990's.

Genocide deniers offer the claim that it was the Tutsis, in a Machiavellian plot, who orchestrated the genocide against themselves as a pretext to seize power from the Hutus. Readers should take some responsibility and do some critical analysis. Does it make any sense at all for the Tutsis to exterminate their own people? Revisit PBS's excellent "Ghosts of Rwanda," and learn what really happened. Visit Rwanda and help the people guarding the churches and reclaiming the bones of the one million murdered--bones that are still found in tilled fields and reclaimed from old latrines. 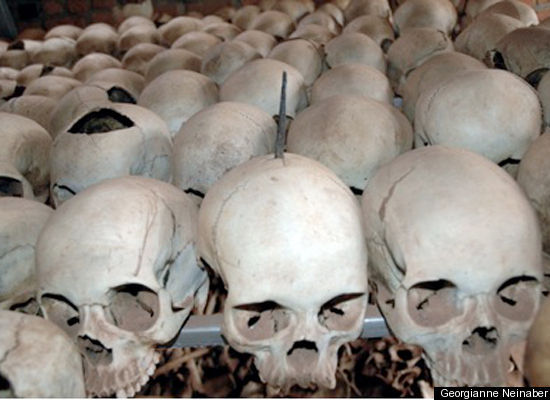 Go to Rwanda and see for yourself

You won't find a condemnation of the Spanish indictment in the international press in 2008, but you will find a confidential report on wikileaks that has US diplomats calling out the accusations as "outrageous and inaccurate."

Summary. The Spanish indictment of 40 Rwandan military officers offers an unrecognizable version of some of the most painful and violent episodes in Rwanda's history, distorting the established record, inventing mass killings, placing the blame for any misfortune Rwandans have suffered (including the 1994 genocide) on the Kagame government. It is a bloated political tract, sloppily organized and endlessly repetitive, and, ultimately, a disservice to those Rwandans who suffered real losses from revenge killings by the Rwandan Patriotic Army (RPA), the armed forces of the Rwandan
Patriotic Front (RPF). End summary.

The United Nations' "groups of experts" are as believable as the individuals who write the reports. In recent years, the experts have castigated Rwanda, but a 2009 report on the Democratic Republic of Congo offers compelling evidence that the Spanish NGOs who pushed for the indictment of Karake and others were also behind support for the FDLR anti-Tutsi rebels operating in eastern Congo. See paragraphs 112-119 in this document.

112. One case relates to financial support provided to FDLR through funding received by FundaciÛ SíOlivar and Inshuti, both Spanish charitable organizations. On the basis of testimonies, original e-mail correspondence, audio recordings of conversations, telephone log analysis and receipts of money transfers, as well as other documents, the Group established that FDLR has received regular financial, logistical and political support from individuals belonging to the above charitable institutions which, in turn, were funded directly or indirectly from the government of the Balearic Islands, a provincial authority in Spain.

Why did this arrest happen now? Karake has traveled to European Union countries many times since 2008. At the time of his arrest he was traveling on a diplomatic passport and on official business. In this day and age "war crimes" can be found mostly in the eye of the beholder. British and American soldiers, former presidents Bush, and the Israeli armed forces have been accused of "war crimes." The term should be banished until and unless political machinations are removed from international relations.

When an activist group learned that Karake was in the UK and alerted Judge Andreu Merelles, the Spanish judge who issued the 2008 indictment wasted no time in issuing a warrant. In an interesting twist, Cherie Booth, former British Prime Minister Tony Blair's wife, is on General Karake's defense team.

It is good to see the African Union standing up for its member states against former colonialist powers.

Louise Mushikiwabo, Rwanda's Minister of Foreign Affairs and Cooperation, said it best on Twitter: "Western solidarity in demeaning Africans is unacceptable!! It is an outrage to arrest #Rwanda-n official based on pro-genocidaires lunacy!"