I went back to Rwanda last month for the first time in almost 20 years. I was head of mission for Médecins Sans Frontières/Doctors Without Borders (MSF) during and after the 1994 Rwandan genocide. The experience changed me completely; my innocence died there. 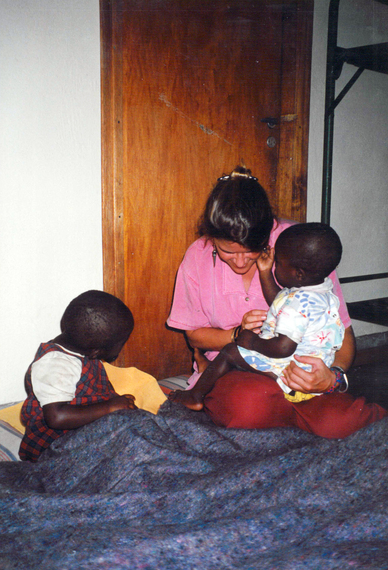 In April and May 1994, I was working just across the border in Goma, Democratic Republic of Congo (DRC), receiving refugees fleeing the violence. But very few managed to escape the horrors. Eight hundred thousand people died in 100 days. The rivers were full of mutilated bodies. Most of the corpses were headless, except for those victims who had paid a dollar to be murdered with a bullet.

I remember some Rwandan boys who came across the border and told me what had happened in their village. While they hid in the bushes, they saw their mother raped and murdered, their sisters killed and their father taken away. Then they ran and ran for days until they reached the border. One of the boys had badly injured his arm -- it was barely attached. His little brother had died in his arms.

These were the images that I brought back with me to Rwanda. But on arriving in Kigali, the capital, I found a prosperous African city full of cars, commerce and people living their lives. My memories of a post-apocalyptic ghost town, of bullets, blood and hastily dug mass graves, the air heavy with death and fear, seemed a lifetime ago.

The former MSF hospital in Ruhengeri, northwest of Kigali, is now a beautiful, bustling referral facility, treating a normal range of human ailments. No more patients with war wounds and landmine injuries, like those who came to us in the days and weeks following the genocide. Only people's mental trauma persists as evidence of the horror they suffered. 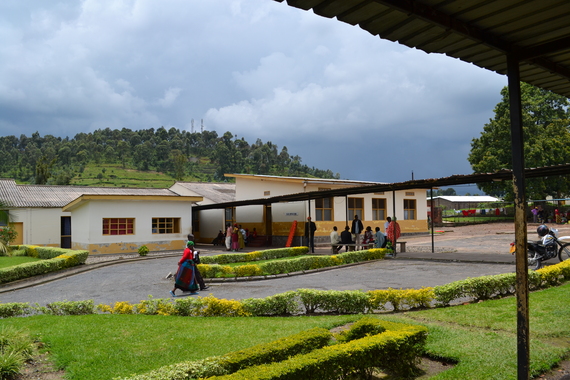 Simple memorials and mass grave sites testify to the great evil that sucked up this tiny country. I stopped in Butare to pay my respects to the hundreds of Rwandan MSF aid workers who were slaughtered in April and May 1994. A mass grave has been constructed on the grounds of the University of Butare opposite the hospital -- a simple memorial, with photos of the dead. It was here, in this quiet and lovely spot that I was finally able to cry.

There could not have been a greater contrast between the peace and calm of Rwanda and what I found when I crossed the border into DRC. Goma, previously a small town, has become a bustling city of one million inhabitants sprawled along the shore of Lake Kivu.

More than 100 international humanitarian organizations help fuel a booming economy. It is hot and dusty, dirty and chaotic. The black volcanic rock everywhere reminds you that the city lives in the shadow of active volcanoes that erupted in 2002. 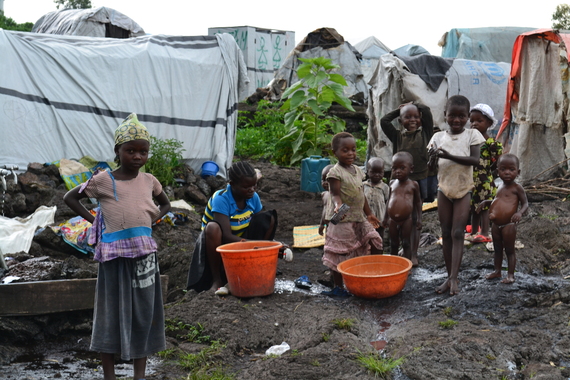 Just outside Goma, terrible roads took us past camps for displaced people that litter the hills and roadsides. The improvised shacks in these camps are home to hundreds of thousands of people, about 80 percent of them displaced by the armed conflict and violence in Masisi Territory, a beautiful mountainous region north of Goma.

I had last been in Masisi in 1996, but this was not the same place I remembered. Back then the war was just beginning; the Masisi of today is soaked in violence, the people experienced at fleeing conflict.

Driving past a police station, we heard the sounds of a man being beaten inside. Outside, children laughed at his screams of pain and anger. They are part of a new generation of Congolese children who have only known violence, displacement and deprivation.

We reached the MSF hospital in Masisi town. In the emergency room, a baby lay motionless, breathing hard. Medical staff had started treating his severe pneumonia. He got sick while hiding in the forest with his mother and six brothers and sisters, as they fled the battles raging in their small village.

His mother explained that after a year of living in a camp for displaced people, she had recently returned home with her young family. Then the fighting resumed and they had to flee yet again. They had no food, no shelter, no medical care and no protection from the voracious mosquitoes and heavy rains. After four days they turned back, preferring to die at home rather than in the forest.

Her baby became increasingly sick, and there was no medical care in the village; the MSF health center had been looted, the medicines stolen. She decided to make the long walk to Masisi hospital with her small children in tow. Fortunately an MSF ambulance spotted her on the road. After another day of walking in the heavy rain, it might have been too late for her baby.

The everyday emergency in Democratic Republic of Congo

This family is among the 1.7 million people displaced by violent conflict in eastern DRC. You don't hear much about the Congolese people who have fled their homes and lost what little they have not once, but multiple times over the past 20 years. MSF has been working in eastern DRC since 1992 providing emergency medical care to this forgotten population. 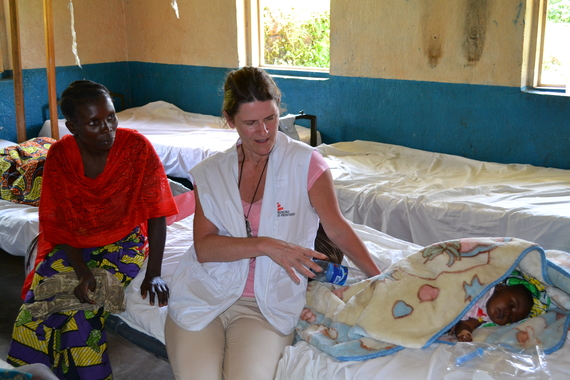 The people of eastern DRC live in a state of everyday emergency. MSF teams routinely respond to outbreaks of measles and cholera; just last week a typhoid epidemic claimed many lives. Local health facilities do not function and the medical situation is desperate.

As we remember the Rwandan genocide of 20 years ago, my hope is that we will look to DRC and the everyday emergency that is bringing a people to its knees. Every day in Congo armed men are pillaging towns and villages and forcing people to flee. Every day children are dying from preventable diseases like pneumonia. Every day mothers are dying in childbirth and every day women are victims of sexual abuse. These people deserve our help.