The best thing about meeting Ryan Coogler, the director of Sundance Film Festival award-winner "Fruitvale Station," is that he still has that refreshing, can't-believe-it attitude that people like me hope he never, ever loses.

"Fruitvale Station" dramatizes the true events of Jan. 1, 2009, when a young man named Oscar Grant (played by Michael B. Jordan) was shot and killed by a Bay Area Rapid Transit officer who claimed that he was reaching for his taser, not his firearm. The film, out in limited release now, follows Grant on the last day and night of his life.

To be completely honest, it was never my intent to challenge Coogler on the most polarizing scene in the film. (Full disclosure: I like this film quite a bit.) But, I had wondered about a scene in which Grant befriends a dog, only to see the dog killed after being run over by a car. Coogler admits that this never happened to Grant -- and was really the only point in the day that Coogler can't account for what Grant was doing. The scene most definitely can be interpreted as manipulative -- "Oh, he loves animals" -- but when you hear Coogler's explanation, it makes a lot more sense and has a much deeper meaning.

Why did you start the movie with the actual footage of Oscar Grant being killed?
You see the same thing [at the end of the movie], but you have a completely different reaction to it. I figured that if the audience can spend 90 minutes with this character, they can have an inkling of what it's like to know somebody and to have them taken away like this.

How many blanks did you have to fill in throughout Oscar's day?
There was really one major one, which was the blank we filled in with the dog.

OK, so there's a good chance that never happened. Could that scene be considered manipulative? It for sure makes the audience like him more because he's upset about a dog that was run over.
Yeah, but that's not the intention. That's not the intention to show that this guy's a great guy. That wasn't the intention at all. And that's fine, that's the risk that you run with a scene like that. I can tell you what the scene was about and why it's there -- because, it's funny, it's a very polarizing scene. Some people get the intention and it's their favorite scene in the movie. Some people hate the whole movie because of the scene. Like, "I feel manipulated."

Did you know that scene would be polarizing?
Yeah. Absolutely.

Do you like that people argue about that scene?
I wouldn't say that I like it. But I think it was a scene that was important to the story for me. It was a scene important to Mike [B. Jordan]. To be honest -- I can tell you where the inspiration came from and what it represents.

OK.
The inspiration came from a few things. Oscar was always talking about getting a house and one of the reasons he wanted to get a house is because he'd have a backyard for the first time and he could own a dog. They were in apartments and he always wanted a dog. And he wanted a pit bull. That was the kind of dog that he likes ... it's interesting because when you hear about pit bulls in the media, what do you hear about?

It's, for the most part, not a positive representation.
When you hear about them in the media, you hear about them doing horrible things. You never hear about a pit bull doing anything good in the media. And they have a stigma to them ... and, in many ways, pit bulls are like young African-American males. Whenever you see us in the news, it's for getting shot and killed or shooting and killing somebody -- for being a stereotype. And that's what you see for African-Americans in the media and the news.

I know what you're saying and I'm not disputing that, but as far as media there's also "creating policy for the United States."
Now. But when this took place, Obama had just been elected in 2008. And it's been that way for a long time and still to this day. So, there's a commonality with us and pit bulls -- often we die in the street. Do you know what I mean? That's where we die. Oscar is a person who is very bubbly -- he's the type who is always trying to keep people happy, the life of the party kind of guy. And [Oscar's girlfriend] said he wasn't acting like that when he picked her up.

I have a little brother who is also that way. When I was working on the script, he came home one day and he was out of it quite a bit. So, I picked at him and asked him what happened. He told me that he was a gas station and had an interaction with a dog then saw that dog get hit by a car. At that moment I thought about Oscar. I thought about all of the black males who die in the street and life goes on. That scene speaks to people that know about those things.

The officer who shot Oscar claims that he was reaching for his taser. What do you think happened?
I wasn't interested in that, for the film.

You've had to have thought about it.
Only one person knows that. I think it's pointless to ask that question, do you know what I mean? Only one person knows what really happened and that's the one who did it. You can research the case and what was said -- there are arguments on both sides. All I was interested in was the film.

Are you surprised how successful this movie has been?
I'm the most surprised person! Whenever any of this stuff happens, trust me. It was a miracle for us to get the film made. We were fortunate enough to have a phenomenal production company backing the film and we had support from amazing non-profit organizations like the Sundance Institute and the San Francisco Film Society.

Were you aware of the buzz for this film that went from nothing to a lot at Sundance?
No, no. Not at all.

Screenings became a tough ticket.
That's crazy. That's moving, man. From my standpoint, no -- because we're not in line and talking to people. One thing that did change that was really moving and I was honored to have happen was that distributors started to talk to us.

What's it like when Harvey Weinstein calls?
[Laughs] Yeah, it was intense, man. The biggest thing that I liked about him was how smart he was in terms of film. He's one of those guys who knows film like the back of his hand and I really admired that about him when we first met. He picked out a few references that I hadn't really mentioned -- you know, he can remember shots. So he was someone I could tell was really passionate about film.

I'm assuming you had a few studio options.
Yeah, you could say that. We spoke to a few different people.

Your first feature length film wins Sundance. What do you want to do next? Do you feel that you have more leeway now?
Absolutely. I mean, absolutely more than what I had when I hadn't made any features. But, I'm hoping to make something that I'm as passionate about as I was about this story -- making something from the inside out. What's important to me is offering perspectives into worlds that people don't often get to see. Do you know what I mean? From angles they don't often get to see. 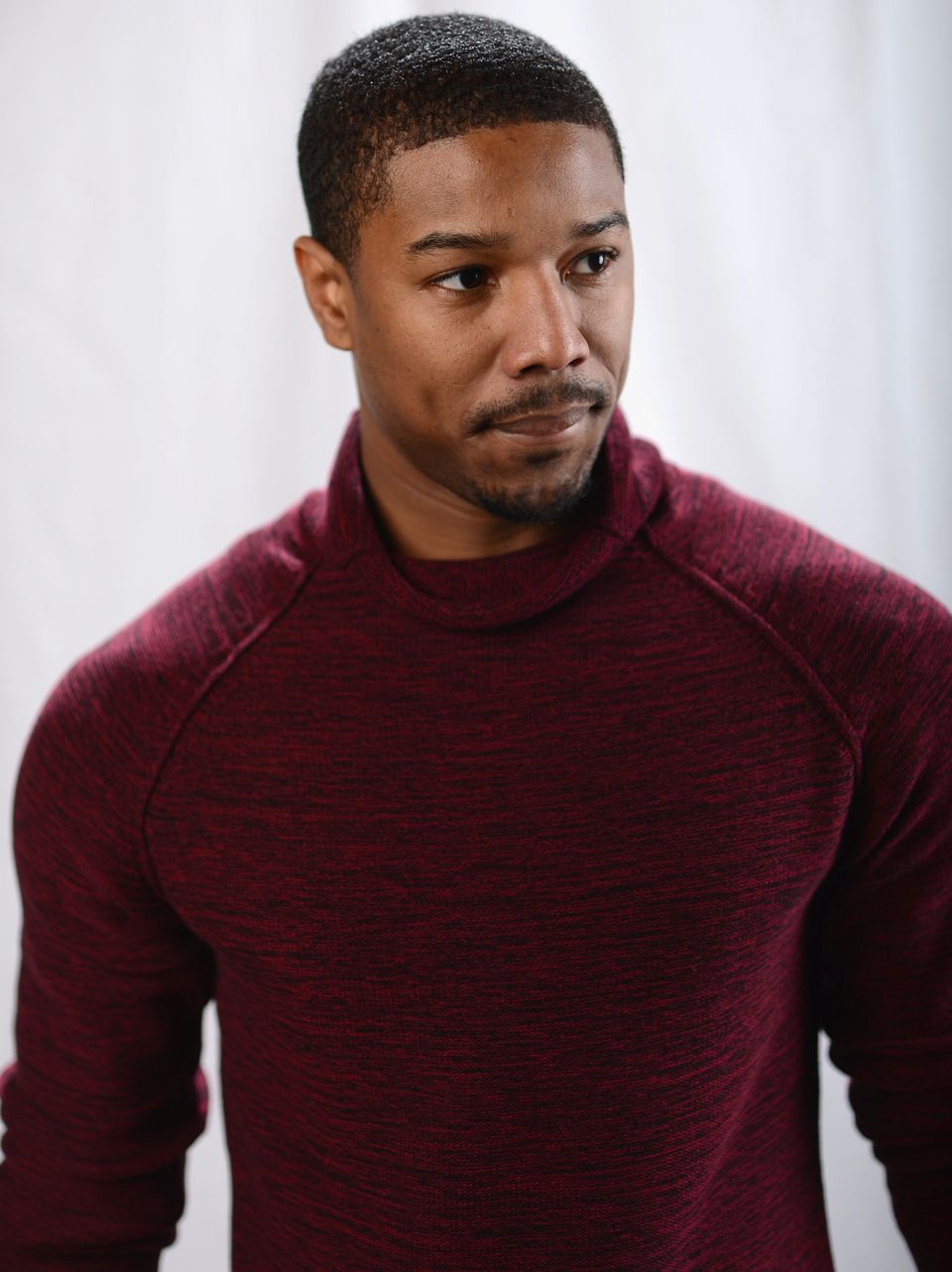 1 / 21
Actor Michael B. Jordan poses for a portrait at the photo booth for MSN Wonderwall at ChefDance on January 20, 2013 in Park City, Utah.
Getty Images