Animal lovers may have one more reason to love Ryan Gosling.

This week, the actor voiced his concern for the welfare of cows in a letter sent to the National Milk Producers Federation. He specifically requested that dairy farmers phase out the "barbaric practice" of "dehorning" calves.

As he described in the letter provided by People for the Ethical Treatment of Animals (PETA) to The Huffington Post, "dehorning" is "a painful process in which calves have their horns gouged out or sensitive horn tissue burned out of their heads."

"There is absolutely no reason -- and no excuse -- for the cruel, unnecessary practice of dehorning to continue," Gosling added.

He went on to suggest breeding for polled (naturally hornless) cattle instead.

A National Milk Producers Federation spokesman argued to the Associated Press on Wednesday that the practice of dehorning cuts down on injuries to humans and cows.

According to an April, 2012 post of the American Veterinary Medical Organization website, there are some "advantages" to dehorning, but the act is not currently regulated in the U.S. and the post concluded, "Minimizing pain associated with disbudding and dehorning is important to limiting the pain-stress-distress cascade that creates altered behavioral and physiologic states... Including polledness in selection indexes and long term breeding strategies has the potential to reduce and eventually eliminate the need to dehorn."

Below is the letter from Gosling, courtesy of PETA: 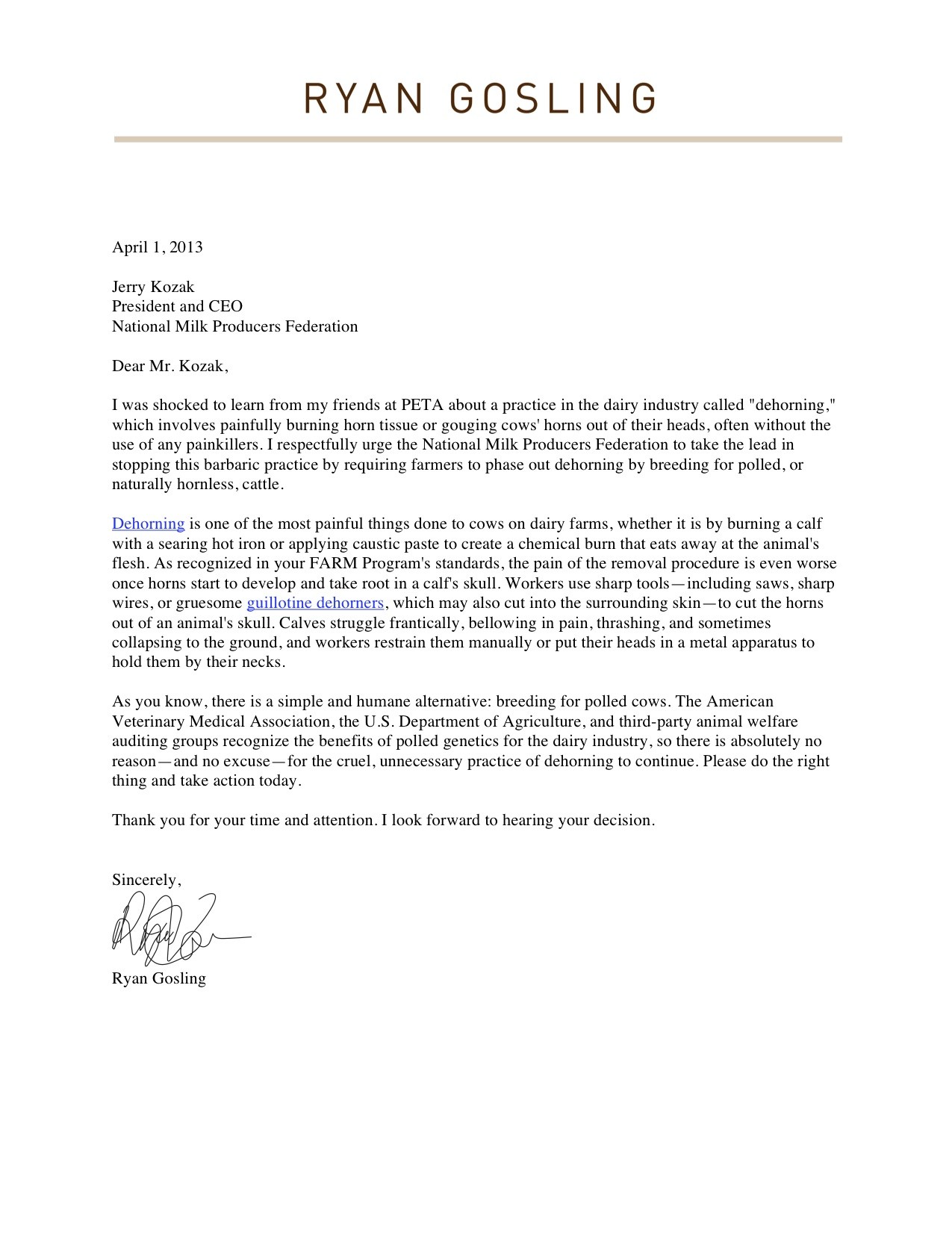