Ryan Gosling is a goose who lives at an animal rescue in Northern California, where he's best friends with a goat named Hemingway. 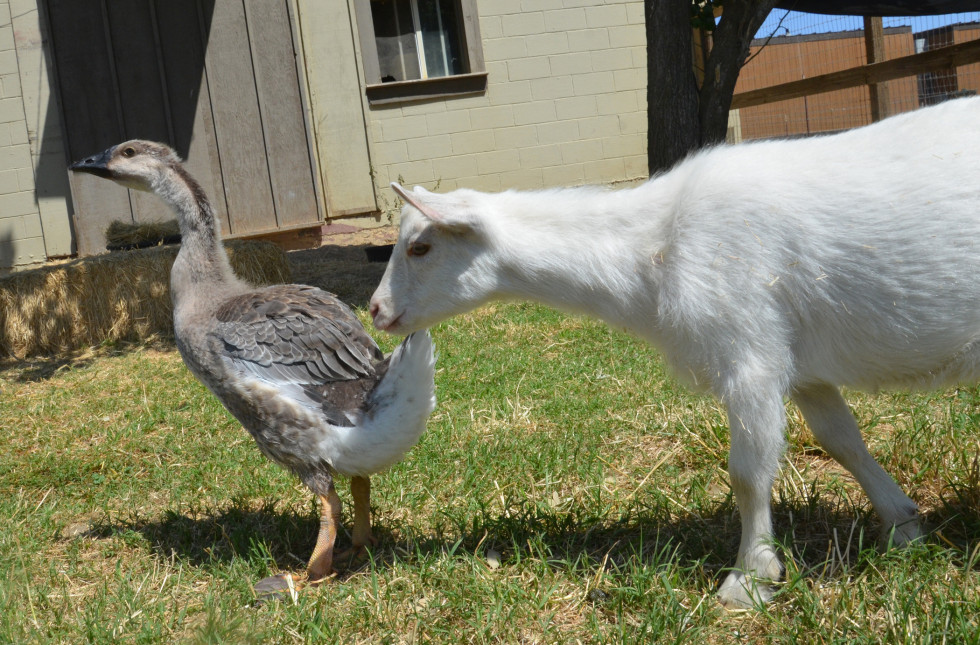 Hemingway was six weeks old and covered in lice when he was found this past spring, having been left at Farm Sanctuary's front gate.

Ryan Gosling came to Farm Sanctuary via a Los Angeles animal shelter. Staff quickly realized that he had some joint problems that made it hard to move. He was also discovered to be an unusually friendly little goose who loves company -- especially people, and his quick buddy Hemingway. 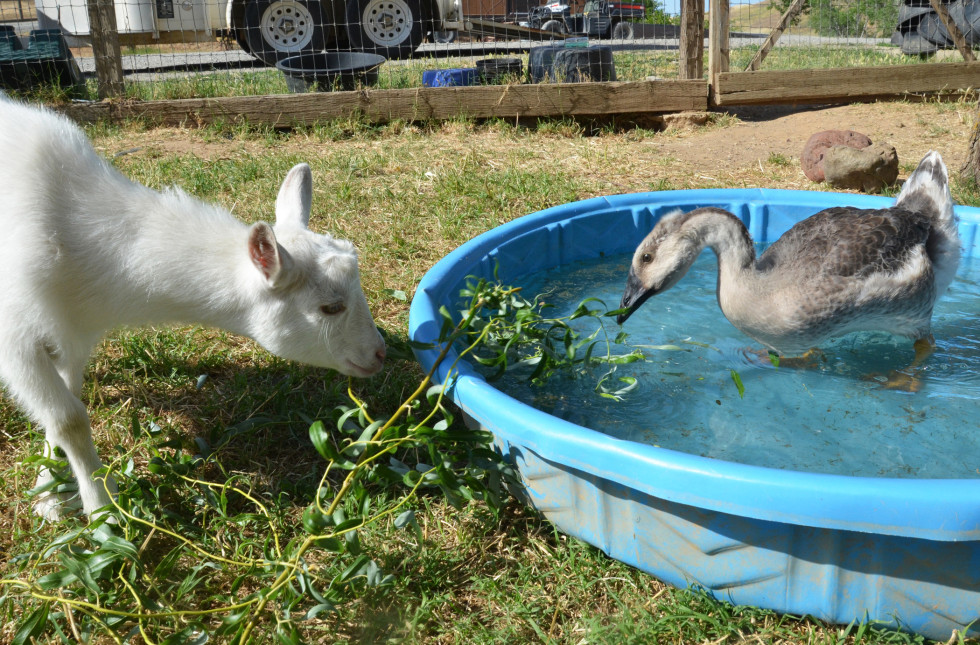 At least for now. While at the moment this unlikely couple spend their days chewing the greenery and paddling in kiddie pools together, it's thought that Hemingway will eventually seek out other goats, while Ryan Gosling will flock to his fellow waterfowl.

In a blog post about the pair, Farm Sanctuary says not to think of that entirely foreseeable breakup as an unhappy ending:

Know of an unlikely animal pair, or the human Ryan Gosling? Have an animal story to share? Get in touch at arin.greenwood@huffingtonpost.com