We at HuffPost Arts were very wary of Ryan Gosling's takeover of the prized title of 'beautiful man/expert in everything.' We were skeptical: could Gosling possibly rival the all-powerful multitasker that is James Franco? Would he remember to represent the art world when he made it to the top? Today we officially pass the torch from Franco to Gosling thanks to the new meme 'Museum Hey Girl.'

The Tumblr follows the usual Gosling-meme formula of Gosling stills topped with nerdy-romantic pick up lines that would make a docent drool. Who wouldn't give their left foot to hear Gosling say: "Hey girl, I don't need a SWOT analysis to know that you're a threat to my heart"?

Yes, James Franco was a professor and a pilot but was he a feminist, a typographer, a serial killer and someone who loved to go to Disneyland while surrounded by cats? We didn't think so... Take a look at the newly crowned art world darling in the slideshow below. Tell us what you think: crazy stupid or love? 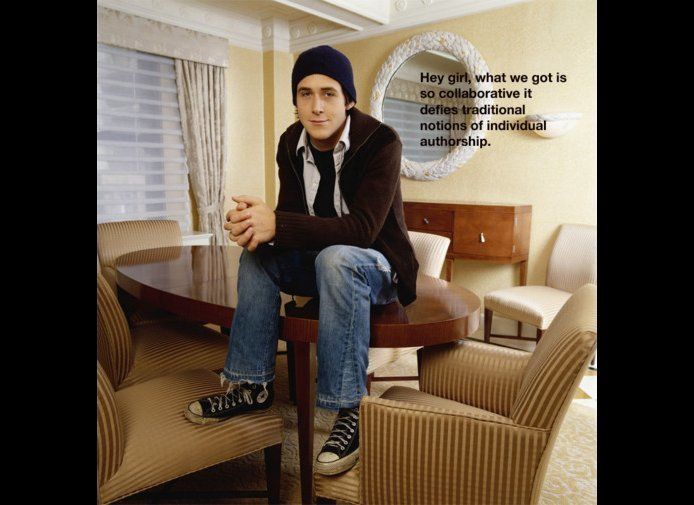