American Olympic swimmer Ryan Lochte not only wowed the crowd with the precious metal around his neck, he also showed off his red, white and blue diamond-encrusted grill.

After Lochte scored a gold medal in the 400-meter Individual Medley, he showed photographers his sparkling, American flag mouthpiece.

But Lochte had this American flag grill specially made for the 2012 Olympics.

For the uninitiated, Lochte offered a succinct explanation of the patriotic mouth wear during a June 2011 interview.

"For those who don't know what a grill is, it's basically a retainer filled with diamonds," Lochte said in the interview. "I wear it when I go on the podium. It's just a unique way of showing personality out to everyone."

The 27-year-old reportedly wanted to wear his diamond grill while accepting his gold medal, but a USA Swimming representative said that he was banned from wearing the mouthpiece while on the podium Saturday night, USA Today reported.

ESPN's Wayne Drehs was the first to report on Loche's banned grill, tweeting:

Lochte told me he tried to wear his grill on the podium only to have an Olympics official tell him if he did so he wouldn't get his gold.

When USA Today spoke with IOC spokesman Mark Adams, he said he would look into whether or not Loche was prevented from wearing his grill on the podium, adding, "I can only speculate that it may have been a uniform issue, that it may not have been part of the uniform."

Nevertheless, Lochte put the grill on after accepting his award.

PHOTO GALLERY
Ryan Lochte Showing Off His Grill
Download
Calling all HuffPost superfans!
Sign up for membership to become a founding member and help shape HuffPost's next chapter
Join HuffPost 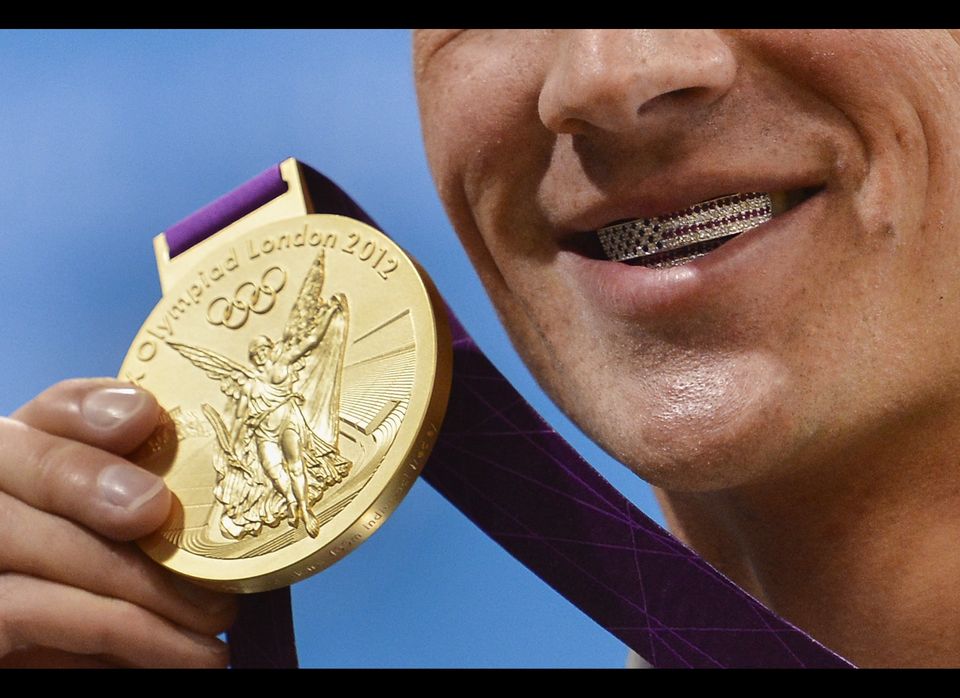