A Pennsylvania boy has survived after being born with a condition that caused half of his heart to be formed outside his body.

Ryan Marquiss' heart was protruding out of his chest cavity and covered only by a thin membrane, a condition known as ectopia cordis, the Daily Mail reports.

Out of every million infants born with the condition, only five to eight survive.

The boy's survival is even more astonishing given he also suffered from hypoplastic right heart syndrome, a condition where only the left side of the heart properly develops.

Doctors discovered the child's heart defects during the first 12 weeks of pregnancy and warned parents Leighann and Henry Marquiss that the baby's chance of survival was slim.

Despite the odds, the pair refused to terminate the pregnancy, according to Fox News.

After undergoing dozens of operations, Ryan is now celebrating his 3rd birthday. Doctors had to place a shunt so that half a heart could do the job of a full heart and place tissue expanders under his skin so that they could cover the exposed heart. Doctors believe he's the only child to survive with this deadly combination of heart conditions.

"The doctors told us that no baby with Ryan’s combination of defects had ever survived, so the fact that he is here with us today, is just amazing. He really has astounded everyone," Leighann Marquiss told the Daily Mail.

In 2009, ABC News reported on a similar story of Christopher Wall, a 33-year-old with ectopia cordis who also defied the odds and managed to live a "normal," active life despite his condition. 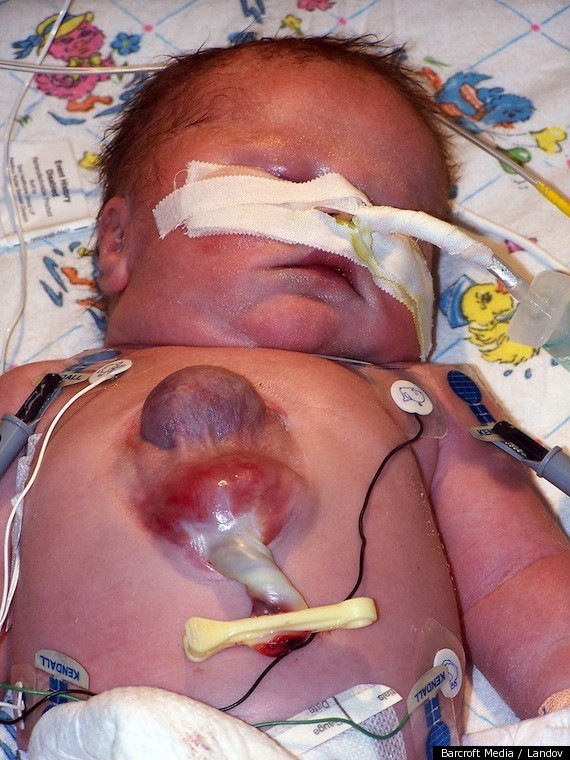