It started with a party. (Don’t all great projects?) This party wasn’t about guzzling beer; it was about packing. You know, putting stuff in boxes, sorting through the built-up life ephemera that accretes in drawers, finding that missing sock in the back of the closet. But for this story, this boxing-up-of-a-life wasn’t about "moving on and moving up," but just the opposite. It wasn’t for a physical move to a new place, but a mental trip, from a consumption-based lifestyle to a minimalist one. And because most of us know how to live the former life (whether we have the means to or not), very few of us have the skills or knowledge to live the latter.

Enter Ryan Nicodemus, a Dayton, Ohio-based, self-described successful business guy, who was trying to figure out how to become a person who lived with less (a lot less). Why? After having attained all the trappings of success by age 30, he realized that it hadn’t lived up to its cultural promise of happiness forever after. He felt miserable and dissatisfied in his life, and trapped by his 70- to 80-hour-a-week job. After seeing how much happiness and calm that simplifying life brought to his friend from childhood, Joshua Fields Millburn (who started experimenting with minimalism first), he wanted to try it too. But how to go about it was a bit daunting.

The first step was figuring out what he actually needed. Think about it; we all have thousands of pieces of stuff, but part of the reason we keep accumulating them (and don’t know what to get rid of) is because it’s never quite clear what we need and what we don’t. There are some good tricks for figuring it out, but Ryan’s was straightforward and holistic: Throw a packing party, and get your friends to help put it all in boxes:

“The idea is to pack everything, including the things that you know you will use (e.g., your toothbrush, deodorant, kitchen utensils, etc.) and then unpack only the things you need during the next week. So, if you need your toothbrush later today, you’ll unpack it. Need your shampoo and conditioner and moisturizing bodywash in the morning? Unpack it. Need some clothes to wear tomorrow? Unpack them. After a week, you’ll still see the vast majority of your stuff packed away in boxes. That’s when it’s time to make some interesting decisions: trash, donate, sell.”

The above text is part of the guys’ “21 Day Journey Into Minimalism” (this excerpt is from the “packing party” article), and it’s just one of many pieces that are like a (very well-written, but clarifying) map for anyone interested in considering the minimalist lifestyle. The Minimalists site covers everything from how-to (packing party, donating and selling your stuff, dealing with friends and family), to more spiritual (handling fear, sorting out your beliefs). Without pushing the idea on anyone, and using themselves as examples, Ryan and Joshua detail how they moved (literally and mentally) from workaday dudes with tons of stuff, big apartments and six-figure-salaried jobs, to managing their own time and days while sharing a Montana cabin (that's the cabin above). They think they’re not the only ones who are ready to move on from their stuff-centered, stressful lives. 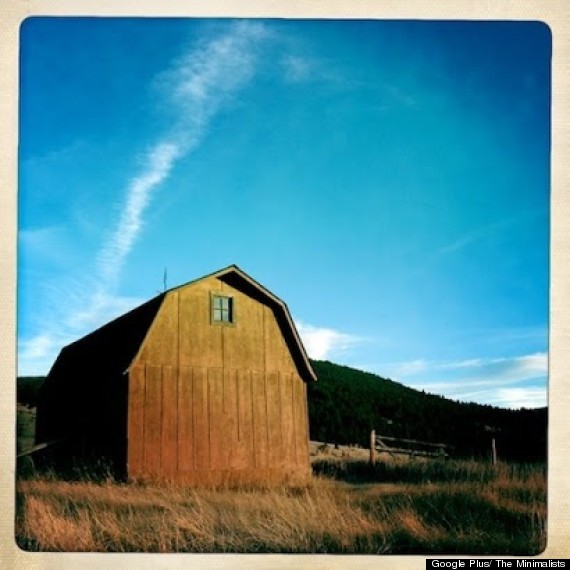 “There’s definitely a shift happening,” Ryan says. “I’m not sure what percentage of the population is interested in minimalism, but we are attracting people who are tired of living for stuff. We don’t advocate everyone throwing away what they own; it’s more about living intentionally. We talk about how just because you can afford to buy or afford something, doesn’t mean you have to have it,” explains Ryan. And this last point is something a little bit revolutionary in today’s culture of one-click shopping.

Ryan and Joshua, who have organized, implemented, lived and published their own brand of minimalism, have been friends since fifth grade (Ryan calls Joshua his brother). While their move and lifestyle change was personal, they have opened themselves up to the world, and the people have answered back, to the tune of more than 100,000 visitors a month to their site, a bestselling self-published book, TV features and an upcoming “Spring into Minimalism” speaking tour. Living in a cabin in the wilderness is a far cry from their old condo life, but simplifying their stuff, diets, exercise plans, and even their holidays means that they are able to concentrate more on the work that drives them.

When asked what he misses from his old life, Ryan pauses his heretofore enthusiastic, stream-of-consciousness answers. After a long pause, he says, “I can’t think of anything.” Eventually he says maybe the convenience factor of grocery store being a bit closer (currently it’s an hour-long drive), but he says that’s offset by the local general store, so it’s not like they are without any local supplies.

The future won’t necessarily be more of the same (Ryan says that 2013 is going to be “dramatically different” from the previous year), though the pair will continue to use their minimalist platform to “set up a minimalist meetup, because every time we go on tour, people want to meet other minimalists, and we’d like to facilitate that.” As both men have found that the writing life is for them, they are also continuing to focus on that aspect of their work and figuring out how to pay what they’ve learned forward, by starting a publishing company with — appropriately enough — a fellow minimalist. 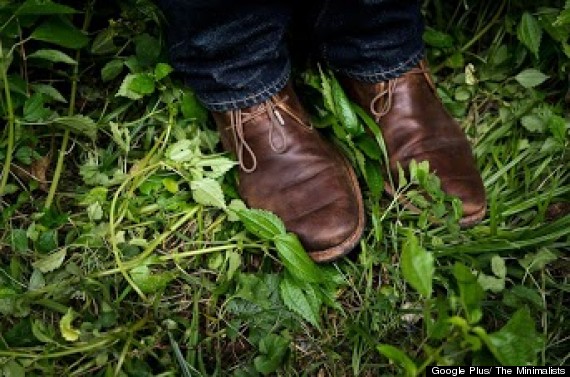 Ryan recognizes that his and Joshua’s type of minimalism can’t work for everyone (they are both single and sans kids, and recognize that gives them a lot more freedom to make radical life changes), but they have lived it. So for anyone who is interested in the same, they are go-to resources on how to have it all, with less.

Read about other innovators and ideas at The Leaderboard. If you have a story suggestion for this year-long project, please contact us.