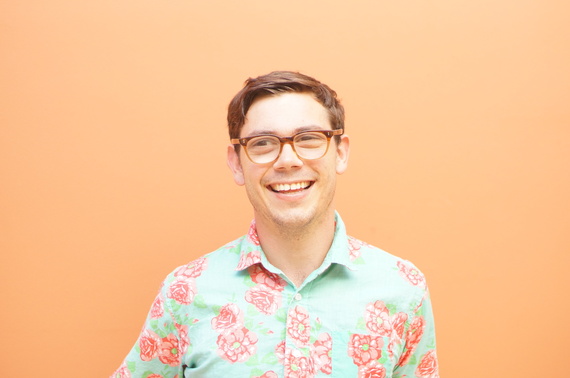 Ryan O'Connell got his start much in the same way as any other up and coming writer - working a string of all but unpaid internships, and harvesting his life for awkward/relatable experiences to blog about for the internet. Hitting his stride as one of the first paid, full-time writers for the now uncategorizable site Thought Catalog, he went on to write viral pieces for Vice and Medium before fleeing New York for Los Angeles, where he now works as a staff writer for MTV's hit show Awkward.

Having grown weary of the fleeting, unsustainable nature of writing for online publications, O'Connell devised a five-year plan to leap frog from blogging, to writing for TV, to writing a book. His first one, I'm Special, is set to be released via Simon & Schuster on June 2nd and is already in development as a Warner Brothers comedy series produced by Jim Parsons.

Although he makes his success seem unusually effortless, it was anything but. His book deals primarily with the hardships involved with not only being a young gay man trying to make a name for himself in the most cut throat/over-saturated industry there is, but as a gay man with cerebral palsy who got hit by a car in his late teens, leaving parts of his body permanently disabled. That's a lot to deal with, but like with everything else in his life, O'Connell has a way of laughing it off and making it relatable.

We talked to him about his book, the internet, Awkward, and shitting on a dick during sex. You know, normal stuff.

Kelly McClure: So in your book, you mention transitioning from blogging in NY to writing for TV in L.A. because writing for the internet isn't sustainable. At what point did that occur to you?

How did you get the job with Awkward? Describe what that was like.

TV money is kind of amazing, but how it works is you work for six months and then you're off for six months, so the money you make you have to save, and I'm not good at that. It felt amazing though to move from New York and right off the bat be paying half what I was paying in rent, and be able to support myself doing something I love. I learned that I liked working with people. Working in a writing room is amazing. But yeah, it was funny, my first week there a girl came up and was like "who are you, where did you come from" and I was like "I had a job interview and now I'm here." She was like "fuck you, you have no idea how hard it is to get a job in this town." And I'm almost glad I got here all bright eyed and bushy tailed not really knowing how things work because if I had known how hard it usually is, I would have been terrified. So my ignorance worked to my advantage really. I was super lucky.

What was it like to write a book for the first time having only really written short pieces for most of your career?

Writing a book was literally the hardest thing I've ever done and I hope I never have to do it again. My brain literally doesn't work the way a brain needs to in order to write a book. It's like you're writing a whole series yourself. Writing a blog is just a blog, it's a thought. And writing TV is like putting together a puzzle, you're just doing it piece by piece. Writing a book though I felt like my brain damage was really kicking in. Also I write really quickly and feel like the longer I sit with something the worse it is, and this was just sitting with the same piece of writing for three fucking years. It was hard.

For me personally, I hate almost all people but will definitely read and enjoy almost every autobiography there is. Why do you think strangers like to read about other strangers so much?

I'm the same way. I think it's really interesting because in the world we live in now, with all the social media stuff, it's like how water companies put salt in their bottled water so you need to drink more water. That's like the internet because we are all connected in these weird ways, but all that does is make us want to feel ACTUALLY connected. The internet is just a diluted version of connection and the more we're around it the more we realize we don't actually have it. Reading about other people's experiences it's just all about our desire to feel understood and be heard, and to feel connected.

So we talked before about the internet and how it's not sustainable, but it also never goes away. Books REALLY never go away because you can look over and see them and hold them in your hand. What's it feel like to have this physical account of your life out there in the world?

I kind of like it. For me writing this book saved my life in a lot of ways. I realized by writing about my disability, this thing I was so ashamed of not ever discussing with anyone, that it was the root of all my problems. The root of why I wasn't getting laid for two years because I thought I was un-fuckable, the root of why I did drugs because they helped me feel better about myself. It's like being in the closet. When you hide a huge part of yourself, and are ashamed of who you are fundamentally, and don't own all your shit, there's gonna be problems. So writing this book and being honest about my disability really allowed me to live my life 100% the way I wanted to.

While writing the book, was there ever the urge to self-censor?

No because I'm not good at self censoring myself just in general. And I know people are gonna read this and be like "Finally a gay guy is writing about shitting on someone's dick. Finally! There's this guy who moved to L.A. and he shit on someone's dick, but he seems pretty happy and everything's okay." Also I think that the bolder you go the more everyone will relate and get something from it. No one wins from censorship. The publisher doesn't win, the readers don't win, and it's boring. If we're gonna go there, we're gonna go there.

Oh my God. I don't know. Getting checked for prostate cancer? Me buying a house? (Laughs) That's the thing, once you chill out and you become more stable, your life becomes more
boring.

You can hear more from Ryan about his (not boring at all) life and book at one of his upcoming book tour events:

Cheerleader for bands and writer of stuff. Total Bozo.