Ryan Reynolds couldn't be prouder of baby James, his daughter with wife Blake Lively, as evidenced by the adorable first photo he shared back in May. Just don't expect him to become one of those parents who touts every new milestone as an earth-shattering event.

The actor dropped by HuffPost Live on Monday to discuss his new sci-fi thriller "Self/less," which hits theaters July 10, but he also chatted with host Alyona Minkovski about some of his recent tweets, including this one that he posted on Father's Day. Reynolds said he gets a kick out of writing about his daughter in a way people might not expect.

"I just find it funny -- everybody thinks their son or daughter is God's gift to air, and in their home, they are. I mean, when I'm [in my house], I look at my daughter and I'm like, 'You are the most amazing creature I've ever seen in my life.' But that's sort of annoying when you do that publicly, so I usually kind of go the other way with it. I'll write silly jokes about how my daughter is terrible at her art or whatever," Reynolds said.

Watch the actor discuss being a parent in the video above, and click here for his full HuffPost Live conversation. 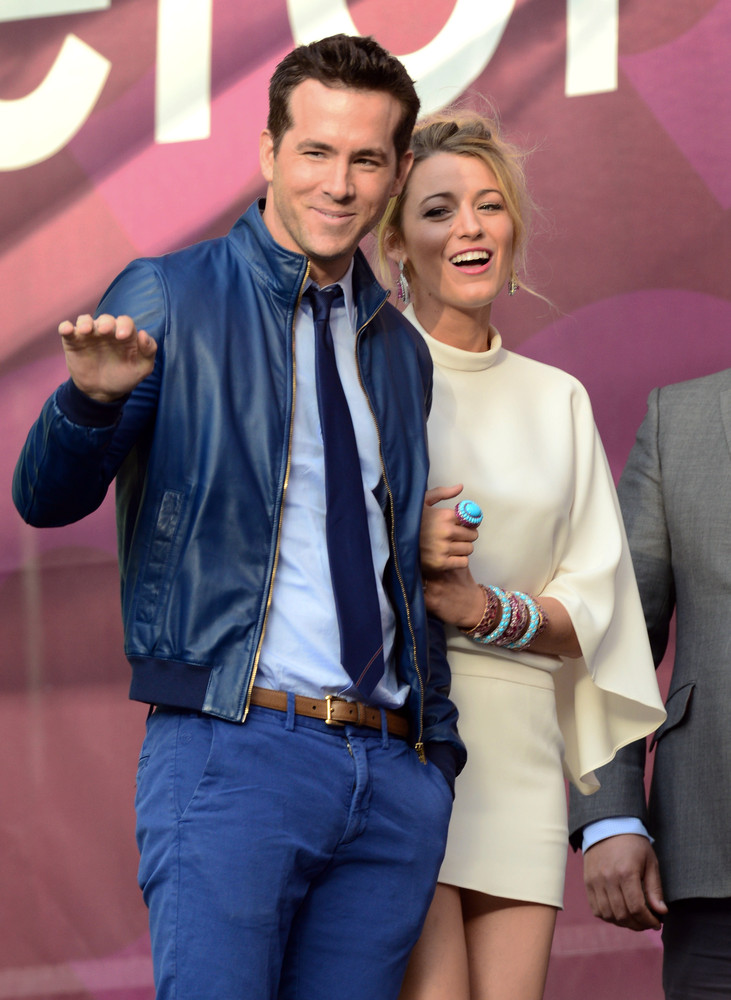 1 / 95
Blake And Ryan
At the 'Chime For Change: The Sound Of Change Live' Concert on June 1, 2013 in London, England, the pair make a rare appearance together; she in a '70s style mini dress with a cape detail and he in a sexy street style chic blue leather jacket and matching jeans, shirt and tie.
Ian Gavan/Getty Images for Gucci