Ryan Reynolds is helping promote his Sandra Bullock romantic comedy "The Proposal" (opening June 19) by gracing the cover of Entertainment Weekly with four differently themed covers, just one of which is seen below.

Inside, the newlywed (to Scarlett Johansseon) opens up about being a sex symbol, a working actor and not playing videogames.

On being a sex symbol:
"Really embarrassing. I think I fear more than anything just sounding like a complete a-hole when I have to answer that question. If you take any of that seriously, you need to be euthanized, ASAP."

On being an actor:
"I've always just liked working. I like being a working actor. There's an old saying that you don't ever finish a movie, you abandon it, and I really believe that. I never walk away from a take and pat myself on the back. You always walk away going, 'Damnit, I should have tried this!' It's that possibility that keeps me coming back for more."

On favorite TV Show, A&E's Intervention:
"Real schadenfreude stuff. The first season or two is all about alcoholics and heroin addicts, but then as the seasons progress, they feel the need to sensationalize it a bit. So by Season 5, you get to people who are chemically unable to experience joy unless they're smoking a cat, or something equally disturbing. I love it."

On video games:
I don't really play video games. Is there a way to waste more f--ing time? The internet's enough. The last videogame I played was Ms. Pacman." 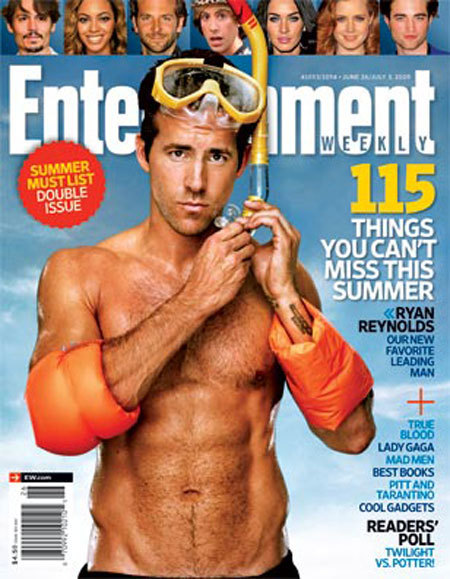