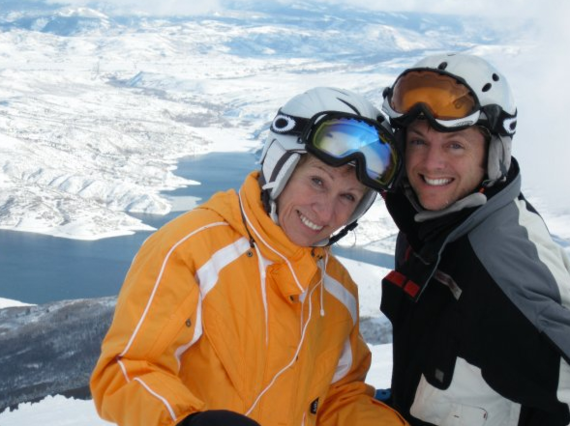 We were skiing Deer Valley, and I'd just bragged to my pal Barbara Corcoran (yes, that one) and partner Scott Stewart (some say "husband"), "I can't believe that a year ago I was recovering from back surgery. I'm skiing like I've never skied before!" Apparently, that statement is the ski equivalent of shouting "Macbeth!" seconds before curtain up.

As I came down the hill on the next run, a woman in darling pink ski bibs cut toward me. Turning to avoid her, I hit a pile of snow, went airborne and landed hard on my right shoulder. Even though I've never had a shoulder dislocation, it is breathtakingly unmistakable. After a five-minute struggle to right myself, I felt my arm dangling inside my down jacket like an overcooked spaghetti noodle.

Determined not to pass out, I turned my skis downhill and headed toward Scott and Barbara who were waiting half way down the mountain. "Are you okay?" Barb asked as I came to a stop with a grimace.

"I dislocated my shoulder," I said.

"Nah," she said, with a reassuring chuckle. "You couldn't have. I've been with two big men who dislocated their shoulders, one passed out and the other cried in pain for hours." She reached for my jacket.

"Are you sure?" I heard Scott 's voice trail off as I headed boldly down the mountain, one arm dangling at my side. There's nothing like adrenaline and a shot of shock to fuel determination.

Scott and Barbara helped me into "Ski Patrol," or as I called it, "The nurse's office." Scott stayed with me. Barbara took my equipment. The nurse, a twenty-something blonde with a soothing voice, looked more shocked than I was. Her eyes were wide and occasionally snuck looks at Scott. "Do you want me to call a $12 cab or a $1,200 ambulance?" she asked.

When we arrived at the hospital, it was as though waters parted. They didn't ask me for proof of insurance, ID or a credit card. Instead, they shuffled me past a waiting room of other ailing folk and into a private area where they gingerly took off my jacket. The doctor, his assistant and the x-ray technician all looked at me (and at Scott) with wide eyes similar to those of the nurse at Ski Patrol. I could tell by their astonished looks that it was bad.

Once x-rays confirmed there were no bone breaks, the doctor and two assistants proceeded to put the shoulder back in place, which involved a sheet wrapped around my midriff so that one assistant could anchor me on my left side while the other pushed upwards on my back from behind, and the doctor tugged on my injured arm.

It was a dramatic POP! But what came next was even more dramatic.

"Can I ask you something?" the doctor said.

"Well, when Deer Valley called us they said they were sending Ryan Seacrest over," the doctor said.

"But he's calling himself 'Bruce Littlefield.'" 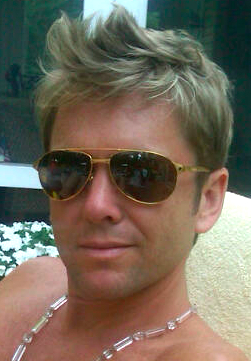 I'm not sure whether I'm Ryan's doppelgänger, but I do know this traumatic adventure proves three things:

1) Laughter is the best medicine.
2) The "star treatment" is a very real thing.
3) Ryan Seacrest is a bona fide hero, my American Idol.