An analysis of millions of tweets has determined that the saddest day of the year so far was April 15, the day of the Boston Marathon bombing.

April 15 was also Tax Day and a Monday, so it was sure to generate negative tweets regardless of news events. However, the bombing led to an outpouring of grief on Twitter.

The date wasn't only the saddest day of 2013; it was the saddest day on Twitter in the past five years, according to Hedonometer, which has studied tweet sentiment since September 2008. (Previously, Dec. 14, 2012, the day of the Newtown school shooting, held that distinction.)

Here's how Hedonometer works: The research site monitors "a random sampling of roughly 50 million (10%) of all messages" posted to Twitter each day (an astonishing 100GB of data daily!). The 5,000 most common words in the English language, based on several sources, are included in the analysis, and each word gets scored on a nine-point scale of happiness: (1) sad to (9) happy.

So what's the happiest day of the year? Every year, without fail, it's Christmas Day, Dec. 25, when words like "merry," "family," "happy" and "love" are in high use.

Take a look at some of the most tweeted words on April 15, according to the analysis: 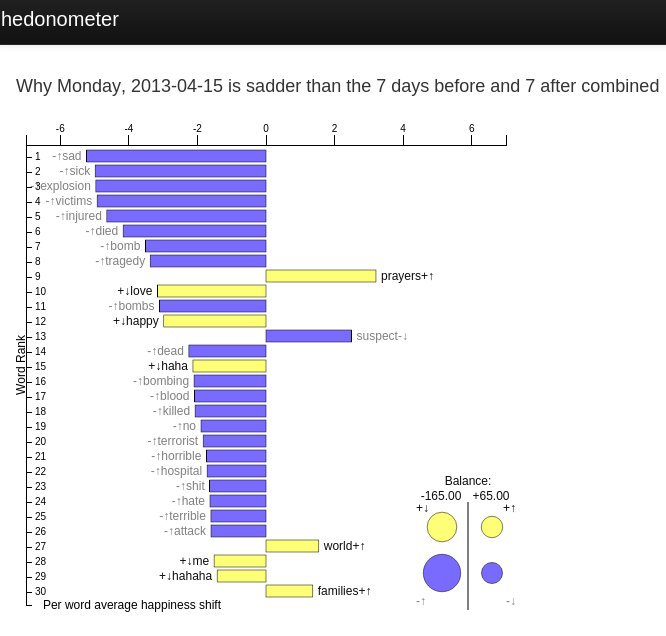 And here are the last five years plotted on a chart. (Click the image to be taken to the Hedonometer site for a higher resolution, interactive version of the chart.) 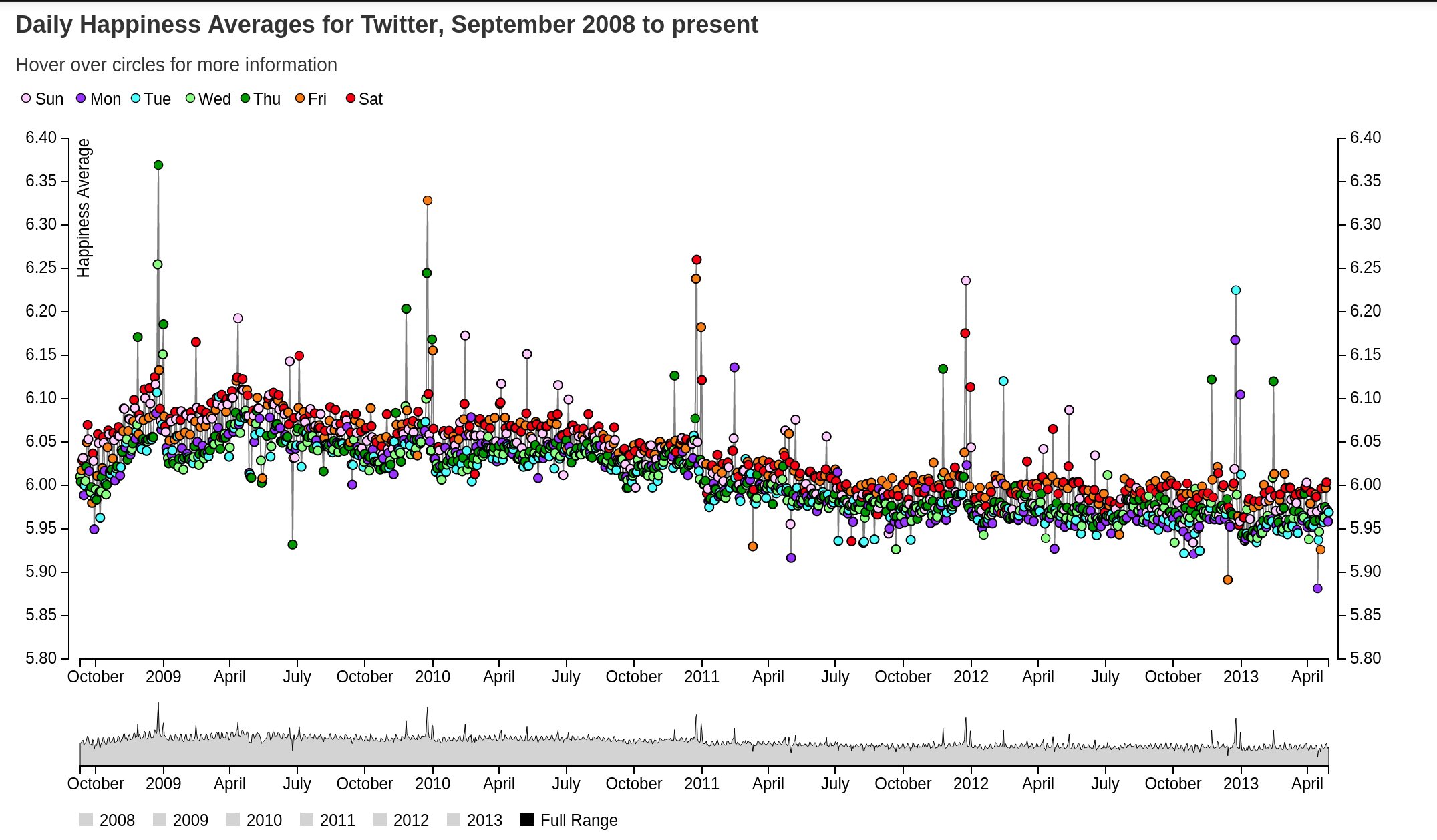