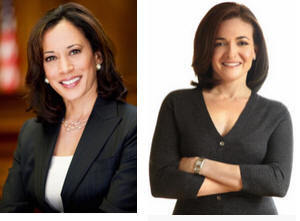 In 2004 a project of the European Commission launched "Safer Internet Day," which became an annual event held on the second Tuesday of February. This year represents the 11th Safer Internet Day, which is now being celebrated in more than 100 countries, including the United States.

Last year ConnectSafely.org, the nonprofit Internet safety organization that I help run, was asked to be the U.S. host, and we launched our own inaugural event in Washington, D.C., that featured panels of youth and industry leaders plus an address by U.S. Sen. Chuck Schumer (D-New York). 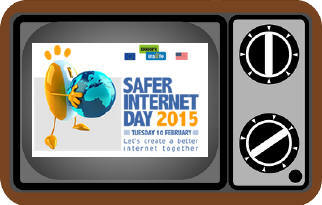 The U.S. theme this year is "Actions and Activism Toward a Better Net and World," which reflects ConnectSafely's perspective on the real meaning of Internet safety.

As you'd expect at an Internet safety gathering, we have a panel, "Beyond Bullying: Dealing With Trolling and Social Cruelty," focusing on serious issues that plague the Internet and social networks. And, yes, there will be talk about privacy and security challenges that should be on everyone's mind now that the details of our personal, social and financial lives, along with our healthcare and school records, are increasingly being stored on cloud servers. Even our bodies are being connected to the Internet as we strap on smartwatches that transmit data about our pulse and perspiration rates along with other bodily functions to cloud servers that could be vulnerable to all sorts of compromises.

Risk Should Be Managed but Not Avoided

But even as we share the best advice from industry, government and nonprofit leaders, we will remember that the title of our event is Safer Internet Day, not Safe Internet Day. That's because no amount of precautions can possibly guarantee that nothing will go wrong any more than air bags, seat belts and even safe driving can prevent all car accidents.

It's not about avoiding all risk but about managing the inherent risks associated with just about anything we do -- in this case, using powerful and connected technologies to enhance our lives.

I'm particularly excited by the upcoming Safer Internet Day panel titled "Using Technology to Effect Social Change" because it will cover how today's connected devices are helping people all over the planet make small and large changes to improve their lives. Whether it's toppling oppressive regimes, helping make local law enforcement more sensitive to the needs of their communities, or getting a traffic light installed in a busy intersection, activists around the world have found social media and mobile technology to be a powerful tool to revive that old '60s slogan, "Power to the People."

I was thinking about this panel a couple of Mondays ago as the nation celebrated Martin Luther King Jr. Day. Without doubt, Dr. King would have been an enthusiastic user of social media, had the tools been available in his day. He and his fellow civil-rights activists would have used Twitter and Facebook to recruit volunteers, mobilize support and attract people to events just as they did with the technologies of their time -- the mimeograph, the megaphone and the telephone.

King's supporters, and the press covering them, would have used smartphones to document the atrocities they faced daily, and those images would have been just as powerful as the grainy black-and-white photos they produced at the time. I bet they would have used LinkedIn to drum up support among businesses and professionals. And surely they would have used Tumblr, Instagram and maybe even Snapchat to rally the support of young people, like those brave volunteers who risked, and in many cases gave, their lives to help make Dr. King's "Dream" a real possibility.

But one thing King would almost certainly have not done was rely on "clictivism," a term for social-change campaigns that rely on people simply "liking" a cause or checking an online box to express their opinion or outrage. He still would have organized sit-ins, boycotts, nonviolent demonstrations and, of course, that massive March on Washington -- because he would have known that technology alone can't bring about social change. For that you need dedication, hard work, organizers in the streets, the willingness to take real risks, and the energy of the people.

I'll be thinking about Martin Luther King Jr. on Safer Internet Day because. Just as he was trying to build a better, kinder and more just nation, we're united beyond the global theme of creating "a better Internet together." We won't achieve that dream on Feb. 10, but we will take a small step toward spreading online kindness, media literacy and social activism. You'll find details at SaferInternetDay.us. The event is fully booked, but you can watch it online here.