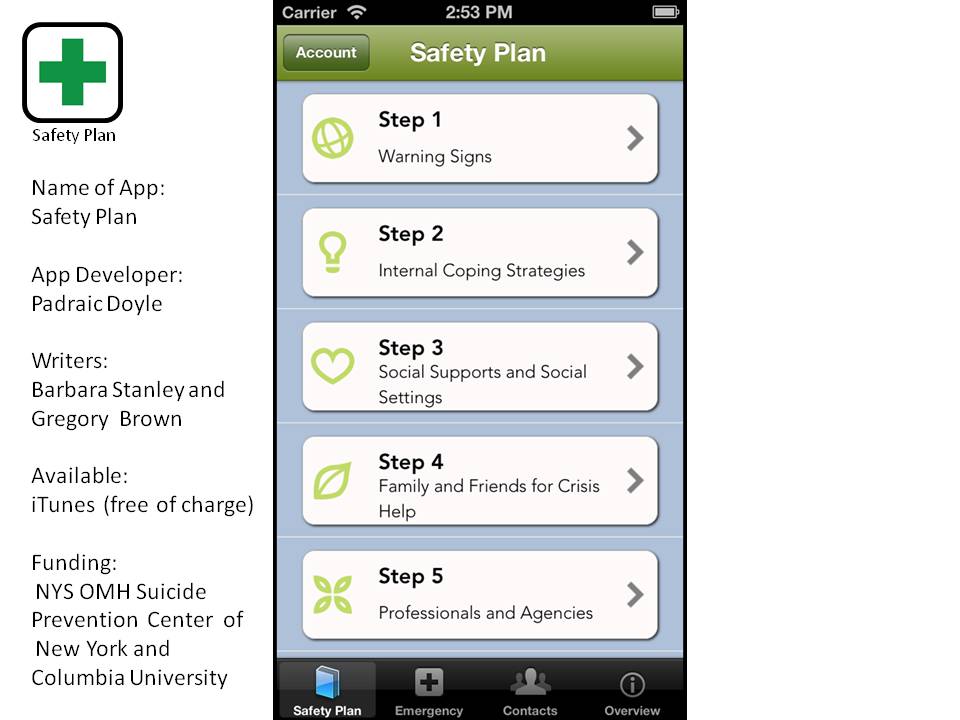 In a poignant account in the Sacramento Bee (August 13, 2014), Craig Lomax described the events leading up to his college freshman daughter's death by suicide. Lomax and his wife had paid their daughter Linnea a surprise visit at her dormitory, where they interrupted her preparing to make a suicide attempt with an overdose of pills. Their visit prevented the attempt. Linnea was hospitalized in a nearby psychiatric facility. After a week and a half, she was considered stable enough to be released and referred to outpatient care. She went to an outpatient clinic for an initial day-long appointment, but left in the middle of the day and disappeared. She was found several weeks later having died by suicide.

The tragic death of Linnea Lomax suggests we need to provide more than a referral for an outpatient appointment to better help individuals grappling with suicidal feelings. Transitions from hospital inpatient stays and emergency room visits are high risk periods for fatal outcomes. These periods of risk can extend for months. More needs to be done to help suicidal patients achieve safety during transitions in any type of mental health care as well as during periods of acute distress while in ongoing care.

What is needed is not dissimilar from how patients who have had a surgical procedure are treated. They, too, are considered safe to be discharged but are not able to fully function. However, unlike suicidal patients, surgical patients are provided more support: more than a follow-up appointment with their doctor is given to help them through an extended recovery period. For post-op patients, this might include crutches or a cane for those who have had orthopedic surgery; home health aides to assist with self-care for others; specific instructions about wound care and rehabilitation when needed; and warning signs of a developing problem to look for.

What do we do for psychiatric patients during a suicide crisis to help them through an extended recovery or high-risk period? A referral to outpatient care (in the hopes that they will follow through) is typical, but this isn't enough. A person is sent home without the emotional "crutches" or self-care instructions that orthopedic patients receive, and typically without instructions for detecting the warning signs of further risk. Things have begun to change to address this gap in care.

We now have easy-to-use interventions for people grappling with urges to harm themselves, to prevent acting on suicidal feelings, which can be used during periods of elevated risk for suicide. These recently developed interventions are, in a sense, psychological 'braces' -- they provide, as well, instructions that suicidal individuals can use to help themselves through the periods of safety risk.

One is called the Safety Planning Intervention, developed by one of the authors (Barbara Stanley) and her colleague, Dr. Gregory Brown, and is available as an app on iTunes. Safety Planning aims to help individuals manage suicidal feelings and to survive a suicidal crisis.

While suicide risk may last a few months, the actual time that a person plans a suicide attempt before acting is quite brief -- often a few minutes to an hour. The Safety Planning Intervention helps people recognize when they are entering this danger zone and provides ways to deescalate to prevent a suicide attempt. Suicidal individuals who have been taught this intervention report that it has 'saved their life,' enabled them to take control rather than be controlled by suicidal feelings, and helped them not make an attempt on their lives.

A Safety Plan is a written document (like post-op instructions), tailored to each individual. It consists of five elements:

1. Recognize warning signs: A person identifies, in advance, specific thoughts, feelings, situations and behaviors that foreshadow a crisis. Examples include: feeling certain that the emotional pain will never end, or having persistent thoughts that others would be better off without them around. These warning signs signal to suicidal individuals and their loved ones that they need to mobilize their 'emergency plan' to deescalate an emerging suicidal crisis.

2. Identify coping strategies that can be used without contacting another person: A person lists activities that can be done by themselves that can take their mind off their suicidal feelings, allowing time to pass and for the impulses to subside. Simple, engrossing activities can be surprisingly helpful like listening to calming music, exercising, going for a walk or playing a musical instrument.

3. Identify people and social settings that offer support as well as distraction from the crisis -- as well as family members and friends who can help to resolve the crisis. This means determining specific people (like a sister, brother, parent, or a trusted friend) as well as healthy social settings that can take a person's mind off their suicidal feelings, while providing distraction and support. These people and places, and how to reach, are written in the Safety Plan -- and are shared with those involved.

4. Identify mental health professionals or agencies: Create a list of names, numbers and/or locations of clinicians, local emergency rooms, and crisis hotlines that can be contacted during a suicide emergency. Crisis is no time to begin to search for this type of information.

5. Ensure that access to deadly means of self-harm are minimized. This means, for example, limiting the number of pills available at any one time or removing or locking up firearms. It is a myth that if someone wants to die by suicide, they will, no matter what. In fact, limiting access to deadly means makes a real difference. The strongest of suicidal feelings typically last only a brief period. If it is more difficult to act during these periods, there is a good chance that the suicidal feelings will subside.

Safety Plans may seem simple -- but so are so many of the best things we can to help ourselves. While a Safety Plan in itself does not address longstanding issues that led to the suicidal feelings it can help people stay alive long enough to work on rebuilding their lives.