Each year, the SAG Awards honor the best actors on film and television, and the 2013 Screen Actors Guild Awards ceremony was no different.

Daniel Day-Lewis, Hugh Jackman, Anne Hathaway, Jessica Chastain and Jennifer Lawrence were among the movie stars nominated at the 19th annual SAG Awards. Once again, however, it was Ben Affleck who stole the show.

Affleck's "Argo" took home the Outstanding Ensemble in a Motion Picture, upsetting "Lincoln" and "Silver Linings Playbook" to win the award. Following the film's victory at the Producers Guild of America Awards on Saturday night, "Argo" is in prime position to win Best Picture at the Academy Awards on Feb. 24, this despite Affleck being snubbed in the Best Director category.

Despite those wins, "30 Rock" lost to "Modern Family" for Outstanding Ensemble in a Comedy Series. "Modern Family" star Jesse Tyler Ferguson thanked the casts of "30 Rock" and "The Office" for inspiration and general awesomeness, as both shows are going off the air after this season.

After a flurry of early awards, Baldwin came back out on stage to announce Dick Van Dyke's Screen Actors Guild lifetime achievement award.

Bryan Cranston kicked off the second half of the SAG Awards by winning Outstanding Male Actor in a Drama Series for "Breaking Bad." He thanked his family, his cast and AMC.

Claire Danes won the Outstanding Female Actor in a Drama Series for "Homeland."

"Downton Abbey" was an upset victor in the Outstanding Ensemble in a Drama Series, defeating "Mad Men," "Breaking Bad," "Homeland" and "Boardwalk Empire" for the honor.

The 2013 SAG Awards results could help clear up the very murky Oscar race. From previous HuffPost Entertainment coverage of the SAG Awards, via The Associated Press:

But Oscar night on Feb. 24 looks more uncertain this time after some top directing prospects, including Ben Affleck for "Argo" and Kathryn Bigelow for "Zero Dark Thirty," missed out on nominations. Both films were nominated for best picture, but a movie rarely wins the top Oscar if its director is not also in the running.

Steven Spielberg's "Lincoln" would seem the Oscar favorite with 12 nominations. Yet "Argo" and Affleck were surprise best-drama and director winners at the Golden Globes, and then there's Saturday's Producers Guild win for "Argo," leaving the Oscar race looking like anybody's guess.

The Screen Actors Guild honors at least should help to establish solid front-runners for the stars. All four of the guild's individual acting winners often go on to receive the same prizes at the Academy Awards.

Check out a full list of SAG Awards winners below, as the awards are announced: 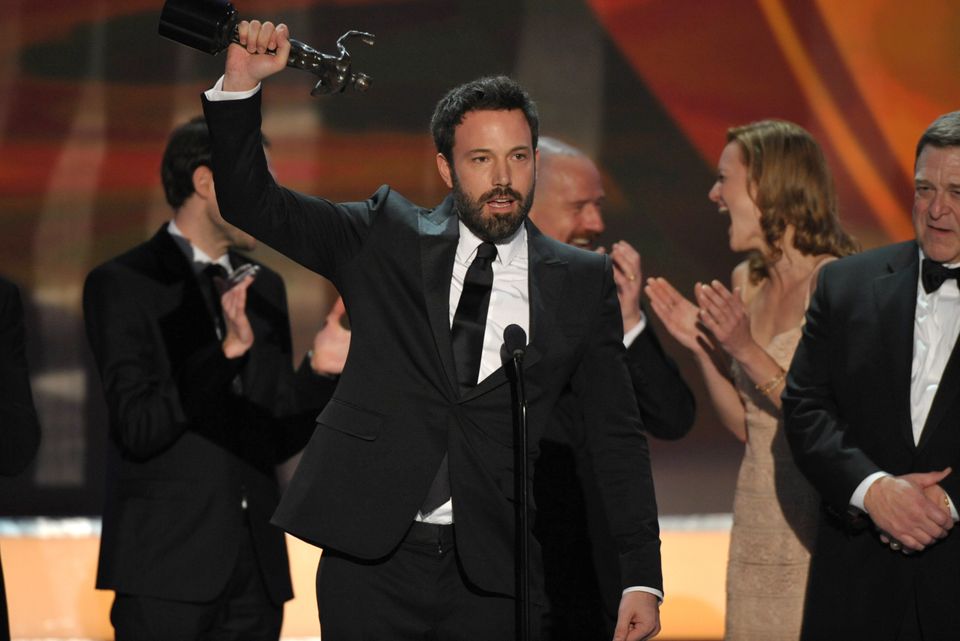