1 million children are at risk of dying of malnutrition in Africa's Sahel region, a 1000-kilometer belt between the Sahara and the Sudanian Savannas, UNICEF warns. According to UNICEF, over 15 million people in eight African countries are directly affected by the crisis. Oxfam reports that malnutrition levels in some regions rise beyond the emergency threshold level of 15 percent. “If we are not able to mount the appropriate response, it could reach up to 1.4 million severely malnourished children, so we’re talking about a lot of lives which are at stake here,” UNICEF's Director of Emergency Programs, Louis-Georges Arsenault, said in a statement.

"Millions of people are on the threshold of a major crisis. All signs point to a drought becoming a catastrophe if nothing is done soon. The world cannot allow this to happen. A concerted aid effort is needed to stop tens of thousands dying due to international complacency," said Mamadou Biteye, Oxfam Regional Director for West Africa.

According to the World Food Program, the combination of drought, high food prices, displacement, and chronic poverty may lead to a full-scale nutritional crisis. In addition, many families have not yet fully recovered from past crises in 2005, 2008, and 2010.

Food shortages are common in the Sahel -- the region annually fights shortages in the time between harvests and reports show that even during good harvest years parts of the population are undernourished. Yet aid agencies warn this year's scarcity could develop into a full humanitarian crisis and it is crucial to take swift action.

A report by Oxfam and Save The Children showed that many died needlessly in last year's famine in East Africa because the international community failed to act on early warnings. "There were clear early warning signs many months in advance, yet there was insufficient response until it was far too late," the organizations concluded in the report A Dangerous Delay.

The crisis in the Sahel also has been aggravated by fighting in Mali, where thousands of refugees have fled to neighboring Mauritania, Niger and Burkina Faso.

See the maps below courtesy of UNICEF. 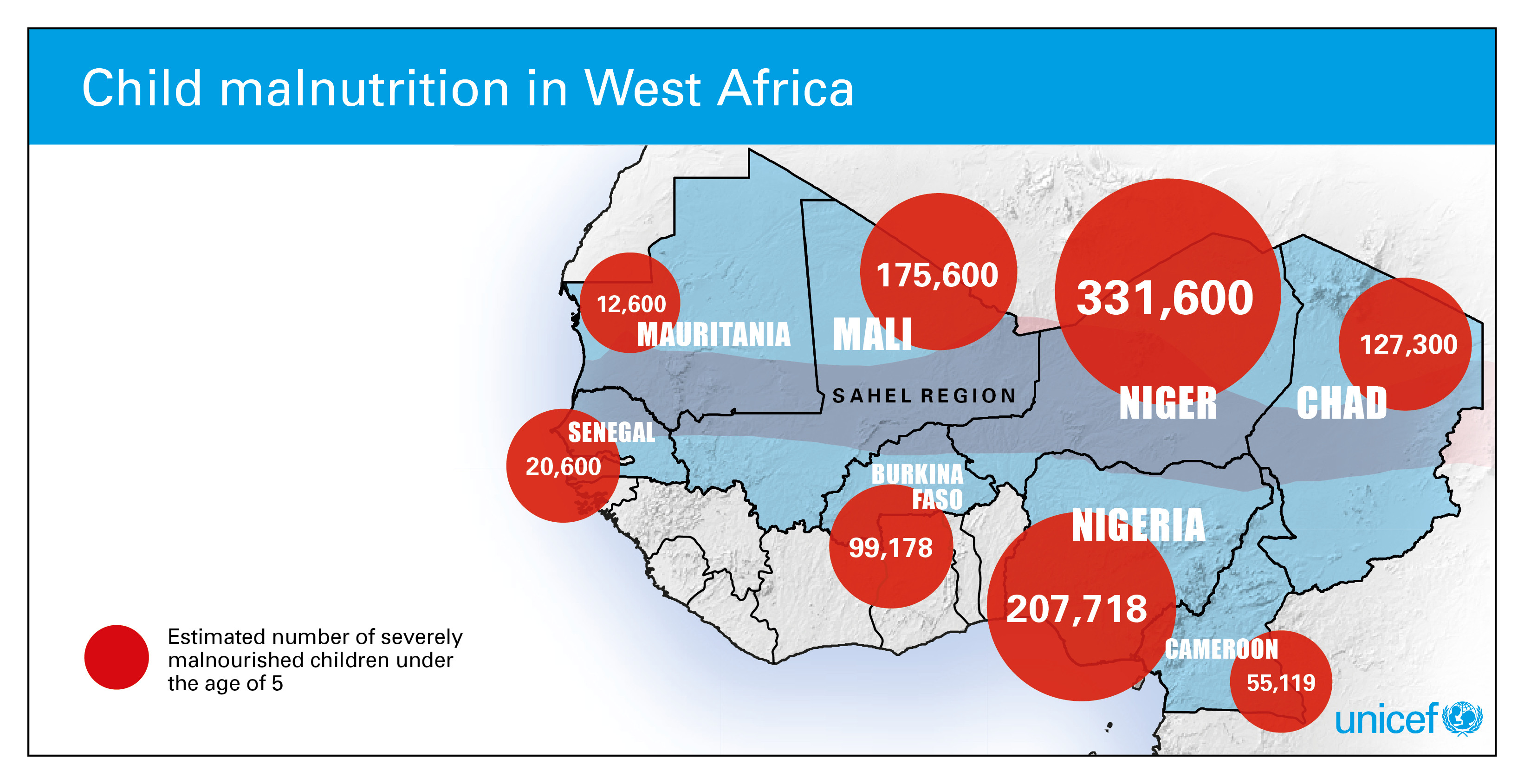 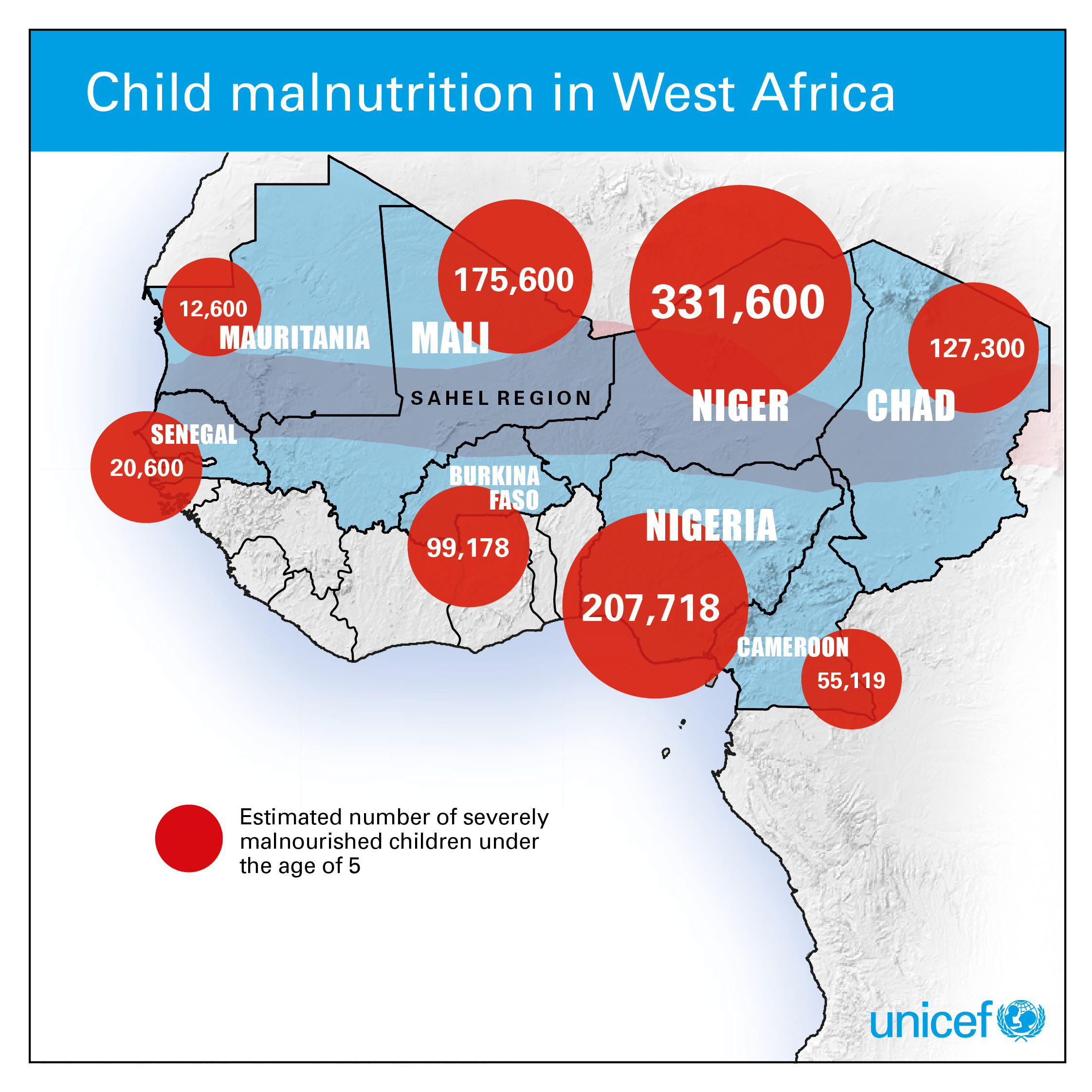