Sahraa Karimi is a young female Afghan filmmaker who grew up in Iran. In her early twenties, she migrated to Slovakia, and spent the next 12 years studying for Bachelor, Master, and Doctorate degrees in film and directing. When she returned to Afghanistan, Karimi co-founded the Kapila Multimedia House to promote independent cinema and has recently re-opened the Kaluch Kapila Cinema. Karimi continues to live between Kabul, Bratislava, and Tehran. Her films, mostly about civil rights issues faced by women in Afghanistan, have won international awards and are frequently screened in international film festivals. 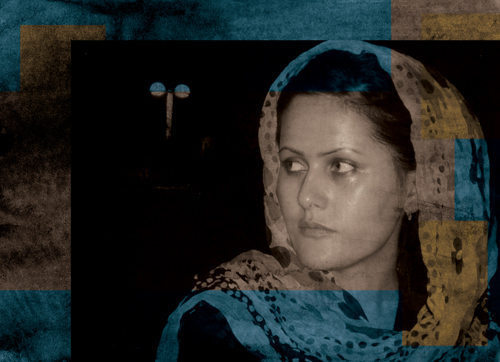 Can you share with us some memories of instances when your rights have been violated and how they have influenced your life?

The most serious rights violation I have experienced happened to me while I was living in Iran. I passed the university entrance exam with high grades and was qualified to enter one of the best universities. But even though I had grown up in Iran, they saw me as a migrant and gave my place to an Iranian war veteran. They tried to send me to another institution for a year to learn Persian before going to university -- Persian was my mother tongue! That is the reason why I left Iran.

As a female artist and filmmaker in Afghanistan, I have to fight constantly against prejudice and violations of my rights.

Women in other places face fewer problems. When I first returned to Afghanistan in 2006, I had made a successful film abroad and I screened it here. It is an intellectual, thought-provoking film. Some vulgar filmmakers parading as critics insulted my religious and ethnic interpretations, demanding to know what right I had to make a film in Afghanistan!

I don't think our artistic contributions should be constrained by our origin, beliefs, or religion. I have been insulted so many times. My family has been forced to migrate twice. The first time was before I was born, when my parents left Afghanistan for Iran. The second time, I was an adult and I saw that I had no place in Iran as an Afghan migrant. I was deprived of everything I had worked so hard to achieve. There was no reason for me to stay. I wanted to go somewhere where I would have an identity and could pursue my dreams.

The youth give me hope. They refuse to bow their heads and submit like the generations before them did. They do not blindly follow political and religious ideologies. They are yearning for education and are trying to change the world around them, even though the obstacles to change are sometimes overwhelming. They give me hope to stay here.

The elders refuse to step down: They are determined to run the government and control all of the major political decisions.

The people of Afghanistan have lost their trust. They don't have faith in the political groups. They prefer to stay silent and see escape as their best solution.

Another challenge is the brain drain. Young, critical people who could bring change are leaving Afghanistan because of the lack of security, stability, and trust in politicians.

I don't believe this thing we call the 'Taliban history' will be repeated in Afghanistan. Of course, this is an optimistic view of the future. But the people and especially the young people have tasted freedom in the last 10 years. When that happens -- when people can sit freely in coffee shops, and talk, and laugh, and watch critical films or take part in political and social discussions -- people will not easily allow others to chain them up again. The taste of freedom is a powerful antidote to oppression.

What solutions do you see for advancing women's rights in Afghanistan?

I don't think it's helpful to take an extremist feminist attitude. We are living together with men in this society; it doesn't help us to set ourselves up as opponents to the patriarchal society. Rather, we should seek to portray ourselves as humans -- focus on the humanity that unites us rather than the gender that divides us. Establishing competing fronts on the basis of gender in Afghanistan is futile. Men are expert warlords: They fight and suppress each other. What can women do under such circumstances? Our best chance is to look for cooperative solutions: Let's see how we can walk the same path with men as our companions, rather than trying to take extremist and oppositional views. These harm us more than they help us.