Don't write off Saint Sarah all you political pundits, press smartypants, and Washington insiders. You're out of touch with the men and women who love Sarah Palin--always have been and clearly will be. In your mind--Mr. Rove, Mr. Steele, and Mr. Huckabee--Sarah Palin has thrown away her chance to take the White House by handing in her resignation as governor. That's not what presidential candidates are supposed to do. They're supposed to toil away for years--decades, even--as senators or governors--before announcing their candidacy on the long haul to The Big White House.

Well guess what, boys--election rules are now made to be broken. 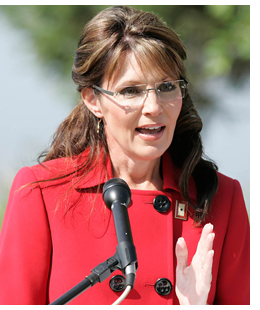 Didn't you all just watch Barack Obama steal the White House right out from under the feet of the establishment-anointed Hillary Clinton? And he did it by forging a new path to the presidency based on an enormous grass roots movement that got its momentum from regular folks.

Oh yeah. Sounds familiar. Well Sarah Palin, despite her Katie Couric missteps, is no dumb bunny. The lady from Wasilla didn't leapfrog from nowheresville to Alaska governor by accident. She is a canny operator in her own right, with the ability to understand and embody the opinions of her audience. And they already like her better than before!

A new nationwide USA TODAY/Gallup Poll has found that two-thirds of Republicans want Palin to be "a major national political figure" in the future. In fact a whopping 71% of Republicans say they'd likely vote for her if she ran for president in 2012. And this poll was done after her resignation!

In fact, announcing her resignation on the eve of Independence Day wasn't done so the deed could slide under the radar of a long holiday weekend.

No way. She did it BECAUSE it WAS Independence Day and she wasn't really announcing a resignation. No, she was actually proclaiming "my independence...no more politics as usual."

When Sarah Palin shared the presidential campaign trail with Mr. Maverick himself, John McCain, she quickly learned that The Maverick is still a path with enormous appeal to the conservative small government crowd. That crowd still gets teary-eyed over the belief that every man or woman can make it for him or herself with just spit, vinegar and hard work. No need for government intervention. And don't forget, Obama won the presidency because he was the Maverick Democrat. 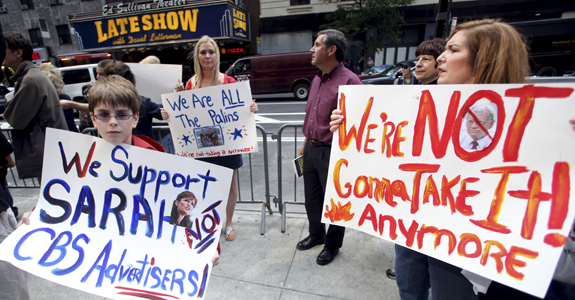 Now, the Lipstick Pitbull is banking on the fact that over the next 3.5 years there will be a behemoth of a backlash against Big Government, Big Spending, and Big Big Deficits--all the things that she and her supporters abhor.

And you know what--she's probably right. No matter how successful Obama's policies for routing a recession, there will be a swing back to the ideal that less government is more. America is just like that--cycles happen.

In the meantime, Saint Sarah can spend her time advancing her "higher calling" out of office. She made it very clear in her resignation speech that she has a mission and a missionary's fervor.

In her own words, she is done with conventional "politics as usual." Big Government spending is "amoral." She needs to "BUILD UP" and "FIGHT" for our country. She will support others who "seek to serve for the RIGHT reasons."

Sarah sees herself as the Joan of Arc for hardworking "average Americans." 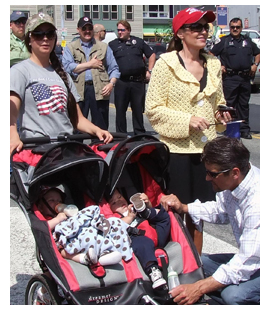 And like saints and missionaries of the past, when you have a calling that necessitates taking a bigger, more important road than regular roads, then you can't be bothered by accusations of "frivolous ethics violations," or by the typical "blood sport of the national political process."

I don't agree with critics that claim Sarah was speaking gobeldy gook when she was announcing her resignation. No, she was saying exactly what she wants to do. And it's clever.

No more time wasted on unproductive opposition that she would face in office. Instead, she'll take her message successfully on the road. And whether she's a new fox at Fox or reads speeches in front of sold-out auditoriums, Sarah Palin does know how to speak in a way that emotionally connects with her audience.

So beware to all Republicans and Democrats who count her out of the 2012 presidential race. These are unprecedented times, and unprecedented approaches that are not politics as usual will work. Saint Sarah has years now to go grassroots and spread her gospel. And guess what? It could work!