Every March about 30 miles outside of Bangkok thousands gather to watch or participate in the 'Sak Yant' festival held at the Wat Bang Phra Buddist temple; Sak means "tap tattoo" and Yant translates into "sacred design". Devotees believe that the tattoos are magical, can ward off physical harm, give good luck and have healing powers.

As the crowd forms around the temple it's common for a path to be made for those who have gone under a deep trance on their way into the temple; it's believed that the sometimes growling or shrieking devotees have invoked the spirit of their animal tattoos and therefore need to be subdued, soothed and sometimes carried into the temple, as a captured animal would be. Even without animal spirit tattoos any believer seems to be capable of entering a trance on their way into Wat Bang Phra.

Usually preformed by Buddhist monks, the 'sak yant' is done with a 'mai sak'- a long bamboo stick sharpened to a point; the ink is made from various ingredients sometimes including snake venom, herbs and cigarette ash. Once the tattoo is completed the monk blesses and blows onto the ink to infuse it with power. The tattooed are then supposed to abstain from drinking, stealing, lying, drugs, and alcohol.

The tattooed faithful are said to be protected from bodily harm and can return every year to be infused with new healing powers. 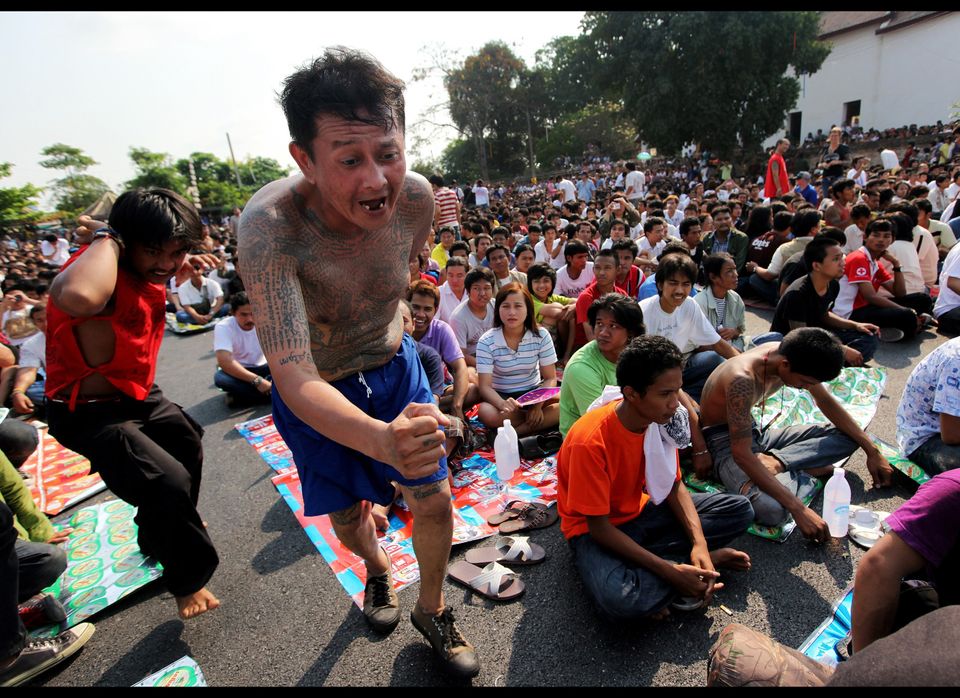