As everyone knows, Southern politicians despise taxes more than just about anything -- except perhaps cornbread with sugar, or iced tea without.

This established rule of the universe makes a new report by the Tax Foundation especially curious, at least at first look. The group, which typically takes an anti-tax stance, combined each state's sales tax rate with the average local sales tax rate, as of Jan. 1. 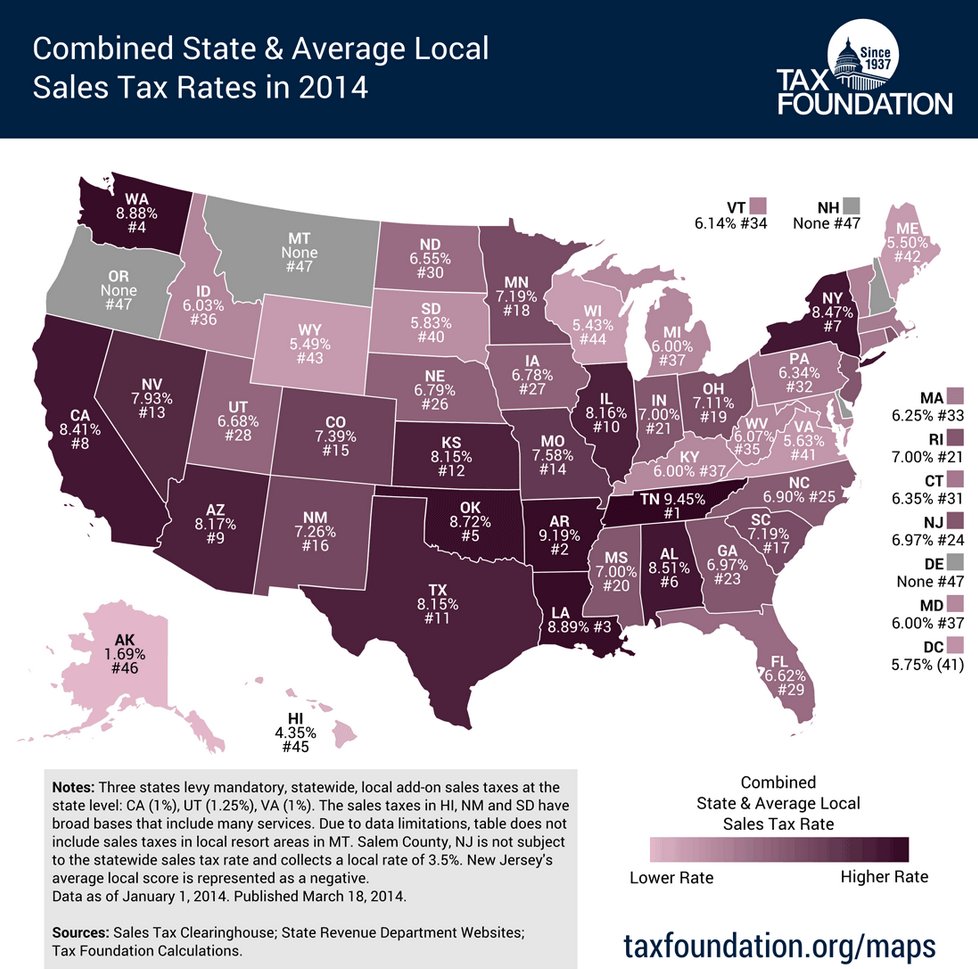 Not mentioned in the report are some of the factors that play into high sales tax rates. In the South, especially, property taxes are very low, and voters have historically rejected attempts to raise them. The region also has a history of handing out huge tax breaks to large manufactures in order to persuade them to move there.

Washington, number four on the list, passed a package of $9 billion in tax breaks in November in order to induce Boeing to locate production of its newest jet in Seattle.

So with few other options available to pay for things like roads and schools, states have been forced to boost sales taxes, a form of revenue generation generally considered regressive -- meaning it hurts poor people the most.

That's because the cost of food, clothing and other purchased goods tend to make up a higher percentage of a low income consumer's budget than for people with higher incomes.