Hayek, after saying she did not eat horse meat, described various delicious bugs that she has eaten, including 'tiny grasshoppers' that 'have a smokey flavor to them.. it's really good.'

She accidentally said 'delicatessen' instead of 'delicacy' at one point, joking that as her French gets better (her husband is French) her English is getting worse.

But, she told Letterman, she still dreams in Spanish.
WATCH: 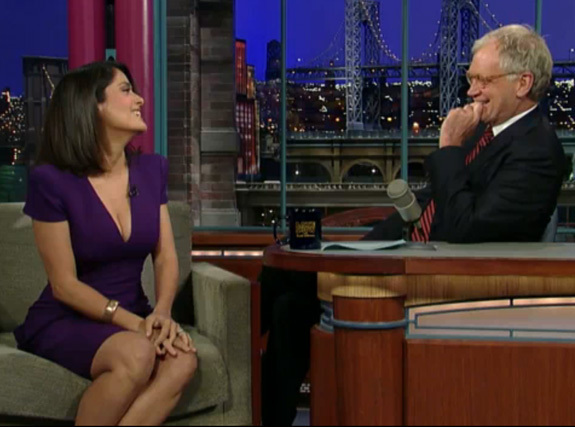 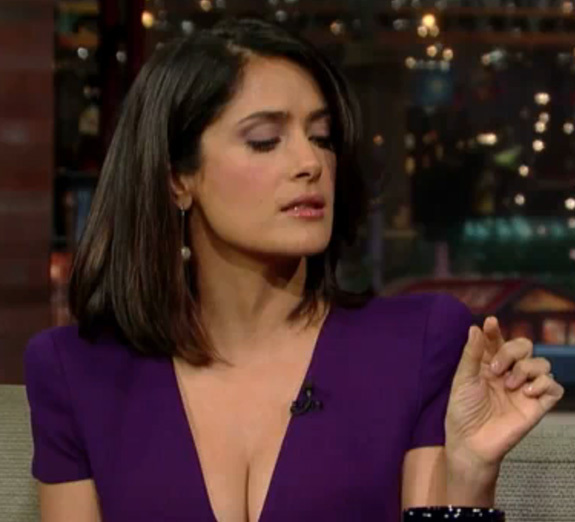 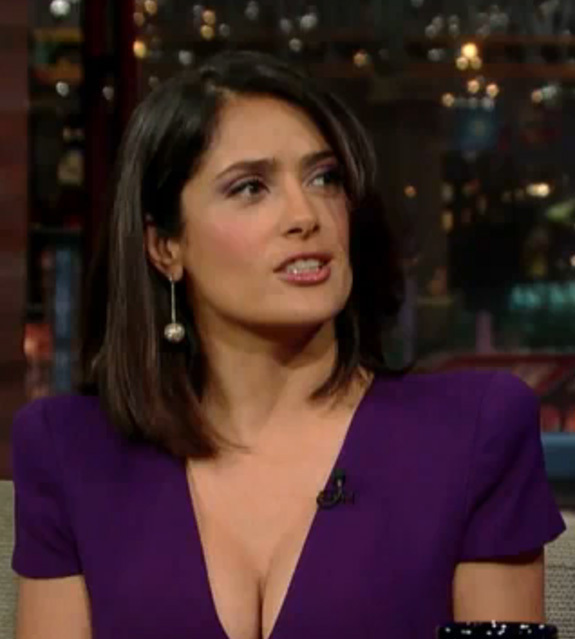