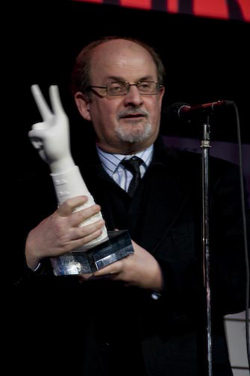 An Indian-British novelist, Booker Prize recipient, and Knight took the stage of the Capitale on the Bowery to tell a story. The year was 1968 and he had the choice of either graduating from Cambridge, or joining the Paris student revolution. He chose the former, and felt lame for choosing to finish his exams over throwing rocks at policemen. So to do something bold he went on a road trip with a "comically large" classmate Ralph, who was known for being a good driver, not being too bright, and for eating lots of cheese on toast. In those days, "it was possible to travel through Western Europe, the Soviet block, Turkey, Iraq, Iran, Afghanistan, and Pakistan, without anybody shooting at you," he said. But even more importantly, hashish, or "Afghan gold" as it was called, was legal, and sold according to quality with the government's stamp of approval in gold, silver, and bronze.

He didn't get as far as Afghanistan before coming to hate his English travelling companion. His annoyance escalated when Ralph touched the glass wall at the Shah of Iran's treasures, setting off an alarm and trapping them in the exhibit for several hours. At least they had the peacock throne to gaze upon. If you haven't figured it out, the storyteller was Salman Rushdie, telling his yarn to a lucky crowd of 600 at the annual Moth Ball gala this past Tuesday where he was honored with their storytelling award.

The MOTH was founded in 1997 by novelist George Dawes Green, who sought to recreate the experience of storytelling on a porch in Georgia, while moths flew into the light bulb. Today, MOTH hosts the StorySLAM series in New York and Los Angeles, where contestants from all walks of life try their luck at a five-minute slot. Its fanclub is huge, as witnessed by both their always sold-out events, as well as the millions of listeners who download their podcasts on iTunes.

John Turturro and last year's MOTH award winner Garrison Keillor (dressed in a suit and red Sauconys) co-hosted the evening. The theme of the night, La Dolce Vita, brought out Fellini-inspired gowns, a fake paparazzi chasing a blonde dame, and plenty of absinthe to make the rounds. "I like the Moth Ball and I always thought it was a terrific idea," Rushdie told us. "And you can see from the mist of people who've come and done events here for the Moth, that people really, really like the idea of actually getting up on your hind legs and telling a story that holds an audience. I've actually always been very interested in various storytelling because in India it's still a living form and you have the old story tellers who will get thousands of listeners. And so in fact I've tried to learn a little bit from their techniques." In Southern India, the oral tradition is so important that storytellers, who draw massive crowds, can even sway the elections. Politicians are known for bribing them for their support.

Storytelling is not just a competitive sport and a revived art form. We asked the co-hosts of the evening if they've ever used storytelling to get out of a jam. John Turturro told us, "I put my arms around a woman who I thought was my wife, and she wasn't. And I covered her mouth with my hands because she started screaming, and I had to explain to her who I was." Did he manage to get out of it ok? "Barely," he said.

Keillor told us he used storytelling all the time as a teenager with his mother and father: "When you come home at three o'clock in the morning on a winter night and you're a senior in high school, you need to have a good story. You drove into a ditch and it was full of snow, and that's why there are no marks on the car, and you were taking someone home way outside of town and so you had to walk back. And you have to tell this story believably and with no loose threads. That's how you learn, through lying." Rushdie said that although he uses stories all the time to get out of situations, he wasn't going to share any with us: "I've got to keep those to myself. I don't want to leak the technique."

The night was a fantastic success, encouraging the audience to not only craft their own stories, but to take time to listen to their fellow urbanities. What makes New York such a fantastic environment for storytelling? "There are a lot of stories. I don't think people are always isolated because you're stuck up against each other, so maybe that may have an exchange occasionally," Turturro told us. "But there are still Southern storytellers, Midwestern storytellers, Western storytellers. And I think in storytelling, you have to have warmth, and sex, maybe. Maybe storytelling came before sex." Regardless of which came first, one thing is for sure. There are eight million stories in the Naked City, and the MOTH is one of them. 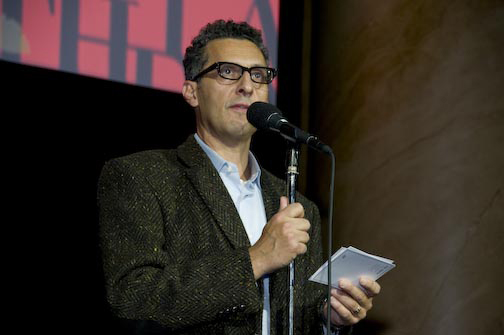 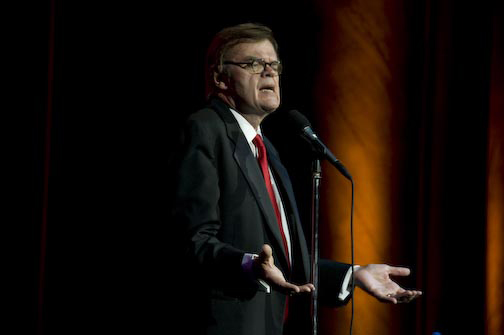