In honor of Salvador Dali's 109th birthday, we are revisiting a post originally published last year honoring the late artist's life and work.

Today is the birthday of everyone's favorite mustachioed surrealist painter, Salvador Dali. The eccentric Spaniard, who was a lover of all things gilded and bizarre, would turn 109 if he and his domesticated ocelot were still with us today.

Dali was born in Catalonia, Spain on May 11th, 1904 to an encouraging family that recognized his artistic talent at an early age. In 1922, the fledgling artist moved to Madrid to study at the Academia de San Fernando, where he began experimenting with Cubism, Dada and a newly found, outlandish fashion sense. He experienced his first taste of real success in Barcelona, Pittsburgh and Paris in the late 1920s, which soon propelled himself to the front of the Surrealist movement. In the company of Andre Breton, Max Ernst and Rene Magritte, and heavily influenced by contemporaries such as Pablo Picasso and Joan Miro, Dali combined his classical training with modernist techniques to create works that simultaneously awed and puzzled critics and art lovers alike. 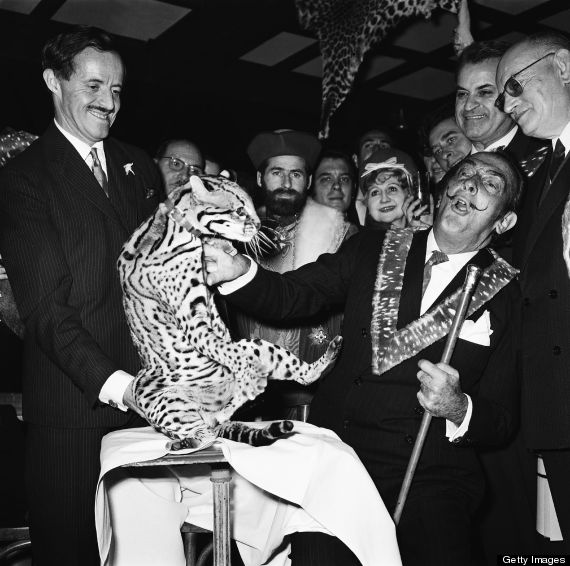 Although primarily known as a painter, Dali was by no means limited by any style or media. In fact, the span of his work ranged in form from oil and watercolor to sculptures to even films and novels. Demonstrating an immense appreciation for complex symbolism and the non-reality of dreams, Dali's works were filled with scientific and spiritual themes conveyed through nonsensical and sometimes horrifying images. Like his infamous painting, "The Persistence of Memory" (1931), he described his artworks as "hand-painted dream photographs" that bursted with an unrestricted creative energy. And that unbridled energy radiated tenfold in his public persona. Accompanied by his longtime lover and partner, the artist Gala Eluard, Dali was an unabashed self-promoter who thrived in the spotlight. Television spots, autograph signings, and celebrity soirees -- you name it, he showed up to wow the crowd with his haughty attitude and perfectly styled facial hair.

In the late 1930s, Dali's artistic style took a turn for the more traditional, a trend reflected in his political leanings, as he began to show support for the Franco regime in Spain. As a result, a tribunal of surrealists led by Andre Breton expelled him from their ranks. He went on to produce more books, jewelry, theatrical pieces and paintings, but contrary to his younger years, he pursued a reclusive lifestyle in old age. Despite his professed belief in his own immortality, he died of heart failure on January 23, 1989, and is buried in his hometown in Catalonia. But his legacy lives on, as he is often cited as a major inspiration to contemporary artists like Damien Hirst and Jeff Koons. Even Jim Henson was a fan, introducing children everywhere to the Sesame Street resident, Salvador Dada.

So in honor of the birthday of the late Avida Dollars, wax your upturned mustache, throw on your favorite gaudy cape, and just attempt to experience the "supreme pleasure" that was being Salvador Dali. Also, be sure to check out this slideshow of 15 Dali doppelgängers -- they're spot on. 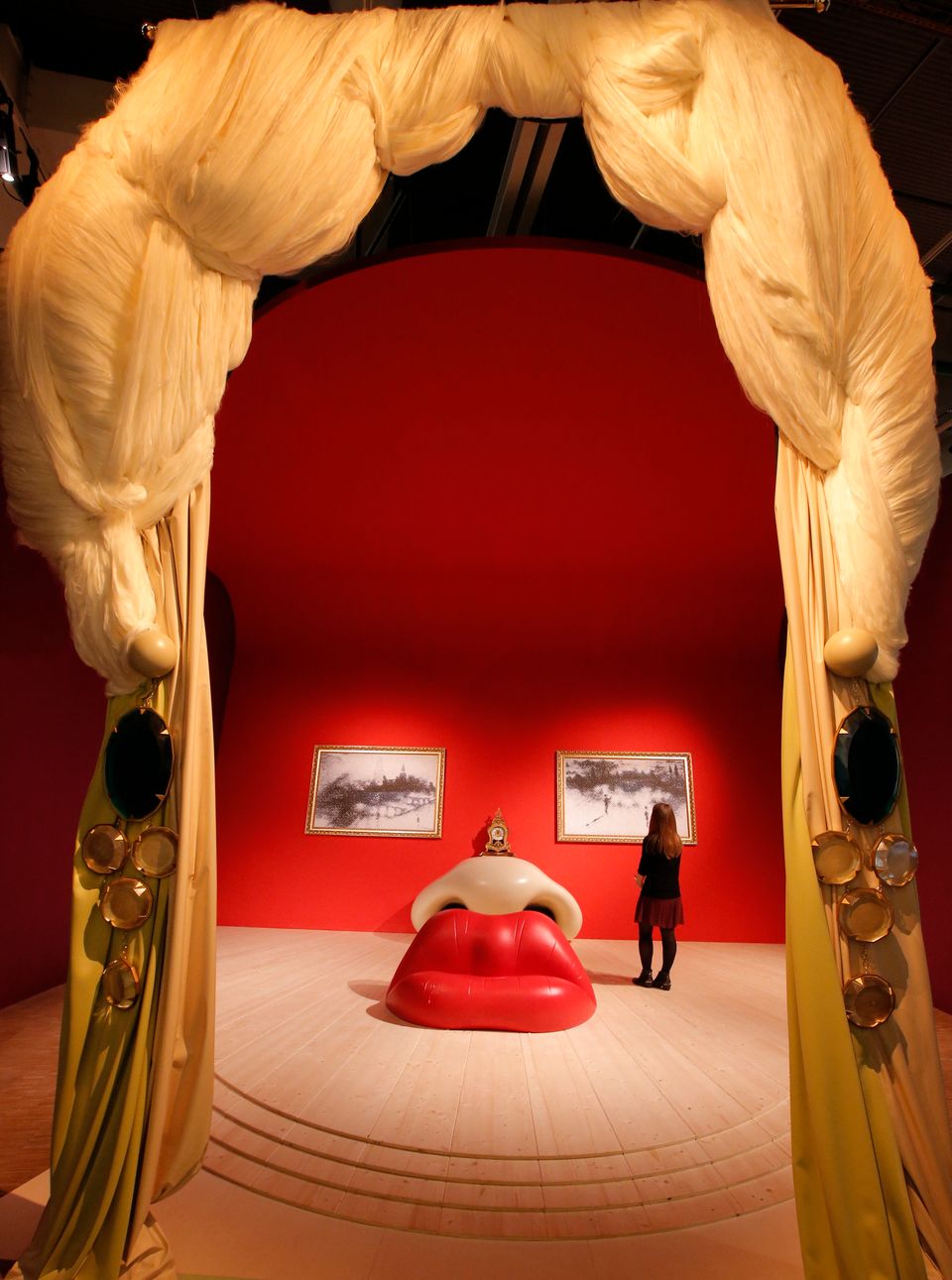