Salvatore Pane's debut novel, Last Call in the City of Bridges, follows Michael Bishop, a hard-drinking, video-game-playing, dead-end-job-toiling 25-year-old who's about to meet his match in Ivy Chase, a pastor's daughter. I spoke with Pane about the influence of social media, independent presses and, of course, the unknowability of Kanye West. 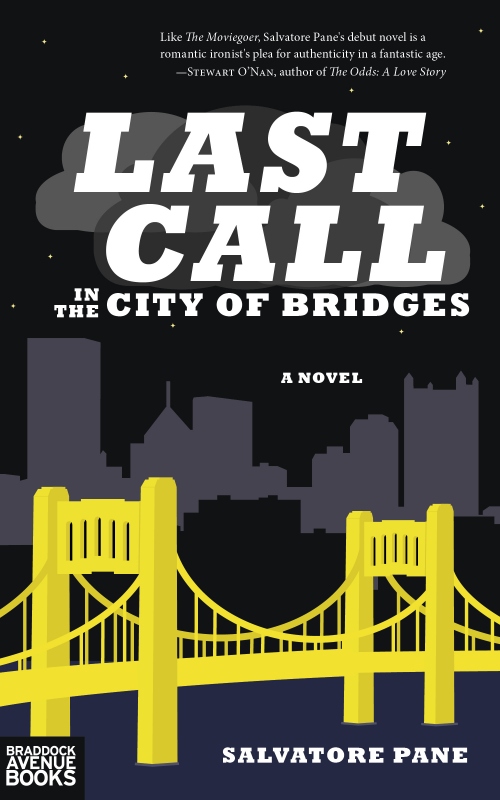 Teddy Wayne: You're about the same age as your narrator, Michael Bishop, and you're connected to social media and a serious fan of video games. What made you "turn against" these things in your novel?

Salvatore Pane: I'm wholly addicted to Facebook, Twitter and Wordpress, and I just did a publicity stunt for the novel where I live-streamed myself playing Nintendo games from the '80s for five straight hours. But even I recognize the dangers in these tendencies, how people my age have less and less physical interaction with their friends and family. So much of my social life is done online, liking wedding photos and baby pictures of people I haven't actually spoken to in years. It's kind of terrifying, yet I'm totally caught up in the black hole of the internet. I can't imagine my life without it now, and that scares me. It should scare you too. 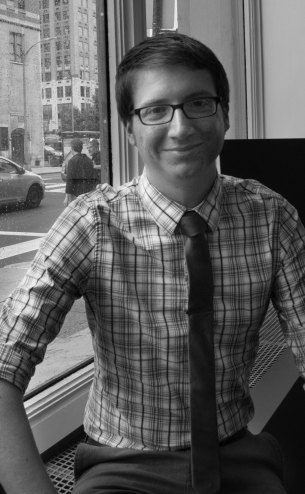 Last Call in the City of Bridges is set in a very specific historical time and is filled with real-world references. Would you talk a little about this?

In some ways, I wanted the book to have a timeless feel. It's about a young man figuring his life out and what matters. But I thought it would be disingenuous to write about a contemporary 20-something and not have his worldview completely colored by the nauseating amount of pop culture he's no doubt absorbed. Our generation came of age with Nintendo and cable television and Napster. Every conversation I have with someone in my age group inevitably circles back to pop culture, to The Walking Dead or Kanye West or what have you. I don't know how to write an honest novel about the types of people I know without using real-world references. I never even considered coming up with fake ones. It felt too artificial for a novel that in many ways is about artificiality.

Small, independent presses have undergone a real resurgence in the last few years. What are thoughts on this shift?

I love so many novels put out by the major New York publishers, and I love just as many novels put out by the smaller presses. Usually those titles are experimental or smaller in scope, and I like that, I really do. There's a boutique quality to those books. A punk rock boutique quality if that makes any sense. And there's so much more access to smaller publishers. Last Call in the City of Bridges is being put out by Braddock Avenue Books, and I spent so much time hanging out with the two founders, Jeffrey Condran and Robert Peluso. They gave me a say on every level of the book's production. The cover, the book trailer, the tour -- everything. And often, we just hung out and watched sports. I'm not sure every writer gets that kind of treatment.

Kanye West seems to serve as a moral guide post for your narrator. Why Kanye?

I worship at the altar of Kanye West. He's a musical genius, and My Beautiful Dark Twisted Fantasy is, in my opinion, the greatest piece of art anyone from my generation has yet to produce. He's in the novel because he's the perfect avatar for this generation. He's an insecure narcissist who believes he's been put on earth for a very specific reason. He thinks he's special, and he's constantly out there on Twitter making his feelings known, making himself public. But we never get to know the real Kanye. We only get this public internet image. That's what so many of us non-famous people are producing on Facebook, not reflections of our true selves, but internet mirror house images.

Your novel uses a coming-of-age story to inform a cultural critique. Why did you decide to use this form?

Michael Bishop had to be part of the culture. He couldn't be outside of it. If I wanted to do cultural critique, I felt like I couldn't have him be a 70-year-old professor thinking about the Internet and smoking a pipe. Michael is a product of his generation. He was raised on Nintendo and later the Internet, MP3s, and 9/11. He loves internet culture maybe more than anyone else in the novel, but it also gnaws at him because he knows it's all artificial. But he can't pull himself out. He's less likely to delete his Facebook profile than I am.