The Salvation Army is adding healthy grocery shopping to its list of charitable endeavors.

The nonprofit opened its first full-service grocery store in Baltimore on Wednesday in what it hopes will be the first of many stores to help combat the nation’s number of “food deserts,” which are disadvantaged neighborhoods lacking stores that sell fresh meats and produce.

DMG Foods, which is named after the organization’s promise of “doing the most good,” opened in northeast Baltimore with the goal of providing local residents with nutritious, low-cost food as well as nutrition guidance, meal planning and job training.

Couldn't be happier about our partnership with the @SalArmyCM first grocery store, DMG Foods! The grand opening was a huge success, and a great path forward for creating a healthier Baltimore.

The store, which has an on-site butcher and deli, as well as prepared meals and salads by Maryland’s Food Bank, is in a former Salvation Army warehouse that was renovated to offer what Hogg described as “that upper-end grocery store experience” at affordable prices.

Inside, it’s bright and spacious, he said, and it features food samplings, recipe ideas, cooking demonstrations and visits by guest chefs and city health department nutritionists.

Because it’s across the street from an elementary school, it also allows parents to pick up or drop off their children and shop for their family’s meals in the same trip, Hogg said.

Previously, he said, people would have to travel more than a quarter of a mile to find a grocery store or market, which fits within the city’s definition of a food desert. The definition also includes more than 30% of the surrounding households having no vehicle access and the medium household income at or below 185% of the federal poverty level.

“The idea is to strengthen the family table,” he said. “We want to do more than just sell groceries.”

“This serves as a beacon for the rest of this community. If we can do this here, we can do this in other parts of the city,” she said, according to local station WJZ.

In addition to providing fresh food, the store will also offer a workforce development program that will help train prospective employees. It will also have special offers and discounts for those who are part of the federal Supplemental Nutrition Assistance Program, also known as food stamps.

Any money that is made from the operation will be donated to Catherine’s Cottage, a local facility run by the Salvation Army that offers support to human trafficking survivors, Hogg said.

“What we’re trying to do is create an environment where the community feels welcome and where they’re engaging for the betterment of their community,” Hogg said.

The Baltimore store is considered the Salvation Army’s test site. It hopes to open more stores around the country if this one succeeds and there is eagerness among outside communities to get involved.

Thus far, Hogg said, he’s received calls from around the world inquiring about their efforts.

“We think that we’re going to be successful, but you can’t make any judgment calls after four days of work.” 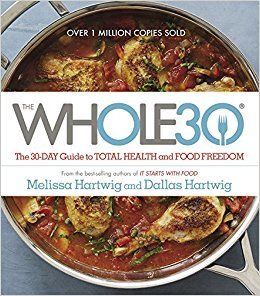