For someone in their mid-to-late 30s, 1980's "Flash Gordon" holds a dear, dear place in that person's heart, no matter how campy it might be. (Not to mention, it has a pretty nifty soundtrack.) So, yes, of course Seth MacFarlane -- already famous for his pop-culture references -- is a fan of "Flash Gordon." As such, it should come as a shock to no one that the man who played Flash Gordon, Sam Jones, also plays a pretty significant role in MacFarlane's "Ted." As himself, of course.

With "Ted" due out on DVD and Blu-ray on Dec. 11, we spoke to Jones about his days as Flash Gordon, acting alongside Dudley Moore in "10," and hanging out on the set of "The A-Team," "Riptide" and "Hunter."

How did you wind up in "Ted," anyway? Who called you first?
Well, Seth called me. He called me and told me that he was a big fan. When he saw "Flash Gordon," he was very young and it inspired him to do what he's doing now. And he wanted to know if I wanted to come on board on his film. I said, "Well, let's talk." So I went to L.A. and met with him ... and there it is! "Ted"!

Who do you find are the fans of "Flash Gordon" today?
Well, it's amazing. It's the kids, the parents and the grandparents. It really is. It's gone through all of these generations. The younger kids? It depends. But it's more the parents and the grandparents. But, kids, if they've seen it ... "Ted" really brought it out. I know a lot of people went and bought "Flash Gordon" after watching "Ted." So, the following is very eclectic.

Does it surprise you that we're still talking about it today, considering it didn't do that well at the box office?
You know, I always had this thought that eventually people would look at it as a piece of pop culture. And I knew people would see it that way and it would sort of last through time. You know, you had a lot of different dynamics going on that a lot of different people can take different parts from it. I'm even discovering new things. I haven't really sat down and watched it ... I've probably only seen the movie seven or eight times. Maybe?

That seems like an appropriate amount of times.
Yeah, but I had been at a screening or something. So as far as sitting down and watching from A to Z? Probably twice. Probably twice. But I've been in the room when it's been on and I think as actors we're very hard on ourselves.

Oh, why so?
Because I'll look at something and say, "Oh my gosh, that's the wrong choice. I should have chose to do something different there." So, that's how I am. But, as we get older, we look at things and I really didn't have time during the making of it to enjoy any part of it because of the scheduling. You would shoot one scene and you'd be pulled out to another set to rehearse then shoot that. It just never stopped. So I never had time to enjoy the costumes or the sets. And, now, when I sit back and look at it, it's like, "Wow, these people are really talented who put this together."

And you got to work with Max von Sydow.
Oh, yeah. he was wonderful. Wonderful man. Really.

In "Ted" you got to play the party guy. Has that ever been you?
You know, pieces and parts. But it's not all me. It's just pieces of me here and there that have probably accumulated over the years. In my early years, I may have fell into a few things that probably would last a couple of weeks or month out of my life, but I think it was just a fun time. You know, it was fun. It was challenging to figure out, "OK, what are we doing, Seth? You've hired me to play myself and the way it's written, it's not really the true me. So we can do a spoof or a parody or do pieces." But Seth is very creative and it worked very well. And I told him, "Flash Gordon" has a following with a lot of young children. So, there are certain things he can't do and some things he cannot say because that would confuse the children. So, he understood that.

To be fair, not many children should be watching "Ted."
Yeah, my 11-year-old has not seen it.

Probably for the best?
Yeah, but the thing is with the Blu-ray, the parents can watch it first. Then they can pick and choose the age group that should see it. Or, do what I did with my 13-year-old: when he saw it, we covered his ears a couple of times.

You did guest appearances on three of my favorite television shows when I was a kid. You were on an episode of "The A-Team."
Oh, yeah, I enjoyed it. They really made me feel at home -- it was wonderful. Had a lot of fun doing it. Mr. T and all of the guys ... but, you know, all these projects we do, they are so fast. Especially coming from a guest spot or something. It's a tight schedule. You come in, "Hey, how are you doing? Good to see you. Here we go, shoot!" Then you're on to the next one. A lot of people think, Oh, you become best buddies afterwords. No, you don't. You may see them again or you may never see them again.

So Dirk Benedict isn't calling that night wanting to hang out.
Right. Right. Correct. I saw him again almost 30 years later. I saw him in London.

Another show was "Riptide," which not everyone remembers.
Wasn't that Joe Penny? Wasn't he the lead actor?

Perry King.
Perry King! Yeah! Good guy. See, I haven't seen these guys at all. Whatever happened to Perry King?

According to Wikipedia, he was in "The Day After Tomorrow."
Oh, that's right. It's amazing how you work with somebody and it's a hit show for a year or two, or it can be a hot show for seven years.

The other one is "Hardcastle & McCormick."
I enjoyed that. I think I did that twice, didn't I? And then "Hunter." What about "Hunter"? Didn't you enjoy "Hunter"?

Of course I did. Fred Dryer. His catchphrase was "Works for me."
I think i did two or three episodes for "Hunter." And "Renegade" I did maybe three. Then there was the Chuck Norris series ...

I can only assume that Dudley Moore was a lovely man.
No, he was. He really was. He was a gracious, loving, funny, funny man. He kept everybody laughing. He danced and sang ... we had a big party in Mexico and I'll never forget it. We had this long table of I don't know how many people -- at least 25 or 30 people. And he just got on top of the table after we were done eating and just danced all of the way through and sang. Funny guy.

That's a nice story.
I had lunch almost every day when we were in Mexico with John Derek. He had some incredible Hollywood stories he told me about himself and Errol Flynn and Peter O'Toole -- that whole Rat Pack. Not the Sinatra Rat Pack, but the Errol Flynn and John Derek and Peter O'Toole Rat Pack. It was just amazing what they did in old Hollywood. 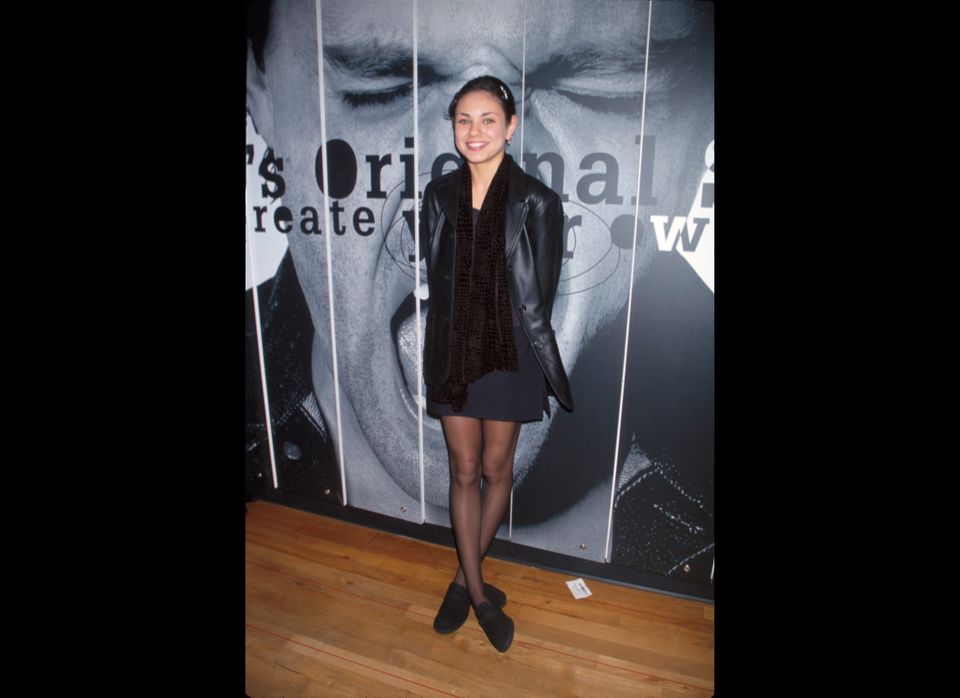