The co-creator of “The Simpsons” never imagined he would earn tens of millions of dollars from the show’s royalties when it launched in 1989, but as Sam Simon, 58, faces a terminal diagnosis, he’s decided to give it nearly all away.

When he was diagnosed with stage-4 colon cancer, the comedic genius behind "Taxi" and "The Drew Carey Show" was given three to six months to live. But Simon has wasted no time mulling over his fate, and has decided to focus his waning days on carving out his philanthropic legacy by leaving most of his fortune to the causes he cares for most, according to The Hollywood Reporter.

"In the hospital, right after that [colon surgery], I realized I had to start making plans," Simon told TMZ . 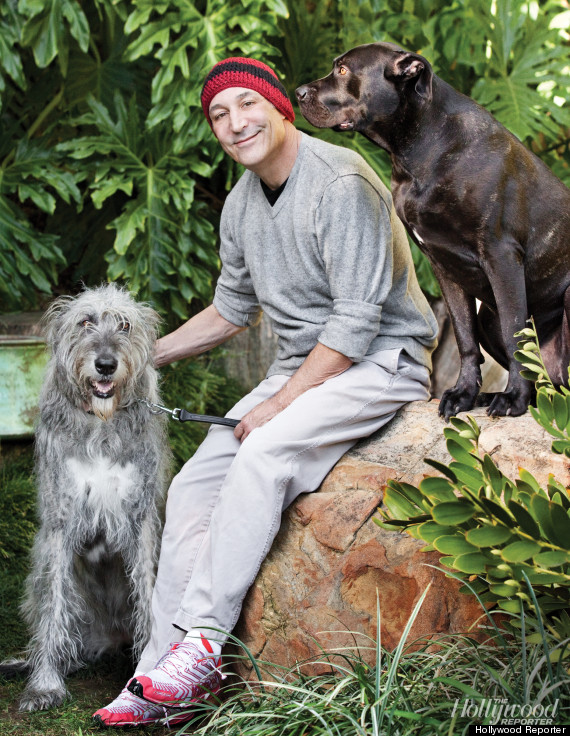 It’s a gesture that’s won over his already loyal fans.

@simonsam I just want to send you as many hugs as I can! You are a #hero a #mensch and an #artist #alifewelllived xoxoxo

Simon ranks animal rights at the top of his activism list.

He founded his eponymous charity in 2011, an organization that provides food for families in need, spays and neuters cats and dogs for free and trains service dogs to help vets who are hard of hearing. He established the nonprofit entirely with his own funds and the organization does not accept public donations, according to the charity’s website.

But Simon is candid about the behind-the-scenes role he prefers to play with his philanthropic work.

“I was never that hands-on with any of it. I've just been fortunate to find great people to run things,” Simon told The Hollywood Reporter of his charity work. “Frankly, one of the pleasures of the foundation is hanging out with the people because they are some of the nicest people in my life.”

But while Simon may prefer to remain in the backdrop, the organizations that are grateful for his contributions like to put the spotlight on his name.

A vegetarian since he was a teen, Simon has supported PETA’s work for a decade and the organization thanked him for his contributions in March by naming its Norfolk, Va., headquarters after him.

As for what’s motivated Simon to give so generously, he says that’s pretty simple.

“One thing is, I get pleasure from it,” he told The Hollywood Reporter. “I love it. I don't feel like it is an obligation.”