Following the historic coming out of Division I college football player Michael Sam, the social media backlash was both predictable and horrifying. However, one college athlete is now experiencing the repercussions of what can happen when you choose to be homophobic on Twitter.

Kent State wrestler Sam Wheeler has reportedly been suspended from the university's team after taking to Twitter to voice his feelings about Sam's decision to publicly come out.

Through Wheeler's Twitter account has since been deleted, Outrage DC managed to take a screen capture of the initial statements. 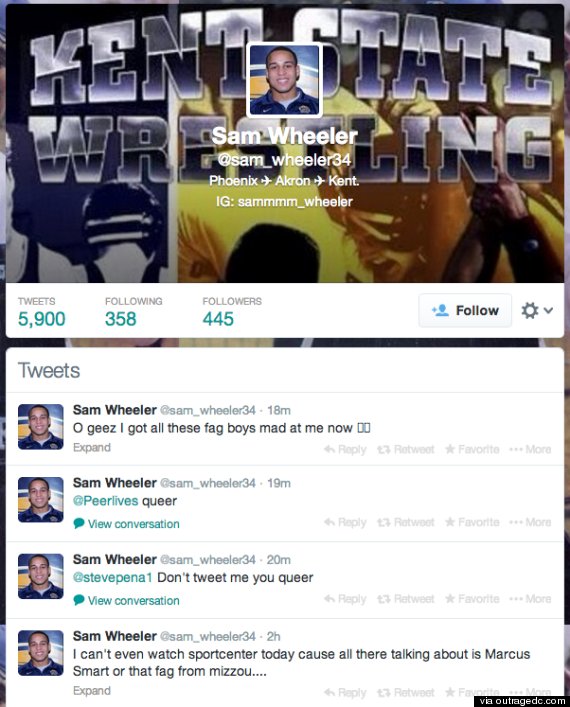 “We are aware of the insensitive tweets by one of our student athletes," Nielsen stated. "On behalf of Kent State University, we consider these comments to be ignorant and not indicative of the beliefs held by our university community as a whole. This is an educational opportunity for all of our student-athletes.”

"As an alum of Kent State University and as Sam’s head coach, I was surprised and offended by what I read on Twitter,” said Andrassy. “I have spoken to Sam personally, and while he is remorseful, he will be suspended indefinitely while we determine the best course of action moving forward.”

An end date has reportedly not set for Wheeler's suspension.