Samantha Brick is at it again. The budding British journalist and reality television star penned a column on dieting that makes a series of inflammatory claims about standards of beauty and weight obsession.

"I don't believe overweight is ever attractive," Brick wrote. "Whether we like it or not, we live in an age and a part of the world where men and women regard thin as beautiful."

The 42-year-old commentator incited what amounted to an Internet riot last April after publishing a column about why "woman hate me for being beautiful." But Brick seems to be trying to outdo herself with this new piece, which stands in sharp contrast to Dove's powerful new "Real Beauty Sketches"ad campaign that has gone viral this week. While Brick's column implies that only one type of woman can be considered attractive, the Dove campaign reminds women that they are more beautiful than they think they are.

For her part, Brick claimed in her recent column to have been on various diets for the past three decades and urged "self-respecting" women to follow her lead. She also said that she has chosen male partners who will help her stay thin. Her husband, she wrote, "has told me that if I put on weight, our marriage is over."

The column goes on to detail Brick's various diets -- some of them startlingly extreme -- and concludes thus: "The world admonished Kate Moss for claiming that 'nothing tastes as good as skinny feels' but I'd go further. As I see it, there is nothing in life that signifies failure better than fat."

Jezebel's Lindy West, who panned Brick's 2012 column for being "stunningly annoying and embarrassingly delusional," went on to note the fierce backlash against Brick's words and posited whether the Daily Mail might not be pulling one huge trick on the Internet.

HuffPost Women Associate Editor Emma Gray noted at the time that what Brick doesn't seem to realize "is that being valued -- or devalued -- for your looks alone isn't good for any women of any shape, size or level of conventional attractiveness. By running this piece, Brick and her editor(s) only underscored that point."

RELATED ON HUFFPOST: 6 Reasons Not To Diet, From The Daily Muse 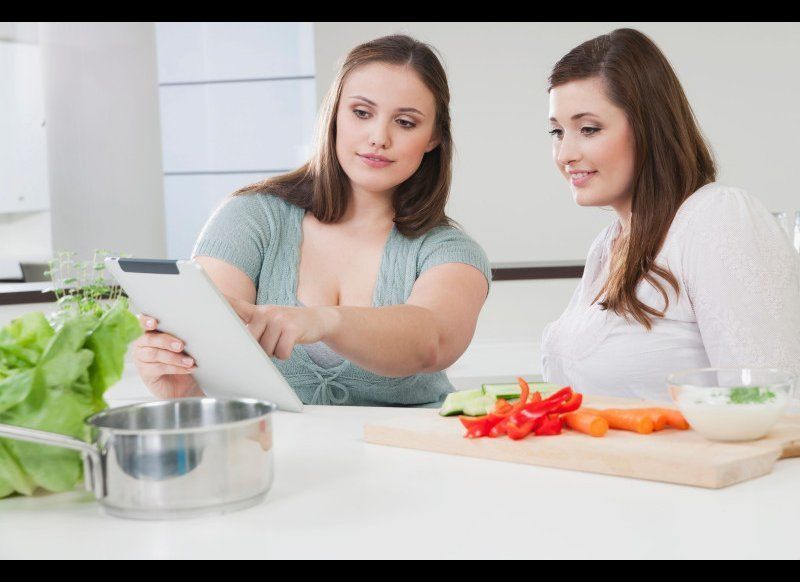 1 / 6
1. There's No "One-Size-Fits-All" Approach
Each person has unique nutritional requirements, so when experts say "eat whole wheat" or "dairy is good for you," it's a generalization - one person's food <a href="http://www.thedailymuse.com/health/your-gluten-free-social-life-a-survival-guide/" target="_hplink">may be another's poison</a>. It takes great personal attention to determine what type of lifestyle changes and diet regimen is best for you, and it'll be based on your age, activity level, genetic heritage, and personal preferences. So instead of trying to fit into a cookie-cutter eating plan, remember to be true to yourself. Learn how to eat a well-balanced diet-and one that's based on your specific needs.
Alamy