Samantha Garvey-- the Long Island high school student nominated as a semi-finalist for the prestigious Intel science award while she and her family were homeless--attended the State Of The Union Tuesday night at the invitation of Representative Steve Israel (who's also offered Garvey an internship). She met Nancy Pelosi, President Obama's Science Advisor, Dr. John Holdren, and was given a tour of the capital (see photos below).

Garvey's story has captivated the country and Wednesday morning, she appeared on the "Today" show to talk about her experience at the SOTU:

Previously, she was a guest on Ellen, where she was given a $50,000 scholarship, among other prizes:

During all the media attention, the Suffolk County Department of Social Services was able to find a new home for Samantha and her family.

And with so much good news, it hardly matters that when the Intel award finalists were announced Wednesday, Samantha wasn't one of them. 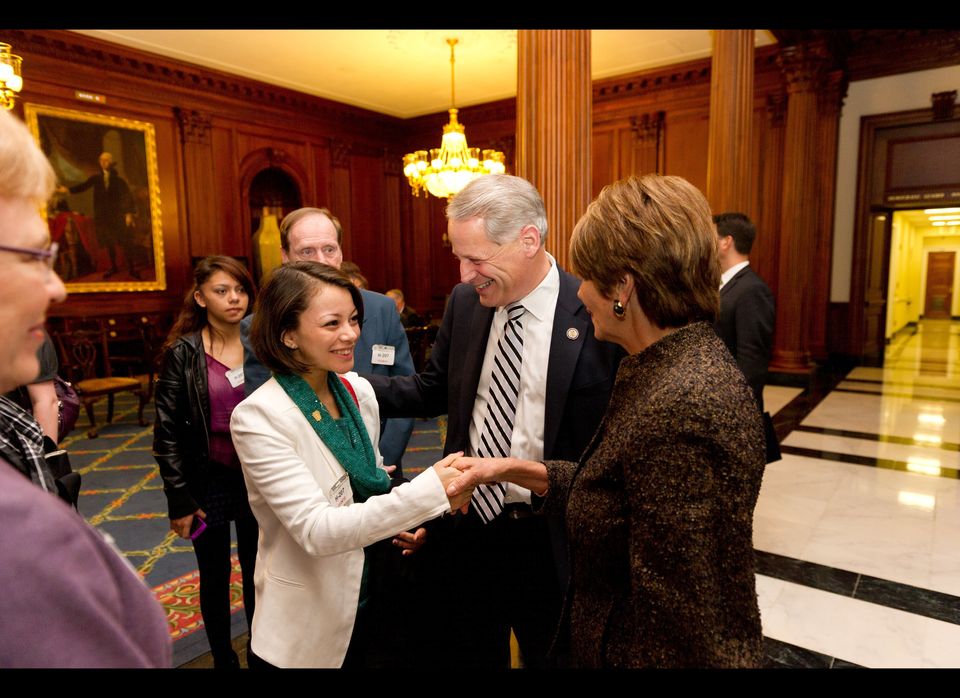