The Samaritans Trailer (2013) from Xeinium Productions on Vimeo.

Though its name may suggest otherwise, "The Samaritans" will neither tug at your heartstrings nor will it restore your faith in humanity.

The new mockumentary series, produced by Kenya-based Xeinium, profiles the fictitious relief organization Aid for Aid whose ambiguous mission is to "save Africa." The show's characters, who work out of a Kenyan field office, have no idea what that mission entails or how they’re supposed to go about fulfilling it.

But what the characters do succeed in doing is exposing the dark underbelly of the nonprofit world.

The show explores how funds are often wasted on extraneous expenses and how ill-equipped college grads are sent to spearhead major campaigns they can’t handle, "Samaritans" creator Hussein Kurji told Africa is a Country.

For example, one character named Scott is an Ivy League graduate whose only prior experience in Africa was a six-week internship in Casablanca, Morocco, according to the show’s Kickstarter site. 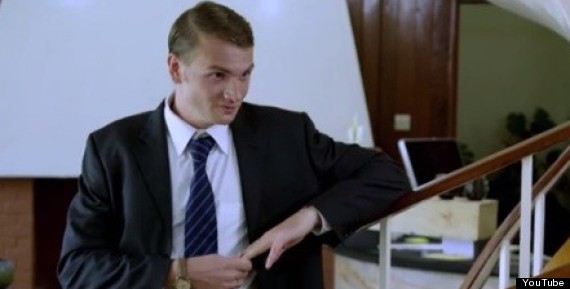 Kurji told Africa is a Country that he was inspired to develop the show because there are more than 4,000 NGOs registered in Kenya and far too many untold stories exist from these groups.

"There is no end to the crazy stories," Kurji told the outlet. "I think it kind of dawned on me when I was working at a five-star hotel here in Nairobi a few years ago that NGOs aren’t always what they seem. All these guys were gathered around eating lobster bisque and discussing how to reduce poverty. Something didn’t seem right."

Ironically enough, "The Samaritans" is functioning as something of an organization in and of itself. The production company is hoping to raise enough funds to complete the season. Find out how you can get involved here.