Trader Joe's delivered to your door the same day you ordered it?

No, you're not living in a dream world. Beginning Tuesday, grocery-delivery service Instacart launched its beta service in Chicago by allowing customers to order items from Trader Joe's to be delivered to their home within an hour, according to a news release.

The service, which originally launched in San Francisco, will add items from three other food retailers -- Dominick’s, Whole Foods and Costco -- in the weeks ahead and its current delivery area is also expected to expand in the near future, according to a spokeswoman. Customers can combine items from different retailers in the same order and membership is free.

Below, the map of Instacart's delivery area in Chicago as of Tuesday's launch: 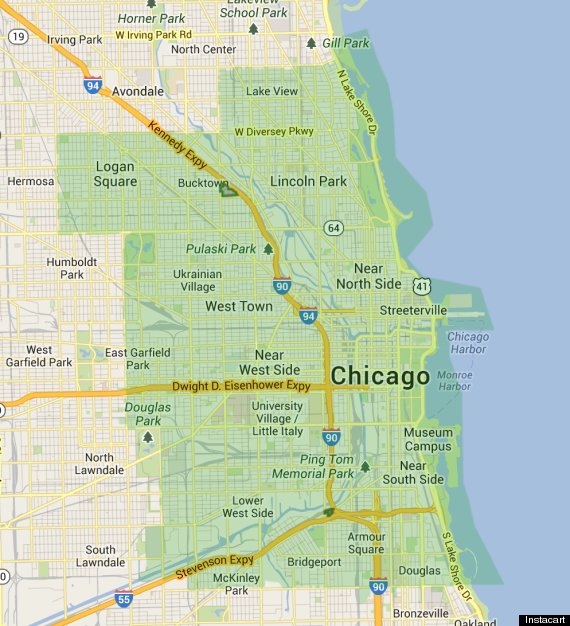 According to the Chicago Tribune, delivery within an hour will set customers back a $14.99 fee, but delivery within two hours for an order of at least $35 costs just $3.99.

While Instacart has been a hit in the Bay Area, TechCrunch questioned whether Chicago's typically unpredictable climate -- especially in the winter months -- could prove problematic for the service:

It’s as cold as the last circle of Dante’s Inferno in Chicago about half the year, and it is likely harder to delivery groceries when the landscape is iced over.

"About half the year?" Really, TechCrunch? At any rate, Instacart is expected to launch in nine more cities by the end of 2014.