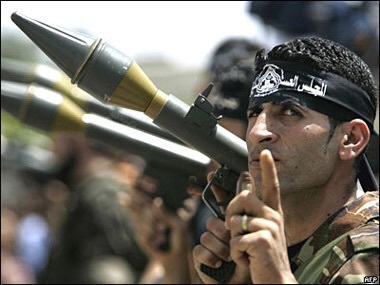 The bombing in Syria by Russia highlighted in the starkest terms the difference between President Obama and President Putin on Syria.

Both Russia and America agree ISIS has to be destroyed. President Obama's view on Syria: President Assad should be removed and a "managed transition" should occur to allow a new democratic Syria. President Putin feels Assad should be supported. He highlighted in his speech at the UN assembly, that it would be an "enormous mistake" to try removing Assad. Putin believes strongly, that Assad represents the "legitimate government of Syria". Moreover, President Putin turned his words into action when he attacked rebel groups aligned against Assad and simultaneously bombed ISIS.

When the Russian bombs fell on non ISIS rebels there was a concern that Putin was more concerned with supporting Assad then defeating ISIS. ISIS is more of a threat to Russia than it is to the United States. One of the overlooked reasons for that, is that ISIS has declared Chechnya a part of the Islamic caliphate. Thousand of ISIS fighters in Syria are from Chechnya. The last thing Putin wants is for these Chechnya ISIS fighters to return to Chechnya, which is a part of Russia. Putin needs to stop ISIS now, before it has to be dealt withmbackmat home, in Chechnya. That is why aggressive Russian military action was inevitable. Syria and Chechnya are similar in numerous ways. Putin's "track record" in Chechnya is nothing short of stellar, and his approach to Syria deserves serious consideration by the West.

President Obama predicted, that "an attempt by Russia and Iran to prop up Assad and try to pacify the population is just going to get them (Russia) stuck in a quagmire and it won't work." Russia does not see the battle in Syria as an issue of human rights or need for a democratic government. Putin believes Russia's interest in having Assad as an ally, is joined with the belief that Assad is best positioned to put a stop to ISIS. The value of supporting Assad for Putin outweighs the risk of whether Russia, as Obama asserts, gets "sucked into a quagmire". The Syrian civil war reveals an important distinction between the views of the United States and Russia. The West sees long term strategic interest in removing dictatorships, helping countries become democratic and promoting western views of human rights. President Obama wants a coalition of countries to shoulder the responsibility of protecting the Syrian people from both Assad and ISIS. Whether, in Syria or anywhere else, Putin does not see any Russian strategic interest in removing dictatorships. However well intentioned the West is in its goal of removing dictatorships and helping the humanitarian crisis in Syria, its refusal to send troops and aggressively engage militarily can only mean that Russia will continue to have an ally in Syria and will be at the forefront of the war against ISIS.