The Yorksmiths were among several dozen plaintiffs in the landmark Supreme Court case Obergefell v. Hodges. The court ruled 5-4 Friday that same-sex couples have a constitutional right to marry, legalizing marriage equality in all 50 states.

“It was very emotional,” said Yorksmith, 42. “We were expecting it to go our way, but it’s always a surprise, because no one ever knows 100 percent.” 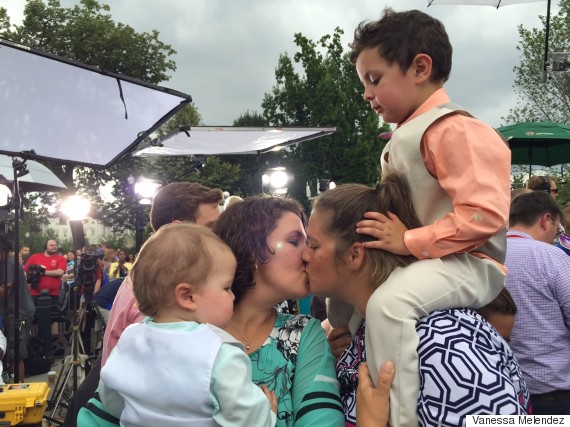 Nicole Yorksmith, left, and Pam Yorksmith celebrate Friday with their children outside the Supreme Court.

She and Nicole Yorksmith, 35, got married in California in 2008. They live in Florence, Kentucky -- where their marriage was not legally recognized -- with their two sons, Grayden, 4, and Orion, 1.

The couple joined the case after Orion got sick with croup. Pam rushed him to the emergency room, but the hospital’s records only listed Nicole, who gave birth to him, as his mother. Orion’s care was delayed until the nurse could confirm that Pam was his mother as well.

But Friday’s decision has left the couple feeling validated.

“It feels like our country really supported what we have been fighting for this whole time -- that the Constitution does guarantee us equal protection, and discrimination at this level should never be allowed,” Yorksmith said.

Kelly McCracken, 33, and her wife, Kelly Noe, 32, also joined the case out of concern for their child -- a 1-year-old girl named Ruby. 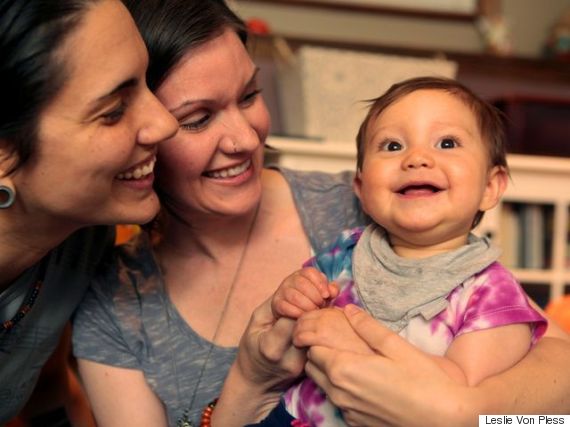 Kelly McCracken, left, and Kelly Noe with their daughter, Ruby.

“Kelly and I have dealt with discrimination all our lives, but I didn’t want Ruby to have to feel that her family is different from all the other families, because it’s not,” McCracken said. “We love her just the same. She has two moms. Some families have two dads. Some have a mom and a dad. It’s just the way it is. It’s all centered around love.”

McCracken and Noe, who live in Elsmere, Kentucky, learned about the decision Friday morning at their lawyer’s office in Cincinnati.

“There was cake waiting to be cut, we were reading SCOTUSblog as it came in and it actually really surprised us,” McCracken said. “Everybody cheered and cried. It was picture perfect. I couldn’t have imagined it any better.”

“I couldn’t help but grab Ruby and squeeze her to death,” she added. “I’m so thrilled that this happened our way. Putting ourselves out there, putting our story out there, it was all worth it.” 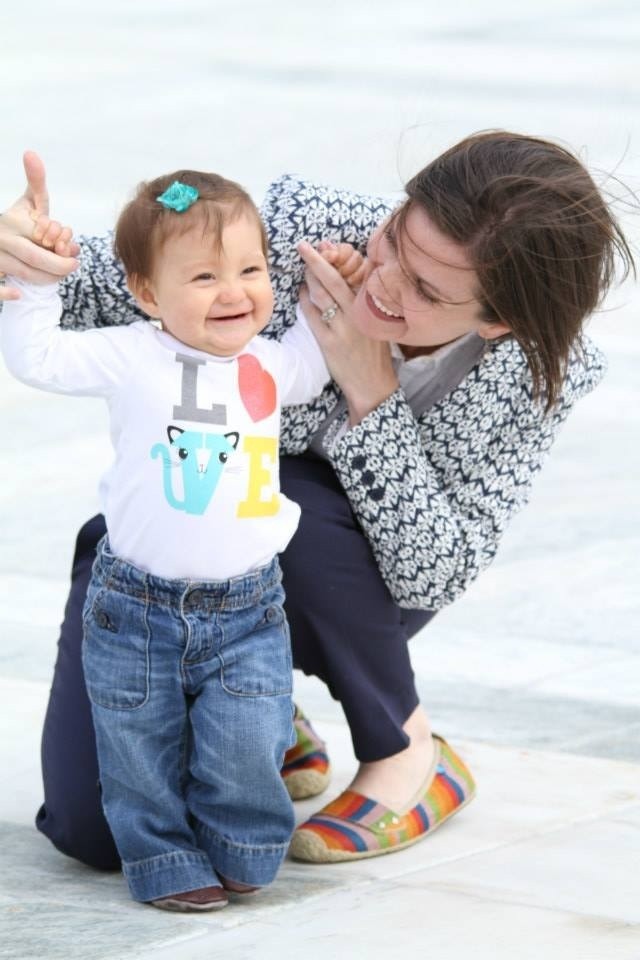 For McCracken and Noe, the ruling means a number of financial and logistical hurdles will disappear -- and they will both be legally recognized as Ruby’s parents.

“We just came in as two parents wanting to be on their child’s birth certificate, and now we have marriage equality across the country,” McCracken said. “I don’t have to feel the slightest bit disconnected anymore from my family. We’re going to be able to tell Ruby, as she gets older, that she was a part of this giant movement in history.”

The couple plans to spend the weekend celebrating, and they'll march Saturday in the Cincinnati Pride Parade.