The flower girl skipped through the aisle seats when a New Zealand couple tied the knot in an airplane on Monday, the same day the country's gay marriage law took effect.

Lynley Bendall and Ally Wanikau, a pair of childcare workers, were wed in-flight after winning a contest from Air New Zealand for same-sex couples. For their entry, the couple's three kids made a video explaining how special it'd be to see their moms married. Bendall and Wanikau met at work and have been together for 13 years. 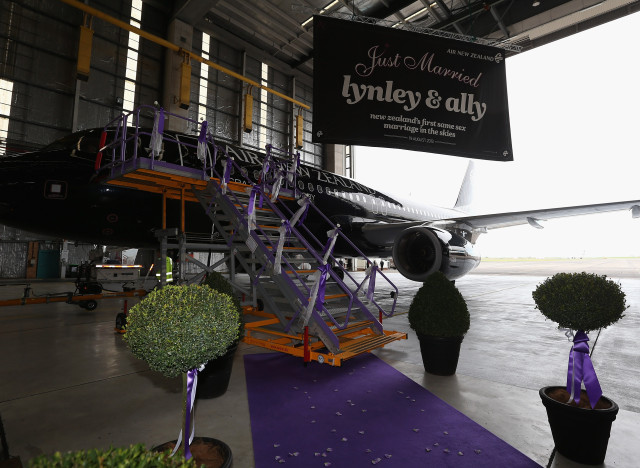 On the big day, wedding guests boarded a decked-out Air New Zealand plane and took to the skies over Queenstown. Bendall and Wanikau exchanged vows, popped champagne and landed in Auckland as a married couple.

After the plane touched down, guests enjoyed rainbow layer cake and gave the couple a little more space for a first dance outside the airplane aisles. 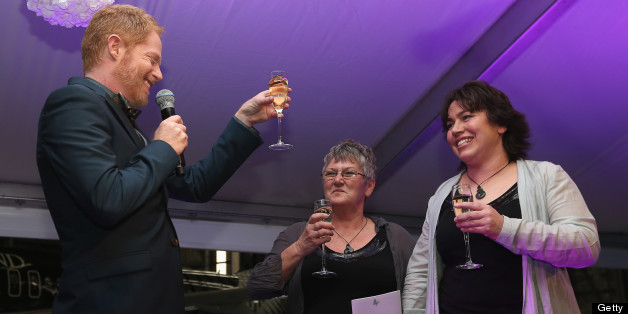 Take a look at the adorable ceremony!