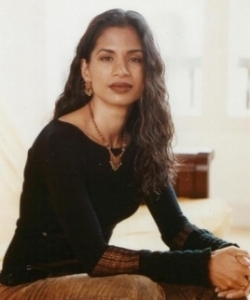 When I sat down with Liane Hansen in 2004, I was intent on not saying anything on air about my personal life. She had invited me on Weekend Edition Sunday to discuss my novel, Madras on Rainy Days, which had been released two months earlier.

Based loosely around an experience I'd been through when I was eighteen, the novel is about a young American Muslim woman who returns to India against her will to be married off to a man of her parents' choosing. In the course of the book, just as the main character, Layla, finds herself actually falling in love with her husband, he reveals himself to be gay. But her in-laws expect Layla to overlook his sexuality and find a way to make the marriage work.

The novel is a serious meditation on the various ways in which patriarchal readings of Islam are purposely used to control and limit a woman's life. Layla represents the women from my Muslim community in Hyderabad. She is told when she will stop her education, whether or not she will work, who she will marry, and even when it is appropriate for her to have sex and when it is not. In this way, her life amounts to little more than servitude, first to her parents and then to her husband.

Unfortunately, this important message was quickly lost when soon after publication. I innocently mentioned to a journalist that the inspiration for the book was my own experience. From that point on, every interview I gave centered on me, not on my book. My past became sensationalized: "Ali forced to marry a gay man!" My words were often quoted out of context, the facts twisted. What was presented as my true story was nothing more than another version of fiction.

Even book reviewers ran with this angle and wove my life into their critique of the novel. My personal story became so intertwined with my main character's that when I gave book readings audience members would often use my name in place of Layla's.

By the time I sat down in the studios of member station KQED in San Francisco, from where I would speak to Hansen in D.C., I was deeply humiliated. I had set out to write a book to help women and had become, in the process, the subject of entertainment myself, a woman who clearly couldn't even help herself. If this is what journalism had come to, it was best to keep my mouth shut.

As though anticipating my nervousness, minutes before we went on, Hansen made a point to speak to me off the record. She told me how much she enjoyed reading my novel and how confident she was of its success. I was floored. Many of the reporters who'd interviewed me had openly confessed to not having read the book. It merely served as the hook to write about my crazy life.

There was no such pretext here. Hansen was actually interviewing me as an author. I instantly relaxed. We began recording.

For the first part of the interview, we talked about the novel, which she not only described in broad plot terms to listeners but also in detail through specific, critical quotes. This was a reader every writer dreams of having. Intelligent, compassionate, open to ideas, sincere. She dared to touch upon topics other reporters wouldn't: Layla's servitude, the impact of Hindu-Muslim riots, the dichotomy of women as virgins or whores, all the themes I wanted to get across.

Not once did she ask a leading question. In fact, Hansen didn't seem to come to the interview with any agenda but to get at the truth -- and isn't that what true journalism is about?

She asked questions. She listened to my answers. She kept her attention focused on me, not once interrupting the flow of our conversation by deviating to a question she'd scripted beforehand. Instead, each question she posed arose organically from what I'd just said, allowing me to elaborate more, allowing her to dig deeper, until I was telling her the very things I'd vowed not to: yes, I'd gotten into an arranged marriage; yes, my parents and their Muslim community had disowned me for wanting to divorce him; yes, I had turned to the INS -- the U.S. government, of all things -- for help.

Liane Hansen got me to spill the beans to over 3 million listeners while making me feel like I was having a private conversation with a girlfriend, someone who's got my back.

In an era of media hype and sensationalism, she showed me that good journalism endures. Our interview helped to set the record straight on what events happened in my life and what are plot twists in a book.

And it helped to remind me of the importance of my message and of the value of good old fashion truth.

Samina Ali is the author of the award-winning novel Madras on Rainy Days. She was fortunate enough to appear twice on Weekend Edition Sunday with Liane Hansen, first in 2004 then again in 2009. Read her blog on Red Room.