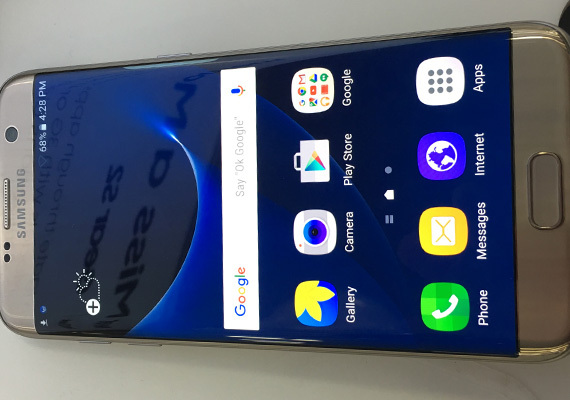 Forget Apple; Samsung has been the most innovative tech company of the last five years. While 2010's Galaxy S smartphone didn't initially break new ground, 2012's Galaxy S3 was one of the most exciting devices in technology history. At the end of the year, CNET ranked it above Apple's iPhone 5 as the best device of 2012.

"It took years of iPhone dominance and many months of Android market leadership for a phone with Google's mobile operating system to knock the iPhone off its pedestal."

And knock it off its pedestal it did. Arriving in June of 2012, the Galaxy S3 had a gorgeous 720p HD screen, was very light (thanks to the plastic build, which would later be criticized), and operated as a mobile media powerhouse. By December of 2012, you could see just as many people carrying the Galaxy S3 as you could an iPhone. It looked like Samsung was ready to take over the world.

The Note 2 came out in October of 2012 and mainstreamed what is known as the "phablet." It was like a larger Galaxy S3 that you could actually write notes on, although the note-taking really didn't reach its full promise until the Galaxy Note 4, which came out in 2014.

Then, a disaster hit: The Galaxy S4. It was known as a living gimmick, even though the phone was one of the first to have a full 1080p HD screen. One of the biggest gimmicks was the "Air View" feature, which supposedly allowed the user to see some of a program's content by hovering their finger over it. This worked so inconsistently that it was better just to touch the program and launch it. That was just one of the several gimmicks.

Each iteration of the Galaxy S series has sold less since 2013. That's a shame, especially since Samsung completely redesigned the Galaxy S6 and even made the groundbreaking Galaxy S6 Edge in 2015. After years of building plastic devices in order to save weight and cost, the S6 and S6 Edge both displayed metal bodies with gorilla glass on the front and back. The Quad HD screens on these devices were knockouts. However, Samsung didn't research their audience well enough to realize that not having a microSD card slot -- a trademark of Samsung devices that the iPhone never had -- was a big mistake. Some also didn't like the fact the battery was no longer removable, but since the battery life on the S6 and S6 Edge is so great, it became less of an issue.

On March 11, Samsung is putting out the Galaxy S7 and S7 Edge. Fifteen minutes of use with the S7 Edge was not enough for me to convince readers to upgrade if they have a Galaxy S6 or S6 Edge. The phone looks pretty much the same as the S6 Edge, but it has a bigger screen and the microSD card slot people have been asking for. However, if one doesn't have a Galaxy S6 or S6 Edge, then the S7 Edge should be a must-buy, even for iPhone users.

The best thing I noticed about the S7 Edge is that although I used it heavily for 15 minutes, the battery only depleted six percent. That's because it has a 3,600mAh battery. With the exception of the Galaxy Note 5, the S7 Edge is truly the first smartphone that one can use for two days without having to worry about carrying a charger around. Even better is the fact that the battery can recharge within an hour, whether using a wired or wireless charger. 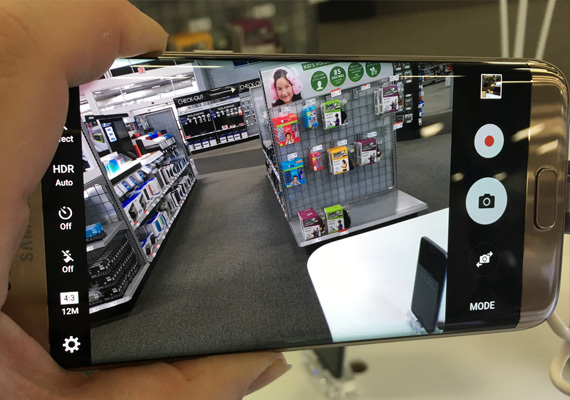 The S7 Edge camera is spectacular. [Photo by Daryl Deino]

The second best thing about the S7 Edge is the camera. Some have complained about the 12MP camera -- after all, the Galaxy S6 and S6 Edge have 16MP cameras. However, once you turn the camera app on, you'll see that Samsung made the right choice. The Dual-Pixel technology allows the camera to autofocus instantly and this isn't just on paper; it really works! In many ways, the Galaxy S7 Edge camera has similar qualities to DSLR cameras.

The most important lasting impression I left with after my trial with the S7 Edge is the fact that Samsung has made such amazing products, but doesn't get the deserved credit. People still want the iPhone, even though it lags way behind Samsung's latest phones -- at least in terms of hardware. People want simplicity and iOS is a more user-friendly operating system than Android.

As stated in a recent post, my Gear VR virtual reality headset has been collecting dust. After the initial thrill of using the device, it has become more of a hassle dealing with foggy lenses, graphics with a screen door effect, and other things that bother an obsessive-compulsive tech geek like myself. However, normal people I have shown the device to have been so blown away by the headset. One guy even had tears coming down his eyes because he couldn't believe how "massively cool" it was. Samsung offered the very first mobile virtual reality experience that could be considered decent.

Now, Samsung is going to release the Gear 360 camera, which will allow users to take high quality 360 degree photos and videos and instantly put them on their Galaxy S7 (or S7 Edge), which attaches to their Gear VR. They'll then be able to instantly immerse themselves into the virtual reality world they just filmed.

In the world of technology, Samsung deserves the equivalent of a Nobel Peace Prize. They haven't always succeeded, but when they do succeed, it is groundbreaking. One could only hope that the Galaxy S7 and S7 Edge become the beginning of a huge renaissance for Samsung and the tech industry.