A man who has a hearing impairment was able to enjoy a day free from obstacles, in the video above.

A moving, new advertisement from Samsung features a young man named Muharrem from Istanbul. For one day, Muharrem's world becomes much more accessible.

In the video above, people learn sign language and video cameras are placed around the city, in the month leading up to the big day. On Dec. 28, 2014, Muharrem ventures out with his sister. A shop employee tells him about the store's bagels. Another man offers him an apple. A woman who accidentally bumps into him, apologizes. All of them communicate through sign language.

After each encounter, Muharrem looks increasingly confused and at the 1:19 mark, he asks his sister, "What is going on?"

It's revealed toward the end of the ad by a representative signing on a large video screen that Samsung is promoting its video call center -- a feature which allows customers with hearing impairments to use sign language to communicate their questions or concerns. Muharrem realizes that the entire day has been planned around him and, overwhelmed with emotion, begins tearing up at the end of the video.

While the video may be an ad, the company representative signs a profound message that many would agree with:

"A world without barriers is our dream as well." 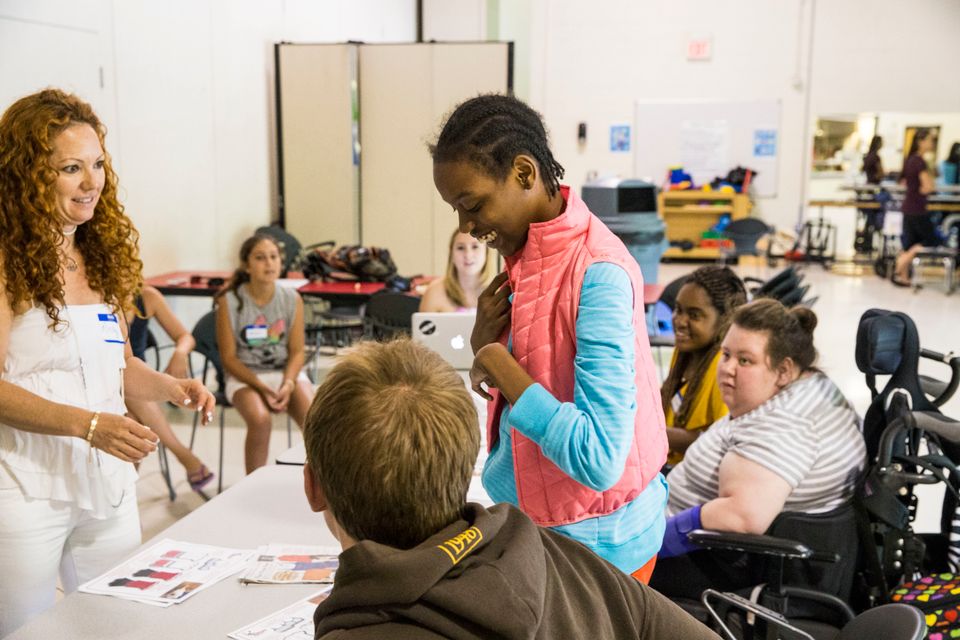