In a ruling that is sure to be as controversial as Chief Justice Roberts' healthcare decision, a British judge overseeing a patent case between Apple's iPad and Samsung's Galaxy Tab 10.1 found that shoppers would never confuse the two tablets because -- and these are the judge's words here -- Samsung tablets "are not as cool."

Bloomberg reports that Judge Colin Birss dismissed Apple's claims of patent infringement against Samsung on these grounds and that, in addition to being "not as cool," he ruled that Samsung's Galaxy tablets "do not have the same understated and extreme simplicity which is possessed by the Apple design."

You can read the entire, absurd decision online here. David Meyer of GigaOM points out that "coolness" was perhaps not even the silliest portion of Judge Birss' ruling, as Samsung had cited the Etch-A-Sketch as a product released prior to the iPad with the same "tablet" design. Birss dismissed that gambit from Samsung's attorneys, however, finding that "[t]he design constraints applicable to an Etch-A-Sketch are plainly different from those applicable to a tablet computer." (Does that mean the next iPad might have knobs?)

This ruling does not mean that the Samsung-Apple patent infringement war is suddenly over -- oh no. Your tax dollars, you'll be happy to know, are still paying for cases in various stages of argument and appeal in Australia, Germany, and the United States. At the end of June, in fact, a U.S. judge banned sales of the Galaxy Tab 10.1 in America; Samsung, of course, is appealing. Perhaps Samsung could point out how lame its tablets are, as declared by British law?

While Samsung consoles itself over being deemed uncool by the taste-making class that is the British judiciary, it does indeed have larger fish to fry. Its Galaxy Nexus smartphone is currently under heavy patent attack in the U.S. (by Apple), as is the aforementioned Galaxy Tab 10.1. Meanwhile, Samsung's new Galaxy S III smartphone has been back-ordered at some of the largest mobile carriers in America, costing Samsung some serious money, by some accounts.

For a few hours, however, Samsung can allow itself to weep over being placed in the burn book of noted "Mean Girls" fan Judge Colin Birss. Not cool, Judge Birss. Not cool. 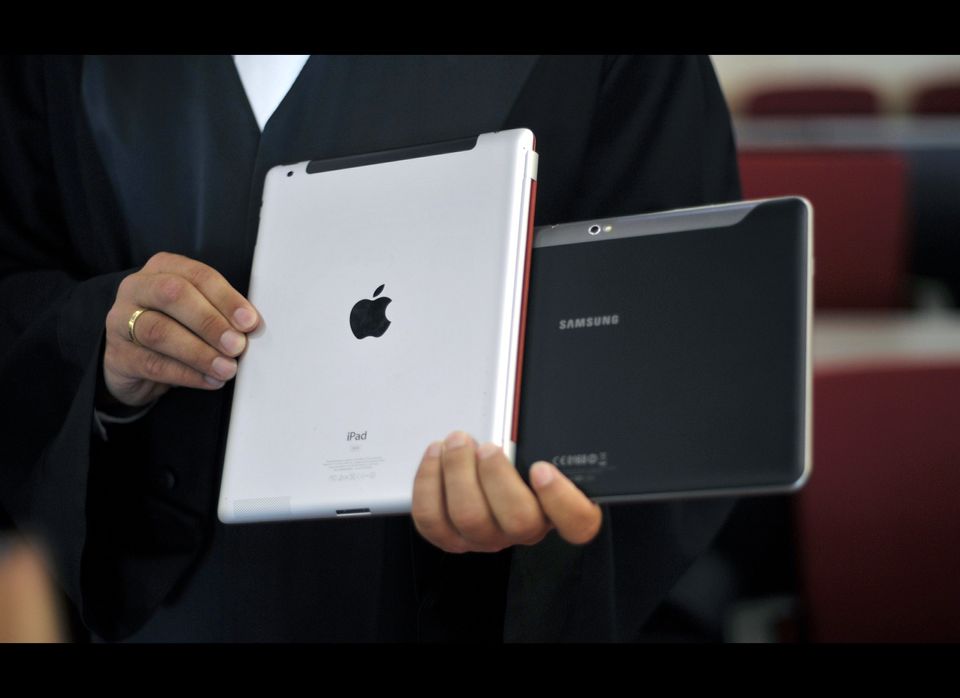