The 7-inch Samsung Galay Tabs are now available from from T-Mobile and Verizon, Engadget reports. AT&T, Sprint, and U.S. Cellular will offer the device "soon," according to Samsung's website.

Critics are also raising concerns over the Tab's price tag, which varies slightly by carrier. T-Mobile, for example, offers the device for $399 with a two-year contract, $599 without.

Reviewers have had their hands on the Tab, and the verdicts are in. We've sampled reviews from Wired, New York Times, Gizmodo,
Wall Street Journal, Engadget, PCWorld, TIME, and CrunchGear and Pocket-Lint. See who picked and who panned the 7-inch Samsung Galaxy Tab in our slideshow (below). For a hands-on look at the Samsung Galaxy Tab, click here. 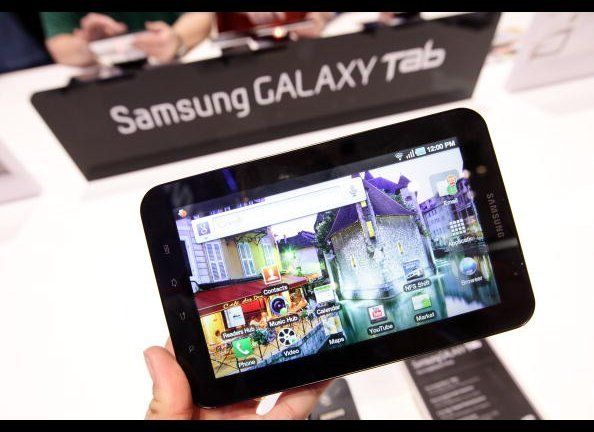 1 / 2
New York Times
David Pogue of the <em>Times</em> found the device "pricey" for a tablet, but "gorgeous" nonetheless. Pogue <a href=" http://www.nytimes.com/2010/11/11/technology/personaltech/11pogue.html?_r=1&partner=rss&emc=rss" target="_hplink">writes</a>, "With the Samsung Galaxy Tab, you’re [...] buying delicious speed and highly refined hardware. It’s just a shame that you’re buying all that for $600."
Getty