It's chilly out, and by San Diego standards, that means the mid- to high 60s. And while the birds fly south for the winter, Southern Californians are better served by terrestrial transportation. And while driving is always an option, America's Finest City is nearly equally accessible by train.

I recently headed south to check out a couple of locations that are slightly off the beaten path: inland Del Mar and the Cays on Coronado Island. Here's a sample itinerary for your consideration. So pack your weekender bag, grab your clubs and bring your appetite.

Friday evening, traffic can be brutal on the 5 south, especially at the Orange Crush bottleneck and through Camp Pendleton. Consider taking Amtrak's Pacific Surfliner, a two hour-trip which costs about $30 one way. Catch the train at Union Station in downtown L.A., which is, of course, accessible by via bus, subway or light rail from most parts of the city. 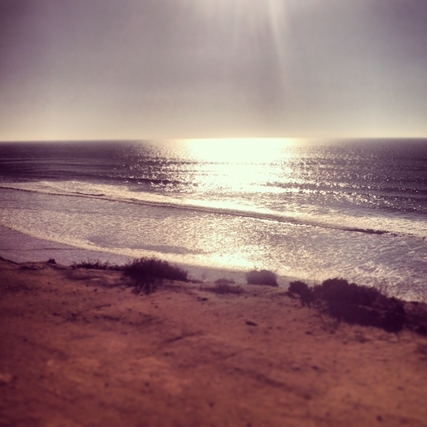 View of San Clemente coastline from the Pacific Surfliner. (Photo by Scott Bridges)

Arrive in Solano Beach and hail a cab (roughly the same amount you'd spend on valet parking) or if you've opted to drive, head a little more than a mile east on Highway 56 (Ted Williams Freeway) to Carmel Country Road and follow the signs to the Grand Del Mar, a golf and spa resort just far enough from the touristy crowds to make you forget you're in a bustling metropolis.

I took several weekend trips to San Diego last year, including a couple of stays in Del Mar Village, and had the opportunity to experience its wonderful resorts, but the Grand Del Mar is simply a cut above the rest. The service is first-rate and the accommodations are among the best in the entire county. I luxuriated in a Prado suite, which features dual master bathrooms, a pair of patios and a bedroom separated from the living room.

Friday evening, a shuttle will whisk you up to Addison, Southern California's only 5-Star/5-Diamond restaurant. On my visit, Chef William Bradley prepared one of the best meals I've enjoyed in recent memory. Perfecting the experience was a wildly creative wine pairing from sommelier Elizabeth Huettinger (formerly of Spago) with each of the four courses. 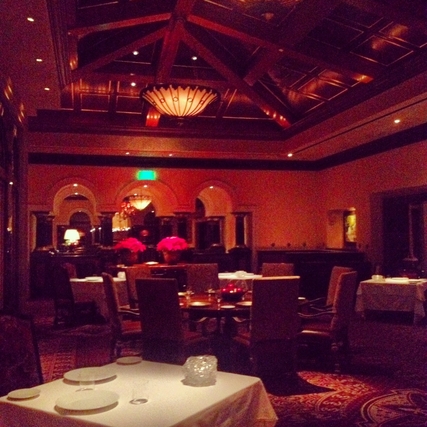 The dining room at Addison, at the Grand Del Mar. (Photo by Scott Bridges)

Bradley, a San Diego native, is also a former James Beard "Rising Star Chef" and served as sous chef at Scottsdale's The Phoenician resort, which, incidentally, features one of the very few cellars I've seen that could top the Addison's. Bradley's Ris die Veau is a revelatory glimpse into his French-inspired modern cuisine. Paired with a six-year-old Piedmont Barolo (Viberti -- "Buon Padre"), the decadent dish was the climax of an unforgettable dining experience.

Saturday morning, hit the links or indulge at the spa. Grand Del Mar's origins are steeped in golf, and this is one of the finer courses in a city renowned for year-round play. And after 18 holes, there's no better way to ease those aching muscles like a hot stone massage at the resort's Forbes' 5-star spa (one of less than two dozen in the country). The men's lounge features red leather recliners and fireplace, as well as all of the amenities you've come to expect from a first-class spa.

Saturday afternoon. I wanted to show that this trip could be done carless, but this is where some adventure comes in. Begin by catching a cab back to the train station. Take the Coaster -- the county's affordable (about $5 for this ride) and frequently running coastal train -- south to the Santa Fe Depot, downtown. When you arrive, either hoof it or, better yet, catch a pedicab -- a bicycle taxi -- about five blocks to charming Seaport Village. 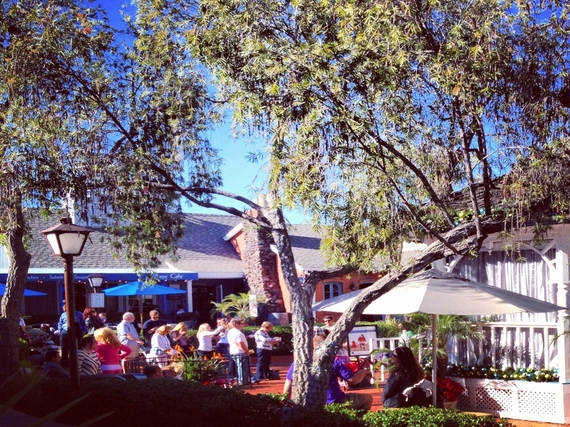 From here, it's a short walk to the ferry, where for a few bucks, you'll be delivered across Coronado Bay to the island. Back on land, a Loews shuttle will come around every hour or so to make pick-ups in the shopping center where the ferry unloads. Hop on and you'll head south to the Loews Coronado, beyond the iconic Hotel Del Coronado, to the Cays, a stretch of island where yacht owners winter.

Or you could forgo the trek and simply drive.

This narrow swath of Coronado offers a true island atmosphere. Open the windows and feel the breeze from the Pacific as you enjoy views of the bay with the San Diego skyline in the distance.

Late Saturday afternoon, head to the docks to board a sailboat (which you will have reserved in advance). Set sail across the bay as the sun casts a fiery red glow in the west. Captain Rick will even allow you to take the wheel and skipper the vessel on the open water. Or consider renting a motorboat, electric boat, jet ski, kayak or paddleboard. And for lovers, check out the Gondola Company's sunset cruise and ask for a violinist or mandolinist. 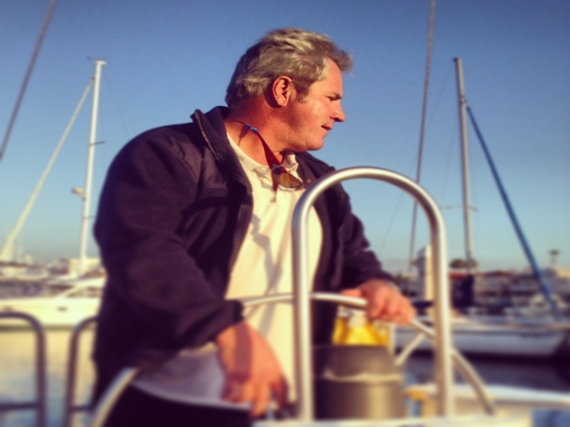 Captain Rick at the helm at the Cays on Coronado Bay. (Photo by Scott Bridges)

Having worked up an appetite at sea, come in for dinner at Mistral, the Loews' Mediterranean-inspired small plates restaurant. Here, Le Cordon Bleu-trained Adam Cho adds elements of Japanese cuisine, creating what he terms "global fusion."

Don't miss the chef's Truffle Mac and Cheese, with three cheeses, forest mushrooms and herbs; Maytag Stuffed Dates with Pancetta; and as an entrée, consider the filet in a red wine demi-glace, and served with parsnip and Peewee potato. The wine list is superb, and you'll find something for every palate. 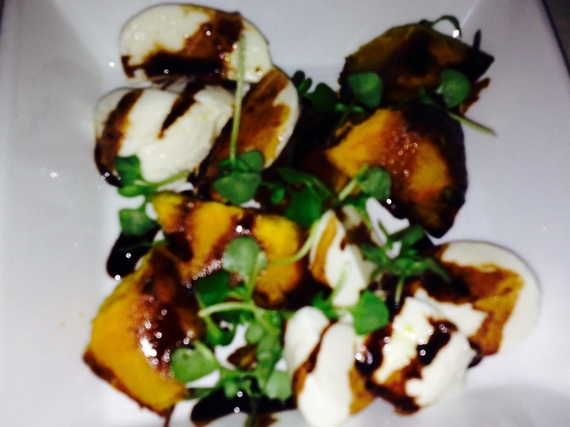 Sunday morning, before checking out and heading home, rent a bike and enjoy a short ride to town. The city of Coronado is a charming village with ice cream parlors and mom-and-pop shops of all sorts.

The weather is perfect even in mid-winter. So what are you waiting for?