This sweet little rhino is not only impossibly cute, he's also critically endangered.

Born on July 12, the black rhino calf, who doesn't have a name yet, is a "significant birth," according to staff at the San Diego Zoo Safari Park. 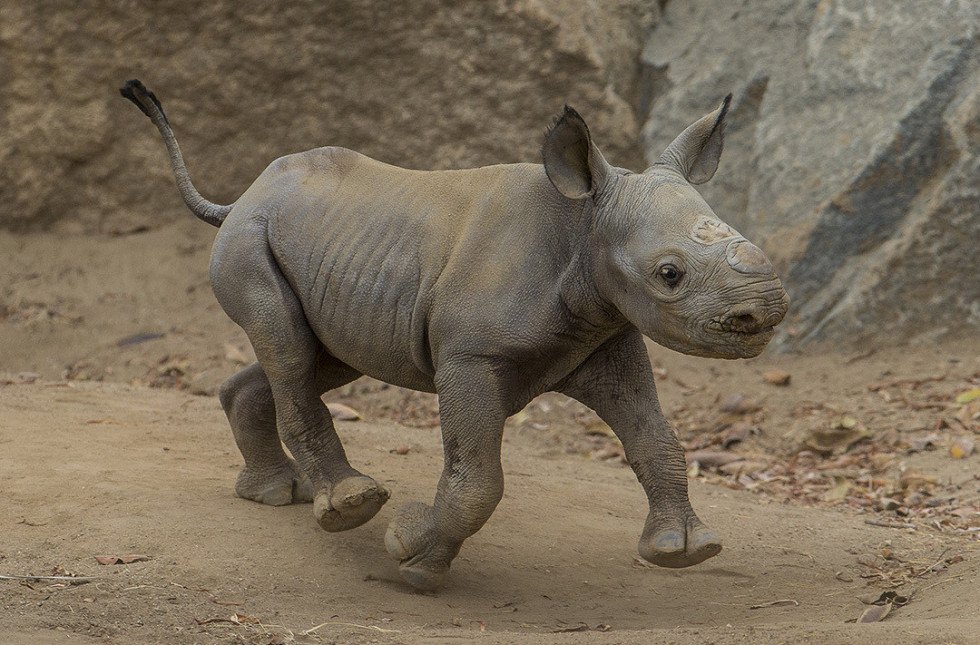 Zoo spokesperson Ina Saliklis tells HuffPost she's not sure when it will happen exactly, but "hopefully he will be named soon." Photo credit: Ken Bohn, San Diego Zoo Safari Park

“Poaching is the main reason why the numbers of black rhinos are on the decline,” Julie Anderson, a San Diego zookeeper, said in a blog post on the zoo's website. “Any birth here at the Park is an important birth, and we have been very fortunate to have a newborn baby here at the Safari Park.”

Indeed, poaching has done a real number on the tiny population of rhinos living in the wild -- and that number is 1,004.

That's how many rhinos, black and white, were killed last year in South Africa alone, according to a government statement. 2013's killings were almost double the number of rhinos killed in 2012.

Just 5,000 black rhinos live in the wild today, mostly in South Africa but also in Namibia, Zimbabwe and Kenya. The the International Union for Conservation of Nature credits "relentless hunting" as well as habitat loss for a massive population decline from the early 1900s to 1960, then "large-scale poaching" causing near-extinction in the years after that. 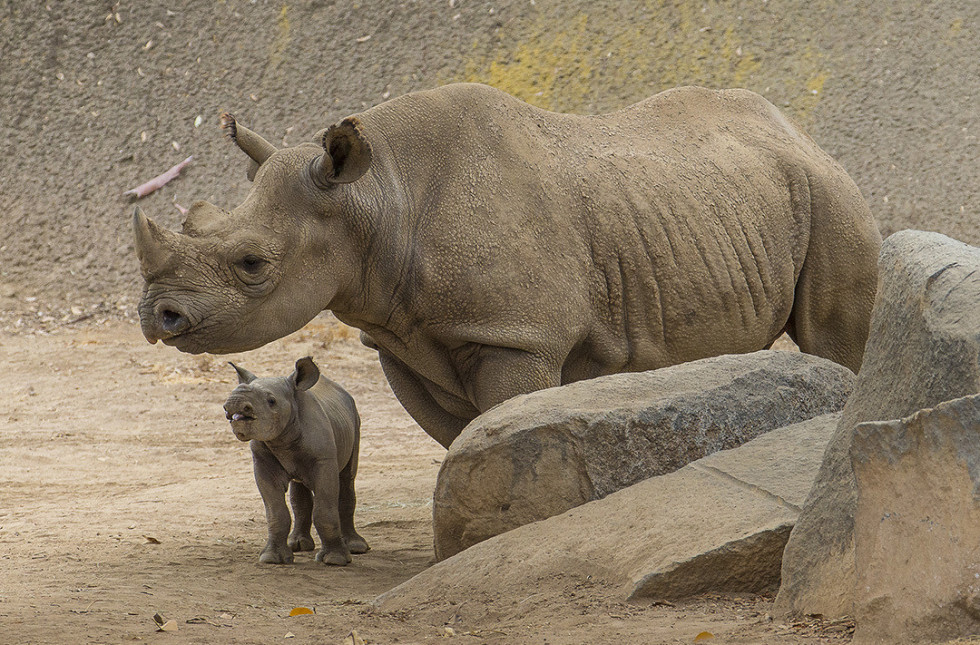 The new rhino with mom Lembe, who "is very protective of her young calf and runs around her exhibit with her tail pointed up, a cue that lets her calf know she is on alert and watching over him," according to the zoo. Photo credit: Ken Bohn, San Diego Zoo Safari Park

For these very grim statistics, this new guy is "doing fantastic" so far, according to zoo spokesperson Ina Saliklis, who says the infant now weighs somewhere between 75 and 100 pounds, which is itty bitty when you consider that the grownup weight for a male black rhino is up to about 3,000 pounds.

"Animal care staff say he is growing, running around and is able to keep up with his mom," Saliklis tells HuffPost. "They said that mom is doing a great job raising the young rhino."