Catholic students in San Francisco are speaking out against their archbishop -- and they chose one of the holiest days on the church's calendar to do so.

Hannah Regan, a 14-year-old student at Sacred Heart Cathedral Preparatory, was one of the many who sang and recited prayers outside the church. She’s been in the city’s Catholic school system for about 10 years and loves the community she’s grown up with. But on Wednesday, she came out with a challenge, holding up a sign that read, "Teach Love, Teach Justice, Teach Acceptance."

The hashtag #TeachAcceptance has become a rallying cry, she said.

"The message we’re trying to get across is that we support all of our teachers, no matter their gender, sexuality, religion or race," Hannah told The Huffington Post via a phone call. "The majority of students are very concerned about our teachers and all we want to do is show our love and support."

Archbishop Cordileone has been getting pushback from parents and even local lawmakers about efforts to clarify morality clauses that are a part of teachers’ handbooks. The changes add language that reaffirms the church’s stance against homosexuality, same-sex marriage, abortion, contraceptives and artificial insemination. Teachers who violate or even show support for these issues in public could be subject to discipline, the San Francisco Chronicle reported.

A proposed agreement with the teacher’s union would also label teachers and employees at San Francisco’s Catholic schools as "ministers," according to the Los Angeles Times. This designation allows religious organizations to hire and fire employees without government interference.

In a letter to Catholic high school teachers issued earlier this month, Cordileone wrote that all teachers are expected to "contribute to an atmosphere of holiness, virtue and familiarity with the Gospel."

"How can this occur if not all teachers agree with Catholic teachings?" he wrote.

But in a city like San Francisco, it’s hard for some young people to accept that their teachers could be fired for being visibly pro-choice or supportive of LGBT issues. 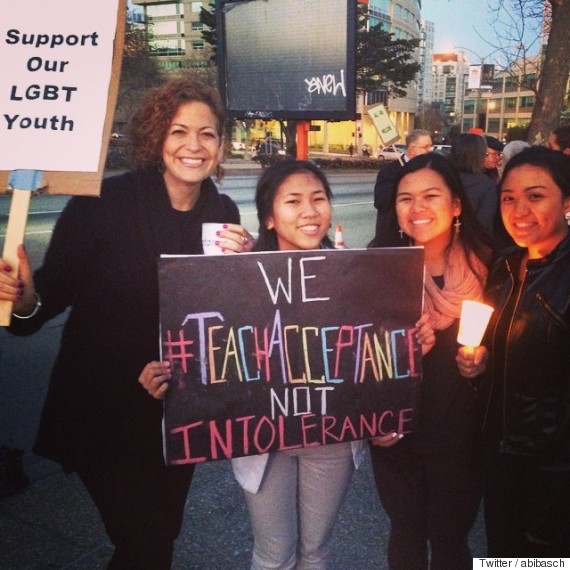 The teenager’s dad, Bob Regan, said he wanted his children to grow up in a school that emphasizes social justice and service. He found that the Catholic archdiocese schools taught all these values, but he doesn’t like the aura of exclusion the morality clauses are creating.

He looks at the example of Pope Francis, who has asked the church to spend less time denouncing sins and more time reaching out to the margins of society.

The San Francisco Chronicle has called the rumblings within the city's archdiocese "the archbishop’s effort to rein in secularism at Catholic schools." And although the contracts only apply to high schools in the region, elementary schools are also feeling the results of that push.

Regan’s younger child attends Star of the Sea School, a K-8 school in San Francisco. Its priest, Rev. Joseph Illo, recently announced his decision to phase out altar girls from serving at Mass.

In an effort to reinforce Catholic doctrine, some students in grades two through six at Star of the Sea School reportedly received pamphlets that asked questions about sexual conduct on Ash Wednesday.

"It was very careless on their behalf, and you would expect anyone who works around children to be much more careful," a parent at the school Siobhan McFeeney told SFGate. "You should never show this to a 9-year-old"

Illo later apologized for the incident, admitting that some of the items for reflection were not age-appropriate.

Still, it may take much more than an apology for some families to be reconciled with the archdiocese.

Hannah says she hopes her school will one day be an open and welcoming place for both teachers and students who are struggling to make sense of their own sexuality.

"Hopefully Catholic schools will not only be publicly supportive, but willing to help struggling LGBT youth and lessen social stigma against birth control and sex education," she said. "Rather than boxing it up."