City Hall got festive this weekend at the annual Season of Giving City Hall Open House celebration. Keeping in tradition with Gavin Newsom, Mayor Ed Lee joined families on Civic Center plaza for holiday activities, a photo opp and a romp in the man-made snow park.

Though it was nearly 60 degrees, baby San Franciscans squealed with delight as they slid down the snow hill in front of City Hall, many of them experiencing snow for the first time.

Though Mayor Lee didn't offer quite the photo opportunity as last year's dashing, sled-pushing mayor, plenty of families still joined the Mayor and his wife under The World Tree of Hope -- a project of the Rainbow World Fund -- for photos and conversation.

"The holidays are a time for family and friends to gather in celebration of all we have to be thankful for and the new year ahead," said Mayor Lee in a statement. "But it is also a time to reflect on how our City can help those in need this holiday season."

As is custom, all City Hall offices were open to the public during the Sunday Open House, allowing guests to visit with city officials. City Hall also hosted a food drive and entertainment by the San Francisco Arts Commission.

Check out photos from the City Hall Open House snow park below: 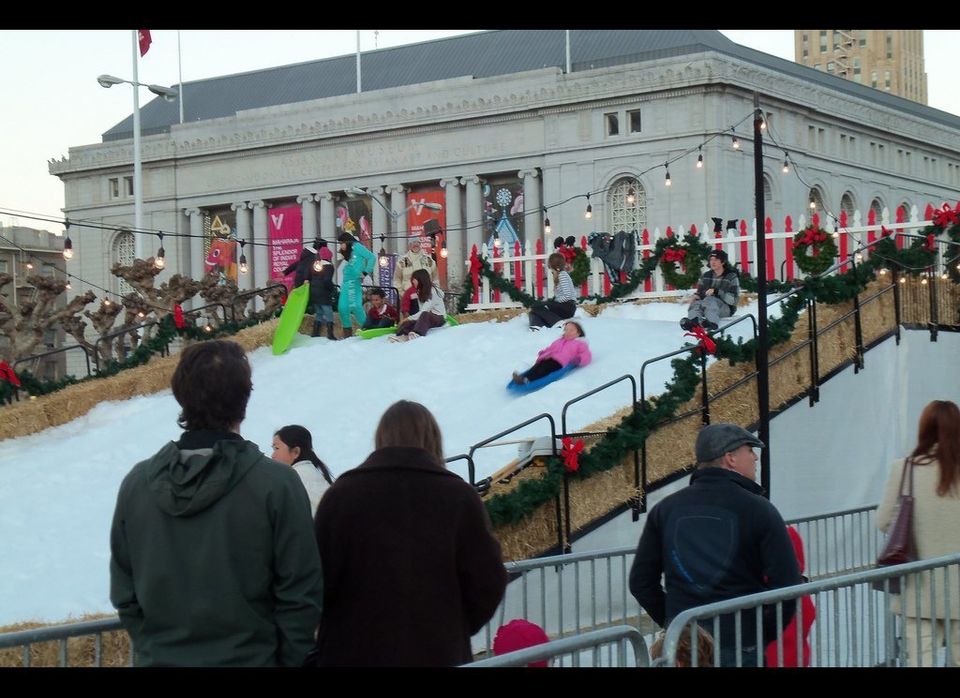