While digging during a project in downtown San Francisco, construction crews were stopped by an unexpected find: the ruins of the city's original City Hall, destroyed by the great earthquake of 1906.

"We were surprised to see it," said historic preservation specialist Rebecca Karberg, according to the Associated Press. "You never really know what's under the surface."

Crews reportedly unearthed the foundation of the building, which was buried beneath rubble in the deadly earthquake.

The imposing old City Hall collapsed in a shower of bricks, stone and steel in the 1906 earthquake. It was the largest municipal building west of Chicago and was so elaborate it took 25 years to build. The City Hall was supposed to be earthquake proof, but it collapsed in seconds after the great quake struck. It had been open for less than 10 years. Its ruins were demolished in 1909.

But while the ruins were demolished, the foundation remained, hidden beneath the soil until earlier this month.

According to the Chronicle, the find is important both to San Franciscans and archaeologists, who are using the opportunity to learn more about construction in earthquake territory.

The demolished City Hall was one of the great losses of the earthquake. In an April 26, 1906 letter to President Roosevelt, Secretary of Labor and Commerce Victor H. Metcalf detailed the destruction:

"As regards industrial and commercial losses, the conditions are appalling," he wrote. "Practically every municipal building is destroyed, forcing the city officials into scanty quarters […] three hundred thousand people were rendered homeless, and their ordinary methods of providing themselves with food, clothing and shelter being entirely destroyed."

Check out our slideshow of historic moments at San Francisco City Hall over the years: 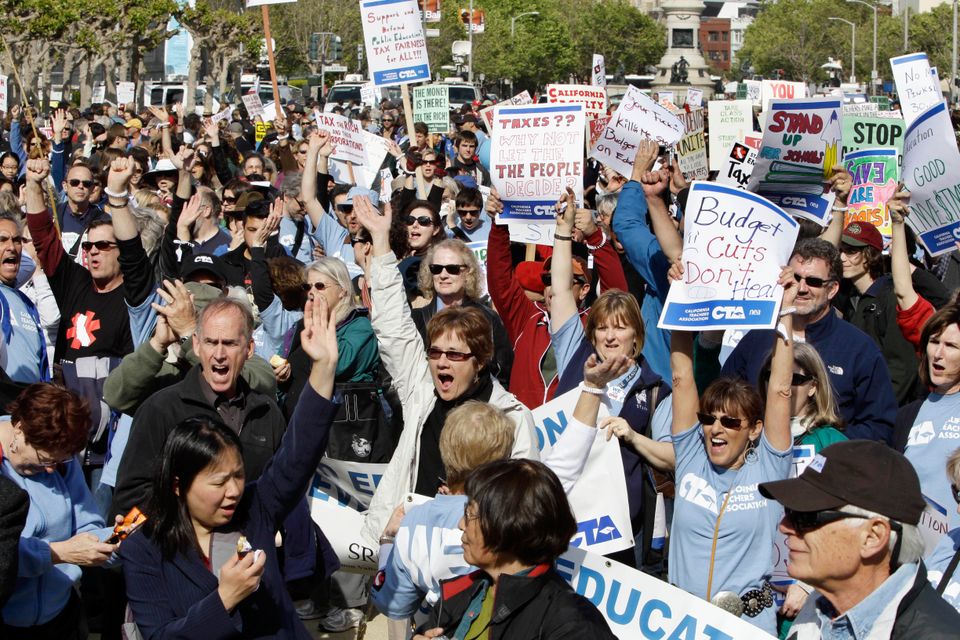 1 / 10
California Teacher Protests
Hundreds of teachers protest against budget cuts outside of City Hall. May 3, 2011.
AP