Two intriguing collage exhibitions have recently been on view in the art-booming Mission district of San Francisco: Hilary Pecis, "Half Truths and Outright Lies," at Guerrero Gallery (through March 5) and Sebastian Wahl, "Kaleidoscpe Eyes," at Gallery Hijinks (through February 26). In both, you'll find a barely controlled cacophony of imagery, captivating composition and fine craftsmanship, with a punctuation of playfulness. 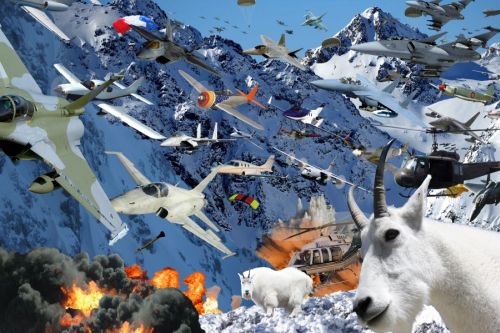 Hilary Pecis, Up to No Good, 2011; Giclee Print, edition 1 of 3; Courtesy Guerrero Gallery

San Francsico-based Pecis tries a new medium with these new works: computer-based collage. Previously, Pecis hand-cut each piece of her finely detailed works which she then often enhanced with pen-and-ink patterned "doodles." Using a computer has changed the work in two important ways: it is smoother, physically lacking the materiality of the handhewn pieces; and imagery has changed. Whereas Pecis had culled imagery from magazines -- mostly fashion magazines, which accounted for their bright colors and loads of jewels and gems -- now she's got the entire Internet and we see everything from jets to kittens and mountain goats, pillows to trains and bombs exploding. 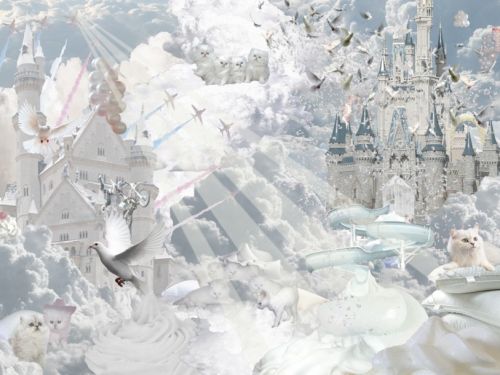 Use of the Internet played a large part in image selection; Pecis often used images that randomly appeared during her searches to create her fantasy worlds. And this links to an interest that drives this body of work: the changing face of journalism, or information sharing (and subsequent worldview building), and resulting overload, both visual and written, which is increasingly empty of substantial content, is easily replaced, and is highly repetitive and self-referential. (As the press materials reveal, The title of the show is based on an Intelligence Squared debate, "Good Riddance to Mainstream Media," which discusses the relevance and fate of traditional journalism and the blog. David Carr, a writer for the NY Times said "They become an echo chamber of half-truths, sometimes outright lies, without any real data points coming in. And so you end up with a sort of mass of people talking to each other, no one has read anything. No one knows anything. They're talking about something that someone else read that read that read that read. And we end up in a meta-world.")

One commonality that runs through almost all Pecis's work is her penchant for tight, epic scapes. And here she continues to perform at top speed. Also in this show, and not to be overlooked, are two works that stray from the herd; they are calm, tranquil, the content highly edited down--perhaps created by layering image over image? The result of which is borderline nothingness. A preview of things to come? 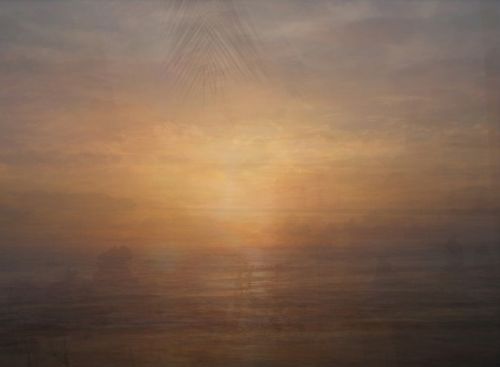 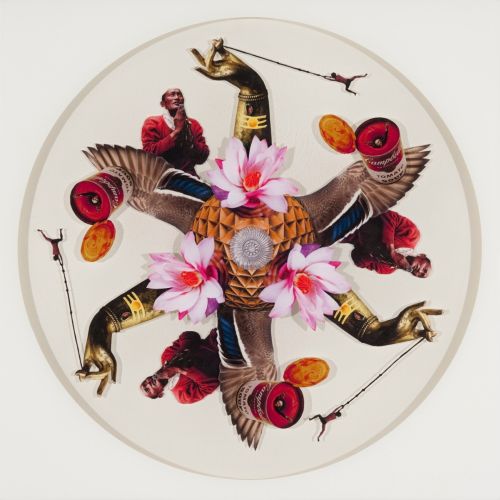 New York artist Sebastian Wahl makes his SF debut in this solo exhibition. As the title of the exhibition points to, the works are arranged in patterns of multi-reflected imagery, as if one is looking through a kaleidoscope. Wahl's hand-cut images range from cultural icons to architecture, the religious and spiritual to nature. Fine detail and careful, strangely witty placement abound: by example, a person swims in a can of tomato soup positioned on a bird's wing in Kaleidoscope Eye 1. 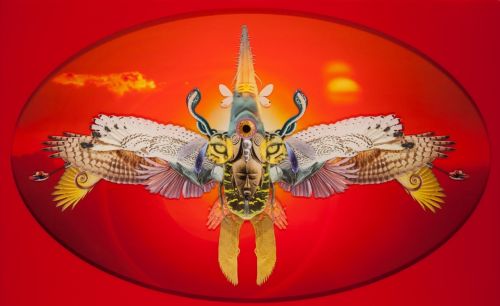 Also notable here is the craftsmanship: the works are made of up to fourteen thin layers of resin -- a medium the artist has been working in since 2006 -- each encasing its own images. This introduces an added and unexpected depth and dimension; the layers cast subtle shadows with shifting light. Wahl, a former graffiti artist, says he's interested in creating works that promote mindfulness and concentration. And this gets to the greatest strength of these works: there is a calm in the chaos. 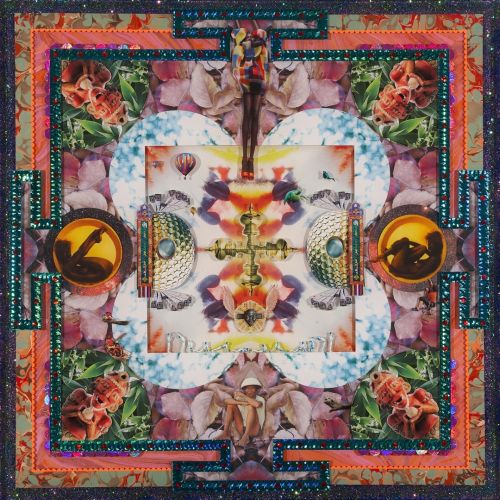